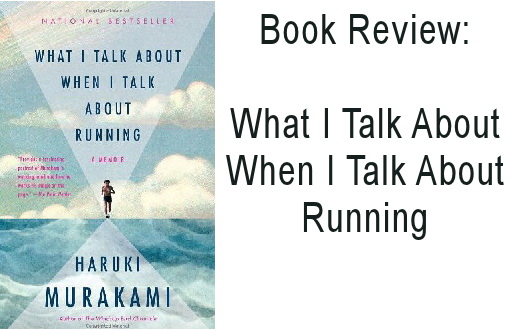 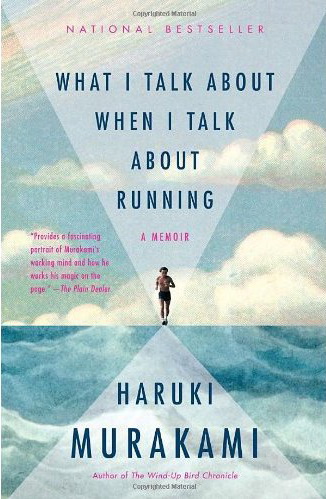 He is definitely a writer – a talented one – with a running problem, and it is a good problem to have as his hobby fuelled the inspiration for this entertaining memoir.

Murakami takes us back and forth from various locales in Japan, Hawaii, New York and Boston. We get to run through Hawaiian summers and New England and New York autumns and various seasons in Japan. We find out that he had a drastic lifestyle change from when he owned a jazz bar, where he would be up until 3:00 am, to his decision to become a professional writer in 1982 and rise and sleep with the sun; a natural rhythm. It turns out that he is a prolific napper and after his daily naps, rises to find himself completely refreshed.

I am unsure if Murakami writes in precise and short sentences because that’s how the Japanese language works and it gets carried over to English with Phillip Gabriel’s translation, or that is simply Murakami’s style, but regardless, the short and precise sentences make for easy and elegant reading.

His style is laid back prose to the extreme, where he uses “pretty much” and “sort of” repeatedly and “Pretty disorderly” and “kind of lethargic” to describe a swim and a race effort, respectively. The grammar police might be on to him, but he may write this way for his fans, of which he has many.

I suppose I can answer the above question by learning Japanese, or easier, reading some of his 10 other books, which I intend to do now that I have been introduced to him through this sort of running memoir.

Murakami, never was an elite runner or triathlete, he is a mid-packer. He admits to this in his self-deprecating and humble delivery. He didn’t like sports at school and certainly not team sports, he is uncoordinated.

He refers to the marathon as the “full marathon” repeatedly. The marathon is simply the “marathon” and serious athletes may grate at this misnomer. The phrase “full marathon” came to be as the half-marathon distance grew in popularity, but I always hated “dance-a-thon” and “walk-a-thon” to describe dancing all night or walking for several hours for charity, so perhaps it is just me.

For the more serious athlete, they will likely want to reach into the pages and strangle Murakami after he attempts marathon after marathon and an ultra-marathon on low mileage, which results in the same thing happening to him every time: a big leg-cramping fade.  He seems to think 30, 40 or 50 miles per week (50-80kms) is decent volume training for a marathon. Fifty miles per week is enough to complete a marathon, but his expectations were always higher than his performances, while his training efforts never really grew to match his goals. Some of the training and racing mistakes are laughable and the reader, no matter how experienced an athlete they may be, will find great entertainment in his self-deprecating humour as he describes them.

During the swim portion – the bane of his existence as a triathlete – he found his trusty old goggles had fogged up and they wouldn’t come clear, no matter how much he wiped them. It dawned on him, while treading water, that he did not clean the Vaseline from his hands from his pre-race lube to make pulling off his wet suit easier. As Homer Simpson would say, “doh!”

Murakami starts chapter six asking the reader, “Have you ever considered running sixty-two miles (100K) in a single day? The vast majority of people in the world (those who are sane, I should day) have never had that experience…..and for a while afterward I swear I’d never run again…..but who knows what the future will hold.”

The future held more marathons and triathlons and a half-marathon, even though he bonked and faded repeatedly, he persevered and stated that now that he looks back on the race it had  a lot of meaning for him as a runner.

“…you expect it to afford you a special sort of self-awareness. It should add a few new elements in understanding of who you are…” he writes.

“Most of what I know about writing I’ve learned through running every day.”