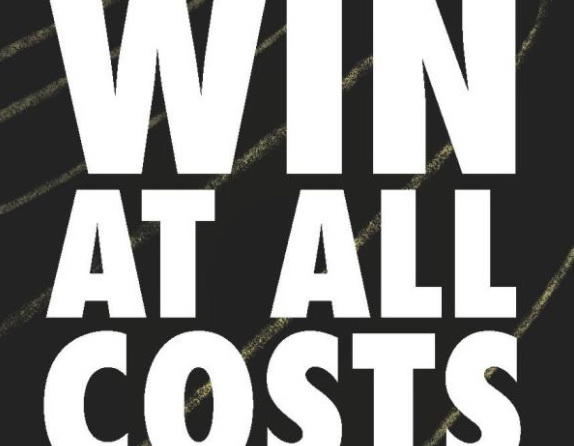 Title: Win at all Costs: Inside Nike Running and Its Culture of Deception

In May 2017, Matt Hart received a USB drive containing a single 4.7MB file with a mysterious note “Tic Toc Tic Toc,” written on it.

When he opened the only file on the drive, it wasn’t long before he discovered he was looking at a stolen report from the United States Anti-Doping Agency (USADA). The report included information from the Texas Medical Board, to do with the investigation into running coach Alberto Salazar, endocrinologist Dr. Jeffrey Brown, and alleged drug-cheating by Salazar-coached athletes, including multi-Olympic gold medallist Mo Farah, Galen Rupp, Jordan Hasay, Kara Goucher, Adam Goucher, Dathan Ritzenhein and many others.

The opening of that file started a cascade of research and eventually the beginnings of Win at All Costs.

Hart is a sports journalist who has written for the New York Times, Outside, National Geographic Adventure and the Atlantic among others. He is also a professional ultramarathon runner.

For running fans and those following the story closely much of what is contained in the book is public information. Much was already reported on at The Guardian, New York Times, Let’s Run and elsewhere. However, Hart’s work shouldn’t go unrecognized as he put the overarching story of deception together in a fashion that makes the read tough to put down.

The story is not written solely in a linear fashion but returns to other connected stories that are weaved together as the pages turn. The finish isn’t dramatic, but the accumulation of information is.

There is a cautionary tale here, that if true, speaks to the power of big money—hasn’t that tale been told enough times?

As you read, you may ask yourself, “had Salazar crossed the line in a legal sense, or has he carefully schemed to only push the envelope against the boundaries of the World Anti-Doping Agency code and criminal law?” Morally, the book serves to inform the reader that there are no ethics in Salazar’s alleged diabolical and almost sociopathic behaviour.

Salazar has been suspended for four years from coaching and his Nike Oregon Project (NOP) club has been folded. His athletes are now scattered around North America and Europe with new coaches. As the onset of the pandemic hit and super shoes (which Hart touches on) have taken over the narrative in running. We have not seen if his athletes have fared poorer since being forced to find new coaches (were they clean?).

However, Jordan Hasay and Galen Rupp, two favoured NOP athletes, have not returned to form, yet.

The finale of Win at All Costs is written in the epilogue, but the story is not over yet. Salazar has filed an appeal to the Court of Arbitration for Sport.

As a fellow journalist who has also covered the NOP and Salazar drama from the beginning, Win at All Costs was still worth reading. For those who are not in the know, get ready for a thoroughly entertaining and convincing pitch against one of the more legendary American athletes and coaches in Salazar and the biggest sports apparel company in the world. Hart is a David-in-the-making to Nike’s big shadowy Goliath.