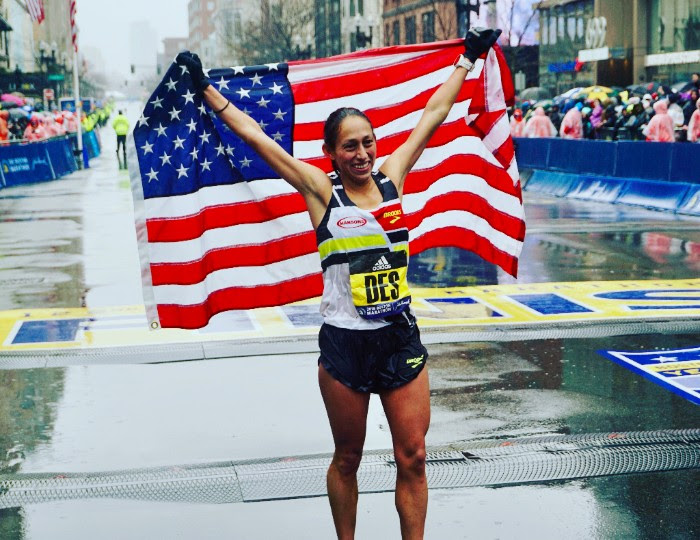 The 2018 Boston Marathon Champion, Desiree Linden, is set to participate in the 2018 Synchrony Rock ‘n’ Roll® San Diego Marathon & ½ Marathon, June 1-3. Linden will pace the two-hour runners in the half marathon as well as serve as the official starter of the race. She will also make appearances throughout the weekend’s festivities including the Saturday 5K and meet & greets with runners and spectators.

“It’s been a fun few weeks since the Boston Marathon,” said Linden. “I’m really looking forward to heading home to San Diego for a few days and taking part in the festivities at the Synchrony Rock ‘n’ Roll San Diego Half Marathon on June 3. I’ll be pacing the 2-hour group making sure I encourage as many people as I can as we run to the finish line while taking in the scenery and music along the way.”
Desiree Linden is a two-time Olympian from San Diego, California. The 34-year-old has represented the United States of America at the last two Summer Olympic Games with her best finish coming in 2016 at the Rio de Janeiro Olympic games when she placed seventh. Last month, Linden made history at the Boston Marathon when she became the first American woman to win the race in 33 years. While training for the Boston Marathon, Linden won the Humana Rock ‘n’ Roll San Antonio Half Marathon last December. Her personal best in the marathon is 2:22:38 and 1:10:34 for the half marathon.

“If you haven’t already signed up for the race, come out to America’s Finest City and join me at this year’s event,” added Linden.

Synchrony Rock ‘n’ Roll San Diego will feature two days of running with the Synchrony Rock ‘n’ Roll 5K presented by Brooks starting at 7:00 am on Saturday, June 2, followed by the marathon, half marathon, and two-person half marathon relay on Sunday, June 3. Participants can take on the “Remix Challenge” by running both Saturday and Sunday to earn an exclusive third medal in addition to each race’s finisher medals.

The musically themed marathon and half marathon will begin at its historical start line in Balboa Park and take runners on a tour of America’s Finest City. While taking in some of the best scenery of San Diego, participants will experience great runner support and community engagement as they move along to the music with live on-course bands, all new mile-markers that include speakers and race pacers who will be running with mobile speaker packs. The race concludes  with a celebratory finish line festival and post-race Toyota Rock ‘n’ Roll Concert Series headlined by The Revivalists.

Race weekend kicks off with a free Health & Fitness Expo, where runners can find the latest in running technologies, fitness apparel, health and nutrition information and interactive displays. The expo takes place at the San Diego Convention Center on Friday, June 1 from 11:00 a.m. to 7:00 p.m. and Saturday, June 2 from 9:00 a.m. to 5:00 p.m. The expo is free and open to the public.