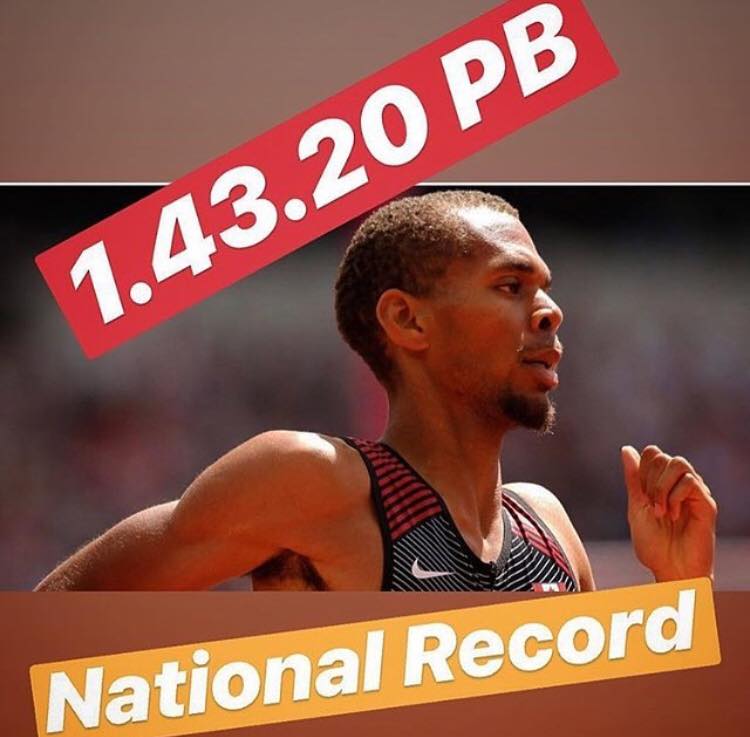 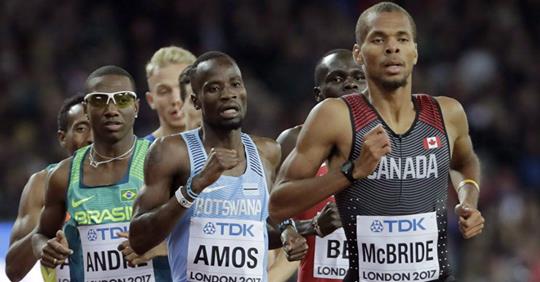 McBride, who started in lane 1, sat in third and fourth position throughout the race (including the pacer who went to 600m) and then appeared to put it all out there for the final 200m, grimacing with effort he finished second in a strong international field. They split 400m in approximately 48.9 seconds.

Monaco was the location of Reed’s record performance 10 years prior. Reed had earned an IAAF World Track and Field Championships silver medal in Osaka 2007. He finished heart-breakingly close to a bronze medal during the 2008 Beijing Olympic Games.

Justin Kent of Vancouver is currently enjoying his best track season, to date. On June 12 he ran a new personal best time at the Portland Track Festival, finishing in exactly 14:00.00. If ever there was a time to lean that was it, so to crack the 14-minute barrier. But as it turns out, he didn’t need to lean to move into the 13s, as he managed to drop nearly another seven seconds off of his best in Heusden, Belgium on July 21. 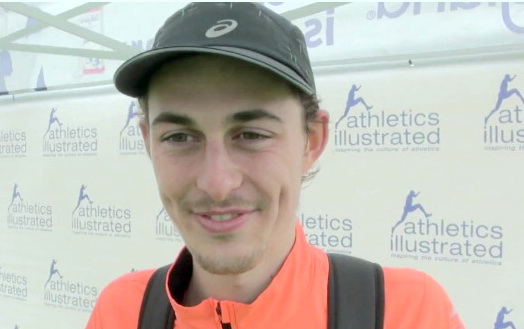 At the time of his 14:00.00 performance he told Athletics Illustrated, “I think there is still lots in the tank for next time.”

Correct he was, as he recorded a time of 13:53.32 in Heusden, the eighth-fastest time in Canada this year just behind Heatherton, NS native Mike Tate who recorded a 13:53.12 at the Payton Jordan Invitational on May 3rd.

“I am pretty happy with my race! [It was] nice to showcase some of my fitness I’ve gained this year.”

Again he feels that there is yet more in the tank.

“The race was rather tactical, so there’s still some more to shave off there,” added the BC Endurance Project athlete. “It didn’t get strung out at all until there was a km to go, so there were just a lot of guys fighting for position the whole time.”

Entering well into the 13-minute range and believing that there is more room for improvement, in the right race, gets him to the point of seeing international qualification as a reality.

For example, the standard to get into the NACAC championships that are taking place in Toronto this summer is 13:22.60 – a ways off, but closer.

Two Canadians have qualified in Mohammed Ahmed of St. Catharine’s, ON and Justyn Knight of Toronto. They have run as fast as 13:14.88 and 13:18.74 during the qualification period, respectively.

“But I’m very happy. This will at least set me up well to get into some fast races next year!”