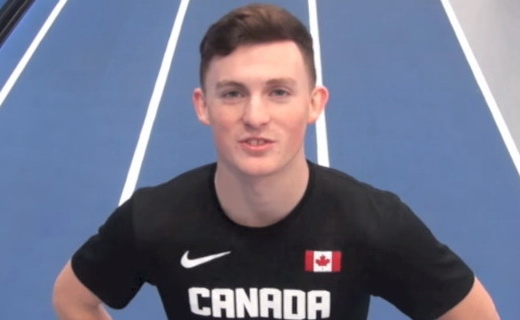 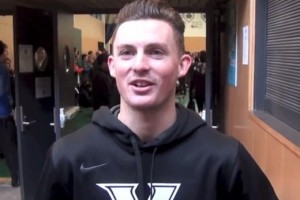 “I have the best of everything here in Victoria with my national coach Heather Henniger, the Vikes lead by Brent Fougner and all the people that I have been training with over the past year, “ shared the 17-year-old. “It’s the place where I want to be.”

The Vikes’ men’s team won the national, Canadian Interuniversity Sport Cross Country Championships in November and look to continue their strong running through to the outdoor track season during the spring of 2016.

Hoff is the current Vancouver Island High School Cross Country Champion. In November he nearly won the provincial championships, missing out by less than a second. Hoff told Athletics Illustrated, “I think I proved to some people that I can run cross country too, not just track.”

“I’m very excited to join the program at the University of Victoria,” exclaimed Hoff. “I am proud to be able to contribute to an already amazing program. I love everything about UVic and I look forward to representing the Vikes on an international and national level.”

In 2015 Hoff was nominated as BC Athletics Athlete of the Year and has ambitions to race for Canada at the Olympics. Hoff moved to Victoria in Grade 11 to train with coach Heather Hennigar, current Canadian national team coach, while the middle distance runner has also been training alongside the Vikes ever since. 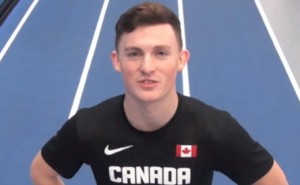 “We are very excited to have Brendan joining us next year,” said Vikes head coach Brent Fougner, recently named CIS Cross-Country Coach of the Year. “Brendan comes in with the same potential as Geoff Martinson and Thomas Riva, two of Canada’s top middle-distance runners.  Brendan has made a choice to stay in Victoria over many US offers as he sees Victoria’s program and support from the National Training Hub has the best environment to reach his running goals.”

Both Martinson and Riva excelled at both the varsity and international level and are still competing heavily to date. Martinson capped off his five years in 2009 as UVic’s Male Athlete of the Year after leading the 4×800-m relay team to a CIS four-peat. The Prince George native defended his national title in the 1500-m and ended his career with six CIS gold medals. Riva, who capped his last season off in the spring of 2015, was recently the 1500-m Canadian national champion. With the Vikes the 2015 UVic Male Athlete of the Year smashed a 19-year-old Canada West record to win gold in the 1000-m and was named a CIS All-Canadian.

Hoff has the legacies of Martinson and Riva to build off of and will get his first chance at that beginning in the fall of 2016.