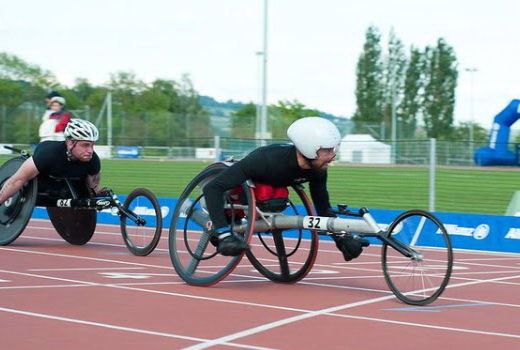 Last night Brent Lakatos of Dorval, Que., set a new World Record of 14.17 seconds in the T53 classification wheelchair 100-metres in Nottwil,Switzerland. Josh Cassidy of Toronto, Ont., finished first in the combined T53/T54 wheelchair 1500-metres and Diane Roy of Sherbrooke, Que.,placed second in the T54 wheelchair 800-metres in 1:58.70 at the Swiss Open Nationals, which are an IPC Athletics Grand Prix event.

Brent Lakatos improved the World Record of 14.34 that he set last year in London, England. He earned the win, and the World Record, after already racing earlier the same day in the 800 and 1500-metres. “I felt really good on Friday in the 200-metres, I knew I was in good shape for the sprints. However I really didn’t think I would accomplish that after the 1500-metres. My arms were tired, I didn’t think I would go that fast.”

“I am human,” Tweet reverberates around the athletics world as Sha’Carri Richardson faces ban