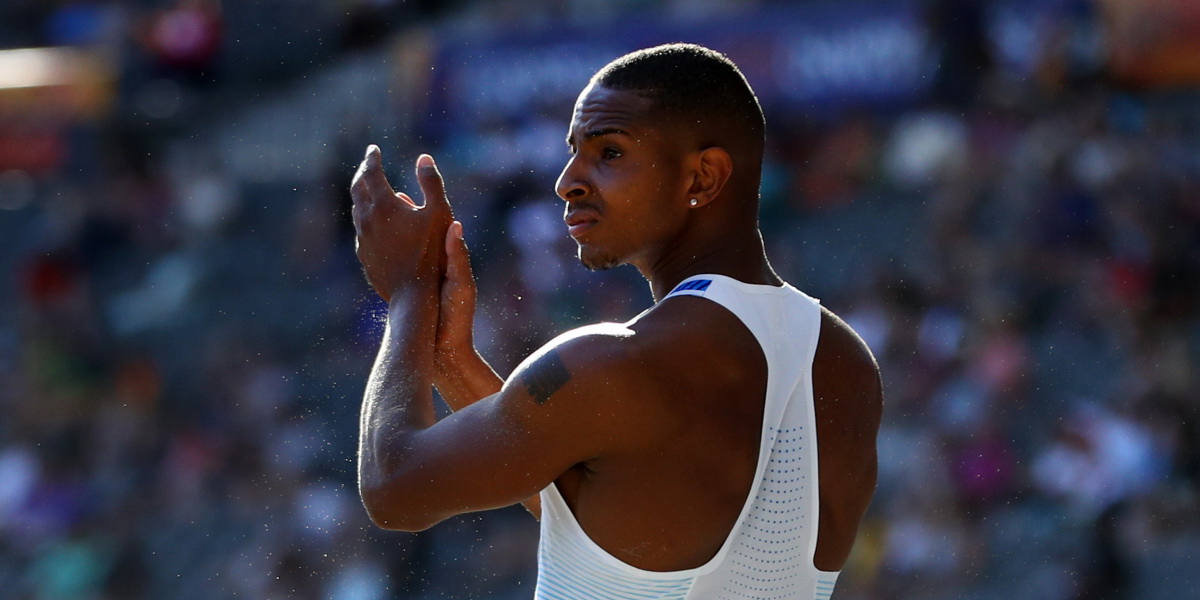 Great Britain & Northern Ireland’s 100-strong team take to the Olympic Stadium in Berlin for the start of the European Championships 2018.

Led by team captain and 2011 400m hurdles world champion Dai Greene, Britain’s largest ever team at the European Championships holds an enormous amount of talent across the board.

Temperatures in Berlin are expected to sit at an average of 31c, so it looks set to be a scorching championships on and off the track!

Yesterday saw Miller, Bramble & Neita through as the Brits kicked off the Euro Campaign.

With high medal expectations, the newly crowned European champions will sign off the British Athletics season less than a week later at the Müller Grand Prix Birmingham on Saturday 18th August.

Seven athletes were scheduled to compete for British Athletics today as qualifying action for this week’s European Championships took place at the Olympiastadion in Berlin.

Nick Miller made certain of a spot in his hammer final with his first qualifying round throw of 73.79m during a baking session in the hammer circle. Although short of the automatic distance of 76m, his best attempt took him through in 11th place for Tuesday night’s final.

Miller, who led the world rankings earlier this summer with his 80.26m throw, said of his qualifying performance:

“My coach [Tore Gustafsson] told me after my first throw ‘OK, you’re in the final’ and then stupidly I went to sleep and luckily nobody else in the field passed it. I wasn’t nervous, everything is good and I am into the final.

“I think I can do good, I am in good shape and I guess we will see what happens tomorrow. I want to go out and have fun and throw as good as I can. As long as I have fun, everything will be good, that is my main goal tomorrow to enjoy it.”

Bennet, who threw in the first of the two qualifying pools, unfortunately, could not improve upon his first round throw of 70.57m, finishing 13th in his group.

In the men’s long jump Bramble gave British fans a hard time leaving it until his third attempt to show true form with a 7.89m leap to take him to the final. Bramble fouled his first jump, then followed up with a conservative 7.57m before finding his form in his last chance.

He said: “I did what I needed to do so I am happy. It was a bit tricky, and not as straightforward as I thought it would be. Adjusting to the run-up in the three rounds I had was a bit tricky, but we got there and I am into the final.

“Now I know how the surface is and now that I have adjusted hopefully I can go out there on Wednesday and put out a big one and not have to worry.”

Sayers, on his senior international debut for Britain, unfortunately, did not make a spot in the final after his best leap of 7.68m meant he was 15th in the overall standings with only 12 set for the final.

The only British interest in the sprint qualifications was Neita, who ran in the second of the women’s 100m heats. Her 11.48 gave her fourth place but most importantly a qualifying spot courtesy of a fastest loser place and will line up in Tuesday’s semi-finals.

She said: “That’s all that matters (reaching the semi-final). I’ve made it hard for myself now, but I have got to fix it up tomorrow.

“I felt really good coming into the race, really good. I needed to win that race but it’s the heat and now it’s the semi-final and hopefully the final.”

Earlier in the day, team captain Greene who had to concede defeat to a hamstring injury he had been managing in recent weeks. Greene, who had delivered an equally hilarious and inspirational talk to his teammates yesterday evening, withdrew from today’s qualifying round of the men’s 400m hurdles after his hamstring tightened during warm up.

It left Rodger as GB & NI’s sole competitor, but he finished fifth in his heat with a time of 51.30 and did not progress out of the qualifying stage of his event.