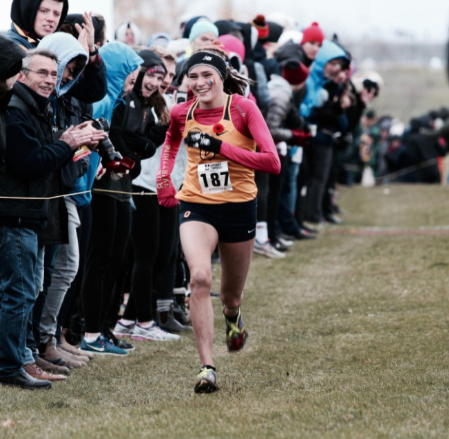 Brogan MacDougall, one of Canada’s top university-level distance runners, decided to transfer from Queen’s in Kingston, ON to the University of Wisconsin-Madison after her coach Steve Boyd was fired earlier this year. The issues for Boyd – which often trickled down to herself and fellow athletes – started long before the firing.

Boyd was let go in February after 10 years with the Gaels, for apparently contravening the university’s demands to stop making public comments regarding the firing of the University of Guelph’s Head Coach Dave Scott-Thomas.

The 19-year-old MacDougall told Athletics Illustrated, “It’s been no secret these past months have been extremely trying for Steve and his athletes. We’ve watched him be attacked from so many different corners and it takes a toll on us as I’m sure it has for him as well.”

For MacDougall and others, having Boyd as a coach was more than just him setting a weekly schedule for training or cheering on the athletes at competition. As coaches often do, he guided his athletes as they matured through high school and university (he also runs his own program Physi-KULT Running). Losing him as a mentor had a profound effect on the athletes well beyond the days and ways of an endurance athlete and university student.

“What the public doesn’t see is the panic attacks on runs, the crisis counselling, the crying in class, the attacks from our administration and so much more that we’ve suffered through not just this past month, but for years. It sounds dramatic, but people who haven’t lived through it can’t possibly understand. Steve is not well-liked by many and that extends down to me, and the entire Queen’s team. From the very beginning of my time here at Queen’s, I have felt the wrath of our high-performance director and our athletics director. I was willing to put up with it because I loved our team and having Steve as a coach. There comes a time, however, when you’re pushed constantly for years and years that you finally can’t take anymore. When Steve got fired, I quickly reached this point which is when I started exploring other options.”

The Badgers program has a strong history of producing excellent athletes. Former Canadian 10,000-metre record holder Simon Bairu of Regina was a Badger. Chris Solinsky, former Badger went on to take the American 10,000-metre record (in the same race) at Payton Jordan. Current athlete Morgan McDonald is a four-time NCAA champion. Cathy Branta, an NCAA champion during the 1984 season led the Badgers to a team win in cross-country, four of the athletes earned All-American honours, to name just a few.

Asked about the positive reasons to move to Wisconsin, MacDougall said, “I originally was interested in Wisconsin because of their geological engineering program. One thing that I am grateful to Queen’s for is that I was able to find my passion for geological engineering. I absolutely am in love with it and cannot wait to get involved in the industry. Unfortunately, it is a niche program and not many universities have it as well as a good running program. When I saw Wisconsin had a department and a stellar cross-country program, I was excited that it was a viable option. After getting to know the coach and what they’re all about, I felt it would be a great place to continue my academic and athletic career.”

So, MacDougall is going to a good place, both academically and athletically, but she will miss her days with Boyd and her fellow Gaels.

“I’ll never have enough words for what Steve means to me and my family. He has coached me from childhood to adulthood and through the years has significantly shaped my views and principles. It’s inevitable when you see someone twice a week for seven years that they will have a significant impact on who you are as a human. I think that’s why I had a lot of difficulty with the attacks he’s suffered these past months. I would project the attacks meant for him onto myself because my views are so interlinked with his. I find myself frustrated when people say we need more female coaches. There’s nothing about females that make them intrinsically better than males. In fact, they can be just as toxic and manipulative as male coaches, something my family had to deal with a few years ago. What our sport needs are better coaches, period. And that’s what we had at Queen’s.

Steve spent years watching another team win after cheating, rigging bids, unethical recruiting and more. He never deviated from his principles or compromised his athletes despite the success others were having. After years it finally paid off as we won the national championships only to have it burned down by people who are, to put it bluntly, irrelevant in university running. It’s devastating for Canadian university running to lose such an important figure at the exact time when we so desperately need people like him. I think the worst part is so many will be robbed of having Steve as their coach. I will forever be grateful for the time I did get with Steve at Queen’s despite it getting cut short because I know some will now never get the privilege of having him as a coach.”

MacDougall hasn’t had the opportunity to spend time at Wisconsin as the Covid-19 pandemic has shut the borders down, but she feels confident about the move. The women’s head coach is MacKenzie Wartenberger, who has a dozen years of experience coaching at the NCAA level.

“Despite not getting to meet the team or the coach in person, I am feeling confident that it will be a good place to run and continue my studies. They have a great geological engineering program which is what I’m ultimately passionate about in life. They also have proven themselves as a top team with many women placing very well individually. When I talk to the coach, I get the impression she has a level-headed and methodical approach to training similar to what I’m used to with Steve. She’s also been extremely patient with me as I’ve gone through this emotional and difficult process which is encouraging. I’ve been made to feel very welcomed by the members of the team so overall, I am feeling optimistic for this new adventure.

These past few months, I’ve been disappointed by the leadership in Canada. I have yet to see a statement made by USport or OUAs condemning the handling of the Guelph situation. Seeing as it happened under their banner, they should release a statement detailing how they allowed this to be ignored for 13 years. Further, I’ve been disappointed by the way the Queen’s team has been attacked by our competitors. This isn’t public information, but behind the scenes, there has been animosity and hostile interactions between us and other teams. For those reasons, I feel like it’s time to move on from Canadian university running. It’s sad because I really did love my time running for Queen’s and with my team. Unfortunately, the situation turned very bitter and toxic both at Queen’s and in the larger community. I think it’s for the best that I forge a new path in a place where I won’t have to be under a constant microscope.”