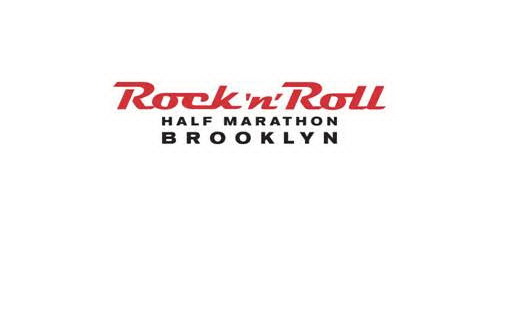 New York City has always been a place for firsts and this weekend the Big Apple’s most populous borough will host yet another: the inaugural Rock ‘n’ Roll Brooklyn Half Marathon.

An incredible atmosphere, filled with live bands amid the bright and beautiful fall foliage, is in store for 17,500 runners who will toe the start line early Saturday morning in front of the stunning Soldier’s and Sailor’s Arch at the Grand Army Plaza in Brooklyn’s Prospect Park. Ninety-two-year-old Harriette Thompson, the oldest woman in history to finish a marathon, will be honored at the start by the Leukemia & Lymphoma Society’s Team In Training program.

“Not only is this race going to be the largest inaugural half-marathon in the U.S., it’s also held in one of the most iconic running destinations – Brooklyn,” said Elisa Hoffman, the event manager. “Rock ‘n’ Roll has a history in Brooklyn as we produced a 10K from 2011 to 2013 in Prospect Park, so it was a natural progression to bring the half-marathon here. Being the inaugural year, we started from scratch for pretty much everything and have been lucky enough to work with great people from the city and parks that helped make this event possible.”

The man who pulled off the course design in America’s busiest city is New York native Ted Mettellus, the Course Operations Director for the Rock ‘n’ Roll Marathon Series. Getting roads closed in New York City is no small feat, and Mettelus has been working hard for months to give participants the very best Brooklyn running experience.

“I take great pride in producing an event in the City I call home. It’s been an honor working closely with many of the agencies that help bring iconic events to life,” he says. “It took literally dozens of versions until we got to the route we are running on Saturday and I’d like to give a huge thanks to all the city agencies that helped guide us through this process.”

After the 7:00am start at Grand Army Plaza, runners will head out and back on Eastern Parkway and Ocean Avenue before finishing at the Nethermead in the center of Prospect Park amid the vivid orange and yellow colors that make this venue one of the most beautiful parts of New York City in the fall.

“As a dedicated runner, I’m certainly excited that the Alliance and Rock ‘n’ Roll Half Marathon have partnered this way,” Sue Donoghue, president of Brooklyn’s Prospect Park Alliance. “What makes Prospect Park so special is that it brings people together across the borough. In this case it will bring people from across the country who share a love of running.”

And true to the Rock ‘n’ Roll experience, runners will be motivated and serenaded along the way with live bands and pom-pom wielding spectators in cheer zones. Following the race Nate Ruess of the Grammy-award-winning band, FUN, will perform for all the half-marathoners and their families at the Toyota Rock ‘n’ Roll Concert Series powered by iHeartRadio.

Runners from all 50 states and 32 countries will be taking part in Saturday’s “13.1-mile block party.”

“It doesn’t matter if you run a 6-minute or a 12-minute mile,” added Hoffman. “Every single person will have a blast running this event. It will be an epic experience.”