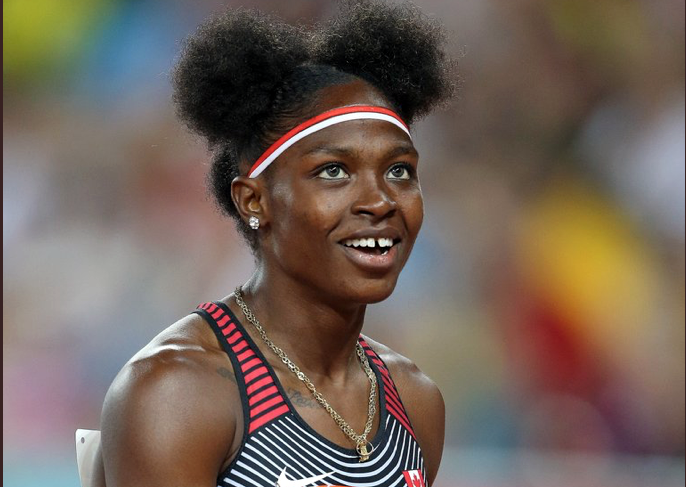 Decathlete Damian Warner, and sprinters Crystal Emmanuel and Aaron Brown doubled down on the gold medal count on Saturday at the Canadian Olympic Trials.

Warner won his second gold medal of the Trials in the men’s 110-metre hurdles with a time of 13.64 seconds. “To be honest, I thought the time would be a lot slower, with the conditions, so I’m happy with that,” said Warner. “I think that if I can run hurdles in 13.64 seconds on my worst day, then that bodes well for the decathlon.”

The Rio Olympic bronze medallist in the decathlon owns a 110m hurdles lifetime best of 13.27, which he accomplished in 2015 in Edmonton.

He is a serious medal threat for the Tokyo Olympic Games that are starting on July 23. His decathlon personal best is the national record at 8995 points which he accomplished on May 30 in Austria. He is in his best form currently. The race Saturday wasn’t close, as he bettered Craig Thorne who finished in the time of 14.18, while Pierce Lepage clocked a 14.13 for third.

Emmanuel won the 100m event on Day 1, on Saturday, during Day 2 of competition in Montreal at the Claude-Robillard Sport Facility, she took the 200m in the time of 22.83. The 29-year-old is also in great form as her personal best is 22.50, which is the national record. It appears that during the competitive Olympic Games, she should be able to at least run that time again.

Zoe Sherar finished second, while Kimberly Hyacinthe took third. They finished in the time of 23.62 and 24.81, respectively.

The rain 🌧 didn’t slow and neither did Canadian 🇨🇦 track and field athletes 💨 at the 2021 Olympic Trials presented by Bell! 👏

Catch up on what you missed on day 2️⃣ in Montreal: https://t.co/wEsczh9gYl pic.twitter.com/wDkO2rdl1S

Aaron Brown won his third consecutive national title clocking a 20.24 performance in the men’s 200-metre. “It was a little raggedy, I’m not going to lie,” said Brown. “My plan was to catch Brendon (Rodney) earlier than I did. But I caught him in the curve and brought it home. Another season’s best, so I’m chipping away at that.”

Rodney clocked a competitive 20.49 for second while Jerome Blake recorded a 20.57 for third.

Brown’s career has been overshadowed a little by Andre De Grasse having much of the limelight, however, he has been nearly as fast in both the 100m and 200m sprints. Brown has clocked a 9.95 performance in the 100m as well as a 19.95 in the 200m. He is one of the members of the national record team in the 4 x 100m Relay. De Grasse has run as fast as 9.90 and 19.80 over the two events. The difference in tenths of a second can result in Olympic medals, which De Grasse has won three at the Rio Olympic Games in the 100m, 200m, and 4 x 100m Relay.

The Tokyo Olympic standard is 13:13.50. Three men have already run faster. It would be a monumental task to unseat the three athletes who are already assumed heading to Tokyo in Luc Bruchet who clocked a 13:12.56 lifetime personal best in Vancouver two weeks ago. As well as national record holder Mo Ahmed and the second-fastest Canadian in history Justyn Knight. The two ran 12:50.12 and 12:51.93 two weeks prior in Italy. Ahmed owns the national record of 12:47.20 from July 2020.