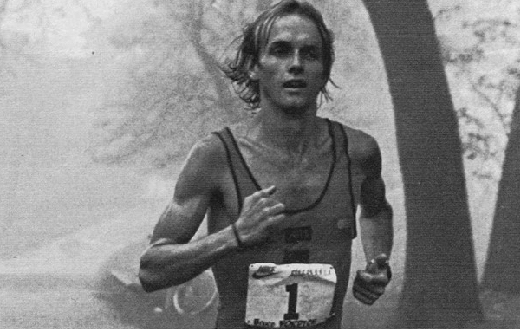 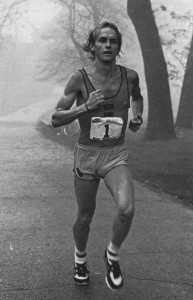 Bruce Fordyce of South Africa is one of the all-time greatest ultra-distance runners, having won the iconic Comrades Marathon a total of nine times from 1981 to 1990, giving it a pass in 1989. He also finished third in 1979 and second in 1980. He has run the event a total of 30 times, to date.

Fordyce is the current world record holder over the 50 mile distance and is the former record holder of the 100 kilometre event. He won the Brighton to London race a total of three times during years 1981, 1982 and 1983.

He is an author, motivational speaker and Chief Executive Officer of the South African Sports Trust.

Christopher Kelsall: What got you started in running? Were you running in Hong Kong or did it start in Johannesburg?

Bruce Fordyce: I only lived in Hong Kong for the first three months of my life. My father was a soldier (Gurkhas) and he was posted there. I lived in the Far East (Malaya, Singapore) until I was seven years-old, then I was schooled in Britain until I was 12. The family returned to SA then. All my school life I enjoyed athletics.

I found the longer the distance, the better. I started running seriously in June of 1976 after the Soweto Uprisings as I was depressed about the situation in our country. In addition I watched the Comrades Marathon on television that year and was inspired to run it the following year. (I returned to Hong Kong when I turned 50 and ran the Hong Kong marathon).

CK: What was the feeling like at the time when Apartheid was ended?

BF: We were euphoric at the lifting of Apartheid and the freeing of Mandela, particularly because it was a mainly bloodless revolution. I wore a black armband during the 1981 Comrades, I was protesting at the association of the race with celebrating 20 years of Apartheid rule. I was pelted with tomatoes and eggs when I ran and was a very unpopular winner with the spectators lining the route, but I made a big impression on Mandela, Tokyo Sexwale, and the political prisoners on Robben Island. It was my saddest but proudest win.

CK: Did you fear for your life?

BF: I did not really fear for my life, but I was aware that I was a target so I accepted drinks only from my team. We were told the State secret police were hoping to slip me a doped drink or something that would slow me down. I was not the only armband wearer that day, just the most prominent.

CK: What did it mean to you to receive the recognition as one of the 100 Great South Africans (64th); to be a fellow recipient along with Mandela as well as F.W. de Klerk, both instrumental in the ending of Apartheid?

BF: I felt very honoured to make the list of the top-100 South Africans, though to be brutally honest, there were some dodgy characters that also made the list. My finest honour was receiving a SA Sports award in gold during 1997 from Nelson Mandela.

CK: What an honour, are you aware of the Elders?

BF: Yes, I am aware of the Elders

CK: Is the language of Afrikaans (“language of the oppressors”) now less prominent?

BF: Afrikaans is an official language of SA (We have 11), but it is definitely less prominent than it was. I can speak a bit of Afrikaans.

CK: Can you speak Cantonese?

BF: All I can say Is Kung Hei Fat Choi, which means “Happy New Year”

CK: By the way, Diane Cummins who is from SA held the 800-metre Canadian record for over a decade at 1:58.39. She told me that she has a mad crush on you (and does not have a cat named Bruce).

CK: That’s a long way from civilization. Hopefully you ran in the summer as it gets as cold as -53 up there. Who were your mentors or running heroes?

BF: My mentors and heroes were the athletes I read about when I started running.

They would be from track: the great Lasse Viren and the most famous African of all Kipchoge Keino. On the roads it was Bill Rogers and Frank Shorter, and from ultra-running Don Ritchie and Alan Robb. Robb was a four-time Comrades champion before me. He has also run every single Comrades since 1974.

CK: That’s 41 consecutive, amazing. Who are you impressed with now?
BF: I am very impressed with the two lady Comrades champions Ellie Greenwood (2014 down run). She is Canadian and Caroline Wostman (2015 up run champion). Ellie races long ultras a bit too often in my opinion, but she is a fine athlete. Caroline is very scientific and will become only the third female runner ever to break six hours at Comrades.

CK: Ultra-running has gained popularity. What are your thoughts on the modern distance athlete?

I aimed for one or two stellar races in a year and generally got the results I was after. Now they all run everything and usually get mediocre results; having said that, there are very few “special” events to go for. If I were a younger runner now I would target the Comrades, the World 100K Championships and possibly the Two Oceans. If I were a 100-mile runner, I would aim for The Western States 100.  The rest wouldn’t interest me.

CK: What were your longest runs in training?

BF: My longest training run was usually one of about 60K. I always ran it very slowly concerning myself only with time on the legs and not with speed.
CK: What was your weekly mileage volume like when racing compared to training for big races like Comrades?

BF: I didn’t run in 1989 because a major sponsor organised a “World Championships” over 100 kilometres a few weeks before the Comrades. There was substantial prize money and the best 100K runners from around the world came to run. It was my first chance to run the standard 100K distance against the best. I was fortunate enough to win in a, then, world record of 6:25. The cost was that I was too wiped out to recover and race well at Comrades that year. Unlike many modern ultra-runners I believed in one or two major efforts each year. I learnt how to peak but after a great run I was useless for weeks.

CK: Can you describe what it is that compelled you to race the Comrades Marathon 30 times?

BF: There is a difference between racing and running a Comrades. I probably raced about half those 30 the others I ran, for charity, with mates, helping a friend through etc. In South Africa we earn permanent green numbers for running 10 or more. I have a triple green number (2403) for running 30. However, I am far behind Dave Rogers who has run 45 Comrades and Alan Robb who has run every single Comrades since 1974 (he also won four).

CK: Russian, Leonid Shvetsov is listed today as owning the record for fastest down run of the Comrades Marathon with his time of 5:20:49 from 2007, the following year he broke the up record with his performance of 5:24:49. He broke your down record. He has been implicated in quite the scandal as a drug cheat. How do you feel about that?

BF: Yes, I am aware that there is some controversy about Shvetsov, but losing the records doesn’t really worry me. The great Wally Hayward, who won five Comrades and finished the race at the age of 80, reminded me that “You only borrow records, but you keep titles”.