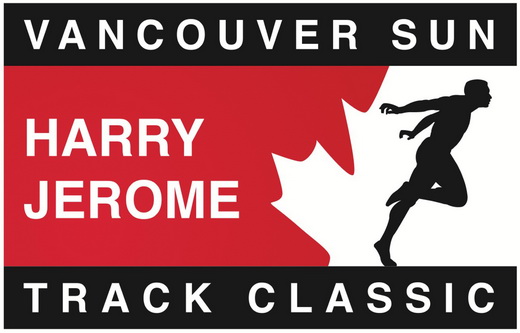 Bruny Surin, the Canadian record holder in the 100 metres, has long been retired, but the 1996 Olympic relay gold medallist could still have a significant impact at tonight’s Vancouver Sun Harry Jerome International Track Classic at Swangard Stadium.

That’s because the now 51-year-old Surin, who ran 9.84 in 1999, is in town to watch his daughter, Kat, a fast-improving 400-metre runner looking to qualify for the IAAF World Championships in Qatar beginning Sept. 29 and the 2020 Tokyo Olympics.

“Every time he comes to the track, I (run a personal best),” a smiling Kat said Wednesday at a news conference at a Vancouver hotel. “So, he’s like my lucky charm. Hopefully tomorrow I’ll PB.”

Kat Surin, who just finished up her senior season at the University of Connecticut, ran a personal best 52.44 seconds, at the NCAA Division I East Regional on May 25 and needs to go under 51.80 to qualify for worlds. She hopes to hit that mark tonight in a field that includes fellow Canadian Maya Stephens (52.86 PB) and 20-year-old American Lynna Irby, who ran a stunning 49.80 last June, one of only six women in 2018 to break the 50-second barrier.

Canada has a wealth of talent at 400-metres, with three women having already run under the world championship standard this season to rank among the top 50 in the world. Another seven have run under 52.87.

She started her collegiate career at the University of Nevada before transferring to Connecticut after her freshman season. She struggled throughout her 2018 campaign “running in the 54s even though I was trying my hardest,” but blossomed this season under the tutelage of new Huskies’ coach Jarius Cooper.

“He’s a lot more positive, he’s interested in me a lot more,” said Surin. “Everything changed. My environment is a lot better, mentally it’s a lot better. My surroundings, friends, trainers, masseuse. I just have a lot better support system and the performances were just there.”

Surin, whose older sister, Kimberley, was a tennis player at Penn State, was just six months old when her dad, who had immigrated to Quebec from Haiti as a child, won his gold medal at the Atlanta Olympics.

“At five years old, she said ‘Dad, I want to run like you,’” said the gregarious Surin. “Back then I told her ‘you are too young. Once you get 14 years old, if you still have that idea, I’m going to put you in the track club.’”

Kat was on the national junior tennis team at 14, but Bruny says she told her, “‘this is not my passion. My passion is to run.’”

Bruny enrolled her in a private school, she began running seriously and eventually generated scholarship offers from several U.S. colleges.

The Surin name helped generate some of that interest — “DNA doesn’t like,” Nevada track coach Shantel Twiggs said back in 2015 — but it also carried a level of heightened expectation. She toyed with the 100-metres in her teens before her then-coach decided she was better suited for the 400-metres.

Kat has developed a pretty good attitude toward the frequent comparisons to her father and the pressure many think comes with being the daughter of an Olympic gold medalist..

“A lot of people think that, but not really,” she says of pressure. “Whenever I compete, my mind is clear. I’m my own person.”

Bruny says seeing Kat reach the Olympics “would be amazing. I want her to succeed.”

Both of them concedes she wasn’t really ready mentally three years ago to compete at an elite level. Bruny says she was indifferent about soliciting his advice or even fully processing it when it was offered.

“About three months ago, I went to visit her at school and the way she was talking to me about her race, I said OK, she is ready psychologically. That was a big change. More and more she knows her potential.”

Kat says her biggest challenge now is balancing the desire to get the standard with the effects of a gruelling season. During the NCAA campaign from January to the end of May, she was running almost every weekend.

“Right now, I’m tired, but I’m trying to get standard, so I’m pushing through it.”

Despite some fatigue, Surin says she’s confident she can run in the low 51s and believes it could come tonight if Irby, who dropped out of Georgia in April to turn pro, is on her game.

“I know of her and I have seen her run. I’m super excited. It’s going to be a fast race, an opportunity for me to run a PR.”

“I know (Richardson) very, very well,” said Surin, who met the 54-year-old at nationals three years ago. “We talk all the time. She really thinks I can break her record. That’s cool. It pushes me to work hard. She sees a lot of herself in me.”