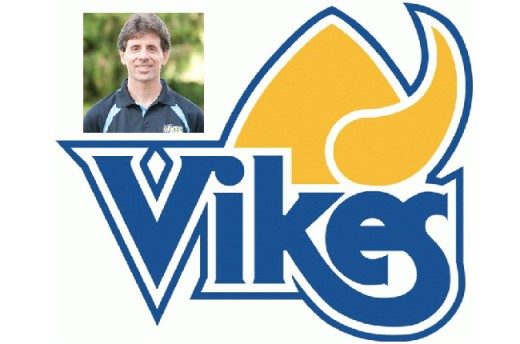 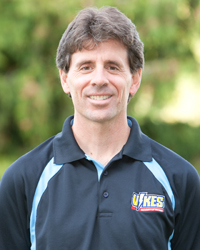 University of Victoria Vikes athletics coach Keith Butler, along with head coach Brent Fougner are seeing early returns on their collaboration during the 2011 CIS West cross-country season. Both the women’s and men’s teams finished second in the Western Washington Invitational October 8th. October 22nd the women not only finished first in the University of British Columbia Open, but also swept the podium positions. The men’s team also finished first and took the gold and silver positions.

Oak Bay High School happens to be located just a few minutes down the road from the Vike’s campus.

Christopher Kelsall: How are the cross-country teams looking this year? It appears that at the Western Washington University (WWU) both men and women finished second in that event.

Keith Butler: The WWU meet was an excellent meet for both our men’s and women’s teams. We ran the same meet last year, but two weeks later in the season, yet all of our men, and several of our women ran faster than the year before, in some cases by 20-40 second margins.

What I like about our women’s team is our depth. We have ten girls who could all run well at CIS. Coach Fougner has some tough choices to make for our top seven. Our men are coming of age a bit. Other than Cliff Childs, who is our fittest runner, the team is comprised of guys who are all in the their first, second or third year. Adapting to the 10k race distance takes some time for the men and we have reached that point with our men’s program this season.

CK: Vikes won the 2010 Canada West Championships however, finished fourth at CIS (Nationals). What are your expectations for this year?

KB: Our men and women were both fourth at CIS last year. The men’s team won Canada West while the women were second in Canada West. Our goal is to win both Canada West team titles and to finish top three at CIS. Saskatchewan on the women’s side and Regina on the men’s side appear to be the strongest Canada West opposition at this point. At the CIS level I think our women can close the gap between us and the top two women’s programs in the country, Guelph and McMaster. Guelph is the clear front runner on the men’s side with Windsor a strong second. For our men to finish third we are going to have to beat out Western, Queen’s, McMaster, Laval and Regina. The race for third is going to be tight.

CK: Does having just one fifth-year male (Cliff Childs), temper your original expectations?

KB: Not after our race in Bellingham. Rookie Ryan Cassidy is the real deal. He ran 31:41 for the 10k race distance and was totally in control. Dylan Haight is fit and super talented. We need him to put it together on race day. Our eighth runner ran 32:41 so we have very good depth this year.

CK: With the women you have three in their fifth year in Mitic, Roske and McQueen. Does maturity at CIS come into play on the road as the team is together and in big races, like Westerns and CIS?

KB: Absolutely. Mitic was a second team All-Canadian at CIS last year, Roske is the Canada West 3000m indoor champion, and McQueen raced CIS Championships for Calgary. Fourth year runner Deirdre Moran was 15th at CIS two years ago and is in the shape of her life. Stephanie Trenholm was the Western Canada Games 1500m champion and is rounding into great form after taking a well deserved slow start to the season. So our veterans are fit and experienced. Rookie Grace Annear, who came to us as a 2:11 800m runner, has demonstrated the ability to handle the cross-country training very well. And then we have yet to run Ellen Pennock, who raced the world junior triathlon championships in Beijing in September and had the fastest 5k run of all the girls in the field. But for two falls on the bike and Ellen would likely have won a medal there. We also have Brittany Therrien, who won the Western Canada Games bronze medal in the 1500m and Shauna McInnis, who is the best shape of her career.

(Ed. note): At the time of the writing Ellen Pennock took first overall at the UBC Open, October 22nd, where the women swept the podium.

CK: What have you and Fougner done differently this year to stimulate this apparent new level of fitness?

KB: We have really emphasized tempo running more than we have the past two seasons and we have done the tempo running over hills. I think this is the biggest difference, especially for the men. Racing 10k requires aerobic strength. Our athletes have noticed the difference in their early season races. The biggest factor however is that our athletes completed successful summer seasons and were able to return to training, after a two week break, very smoothly.

CK: You personally had great success at Oak Bay High School for a number of years. Was the transition to University-level athletics smooth? What were the major challenges?

KB: The biggest challenge was letting go of my role as coach at Oak Bay after 23 years with the program. It took me three years to finally make the decision to coach at UVic full time. Because I was not at all of the Vikes workouts, it was hard to form the coach/athlete relationships that are crucial to successful coaching. Brent (Fougner) has been extremely supportive of my transition and has given me the role of men’s cross-country coach. This is the first season where I feel like I am having some positive impact on the program as a coach.

CK: Do you remain involved at Oak Bay at any level? Tessa Logan is the new head coach, I understand. Was there a transition plan, where you were able to impart your experiences at Oak Bay?

KB: I had a number of roles that needed to be filled by my stepping away from the high school scene in Victoria. I was league commissioner for both cross-country and track and field as well as the Island Zone Rep for both disciplines. Brad Cunningham (Reynolds) and Paul O’Callaghan (GNS) both agreed to take these roles on and have done a terrific job so far. Of course, filling the Oak Bay coaching positions was a priority as well. Tessa assisted me last fall so she was a natural fit. I was impressed with her enthusiasm and organizational skills and she has a very good rapport with the students. If she can add the coaching knowledge she will become an outstanding coach.

I ran our traditional cross-country camp in August and Tessa came as a coach so the torch was passed then. Mike Sheffer, my longtime co-coach with the track and field team at Oak Bay, will take over as head coach this spring. I have not gone to one Oak Bay high school training session or meet this fall, but have provided lots of advice and will keep doing so as long as needed. I won’t be able to stay away from the Island Championships Oct 26th however. I will be in the woods racing around the course on my secret trails, cheering on the runners in green and white.

CK: Is recruiting for UVic an easy job considering the city, climate and Vikes history?

KB: Now that CIS schools are able to offer Athletic Financial Awards which can cover the costs up to full tuition, the recruiting landscape is quite competitive. The NCAA schools also recruit the top Canadians. However, we have lots to sell to a prospective student athlete about Victoria and our program.

Victoria is considered a destination university. Seventy-eight percent of UVic’s students come from cities outside Victoria. The climate, the west coast lifestyle, our picturesque campus, definitely help. Victoria is also the National Endurance Center. Brent Fougner and Wynn Gmitroski are the national team center coaches so the coaching expertise is high. UVic also specializes in middle distance and cross-country. Thus our team size is small, 18 men and 18 women this year, so athletes receive full attention. We can focus all of our resources on the middle distance events. We also run a full summer program even though the CIS does not. Most of our training group stays in Victoria through mid-July and when the national center athletes return from their winter base in Phoenix, Arizona. We have some amazing workout groups through the spring and summer. We are located close to excellent competition in the US and take part fully in the National Track League meets as well.

We have athletes on our team from throughout Western Canada and from as far away as New Brunswick. We expect to land some outstanding recruits for the 2012/13 season.

CK: That is a sound value proposition for prospective recruits. What is the next major meet for the Vikes?

KB: We will race our top seven men and women at the CIS Championships this Saturday, November 12th in Quebec City. Those not in the top seven will have raced the BC Club Championships October 29th in Aldergrove, BC (near Vancouver). Several athletes will then race the Athletics Canada Cross Country Championships, they happen Nov 26th in Vancouver while the others will transition to training for the indoor season, joining our 400m/800m group for some sessions.