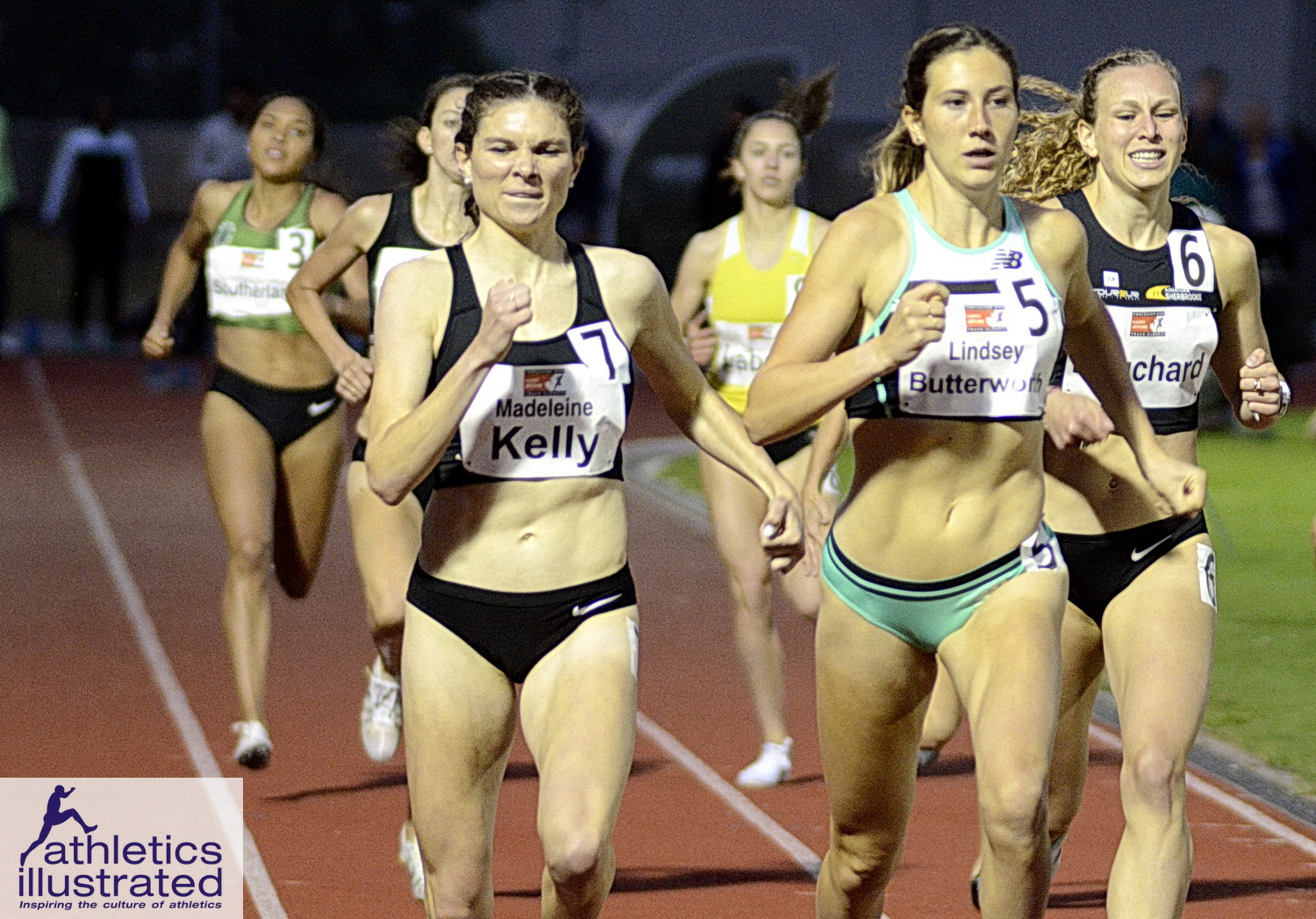 Day 1 of the 2021 Canadian Olympic and Paralympic Trials presented by Bell was an opportunity for Canadian athletes to shoot for their event’s qualifying standard, or accumulate points to work their way to the Olympic Games in Tokyo.

Butterworth ran under the Olympic qualifying standard in the women’s 800-metres, winning her first national championship in a time of 1:59.19.

“It was kind of the storybook ending to this long chase of a season that I’ve had,” said Gay. “A week ago, I was going to hop on a flight to Sweden for a last-chance race and just had a gut feeling that that wasn’t where I was supposed to be. I needed to be here. I needed run these National Championships. They’re our Olympic Trials. I had actually already taken one of my three flights to get there and pulled the plug when we landed in Montreal a week ago. Here I am, a week later, and it’s just confirmation that gut instinct, as crazy as it was at the time, paid off.”

No stranger to the title of National Champion, Aaron Brown took the men’s 100 metres in a time of 10.12 seconds. Today’s performance was his fourth national 100-metre title. “I had Bolade (Ajomale), who is a really good starter right beside me and he was challenging me,” said Brown. “I stayed tight, trusted my turnover and pulled away at the end. I’m trying to win titles, so I’m happy with that.”

Brown shifts his focus to Saturday’s 200-metre final, where he is also already a four-time champion, having also won the last two national titles in that distance.

On the women’s side, Crystal Emmanuel edged Khamica Bingham at the line to win the 100 metres in a time of 11.18 seconds in a race that had to be re-run after a technical issue. “I executed two good races. I was a little shaky on the second one, but I came out and practiced what I wanted to do and I’m happy with it,” she said. “To get that one mishap was a blessing in disguise because you want to get out and get your legs moving, so I was happy that we were able to run again.”

Emmanuel is now an eight-time Canadian 100-metre champion, having won the last five national titles, from 2016 to 2021. She previously won three titles between 2011 and 2014.

Elizabeth Gleadle topped Emmanuel’s mark, earning her 10th women’s javelin championship with a best throw of 59.81 metres, throwing into the wind. “It was really nice to be out here. I enjoyed competing at this track last year and it was special to be here, even with just a couple people,” said Gleadle. “I came out here with the intent and purpose of getting my 10th national title and that’s what I did. The distance wasn’t crazy far, but it was respectable.”

Decathlon superstar Damian Warner took a break from his usual 10 events to compete in the men’s long jump, ultimately prevailing with a jump of 7.81 metres. “It always means a lot to come out here [Olympic Trials/National Championships] and compete against these guys,” said Warner. “A lot of people have been through some tough situations the past couple years, dealing with the pandemic. So, it’s always good to come out here, see some familiar faces and compete.”

First to claim gold on Friday was Noelle Montcalm, winning the women’s 400-metre hurdles event with a season-best time of 56.34 seconds.

Alicia Brown just edged out Micha Powell and Zoe Sherar to claim the women’s 400-metre title in a time of 51.96 seconds.

Philip Osei earned another national crown for the men’s 400 metres in a competitive race, in a time of 46.60 seconds.

Regan Yee capped off the night with an amazing performance in the women’s 3,000-metre steeplechase, winning in a time of 9:31.46.

After the first day of competition, Taylor Ehrhardt leads the field in the men’s decathlon with a score of 4,053 points. Ehrhardt won the long jump and shot put events, en route to his 132-point lead over Nathaniel Mechler.

And if you haven’t already done so already, activate your free three-day RunnerSpace +PLUS subscription using the code BellTrials at www.plus.runnerspace.com to take in the action on your smartphone, tablet or computer.