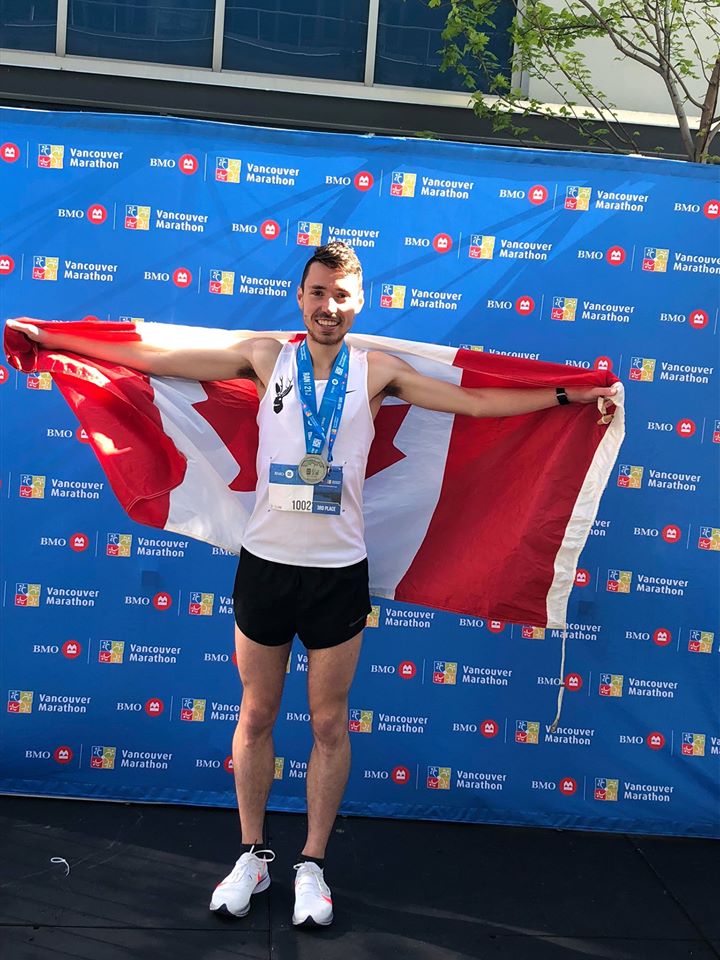 If the provincial 8-kilometre road championships in January were any indication, then it was likely that the Langley Mustangs Endurance Group men would run well at the very popular Vancouver First Half Half Marathon on Sunday, Feb. 8.

The top-three at the Harriers’ Pioneer 8K in Greater Victoria were James Lam, Blair Johnston and Joel De Schiffart. They finished in 24:23, 24:26 and 24:38, respectivelty.

Swap out Lam for Caleb de Jong, and three of the top five finishers in Vancouver were Mustangs.

They came, they raced and they demonstrated strong fitness. So much so that the overall winner, de Jong, set a new course record, which is no mean feat considering the running talent that exists in Vancouver.

De Jong ran 64:18 for the win, while teammates Johnston and De Schiffart finished fourth and fith in the times of 67:09 and 67:22, respectively.De Jong earned an extra $1500 bonus for the record.

Jeff Archer finished second in the time of 64:39, while Ryan Hayden – at age 38 – crossed the finish line in third position clocking a 67:07 performance.

The top master was Jen Millar of Victoria, who is enjoying a strong year (2019 and 2020) of road racing, either winning outright or winning the masters division nearly every time out. Sunday, she finished with a strong 80:01 showing.

Of note, the Sedin brothers – legendary NHL players for the Vancouver Canucks – continue to run well finishing in 80:12 in a virtual tie, although Daniel won the race between former Canucks. Apparently no elbows were thrown on the final straightaway.