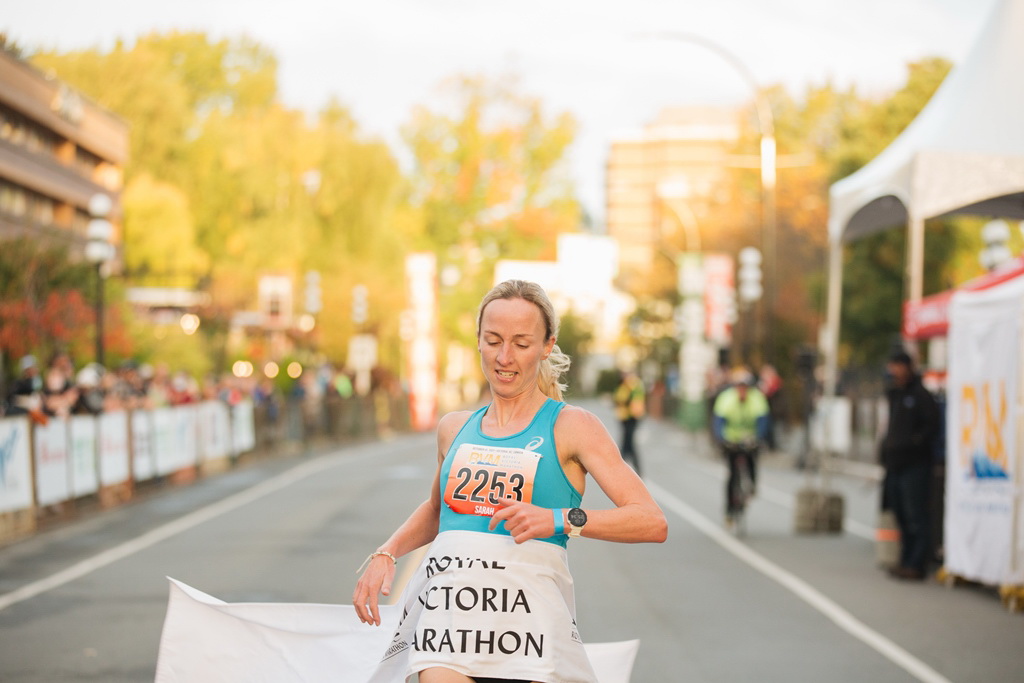 Inglis, a Langley-based school teacher, represents Scotland when she competes internationally. Not only did she set a new course record for the second year in a row, but she also ran within seven seconds of the all-time Canadian best of 25:28 set in 2013 by Vancouver’s Natasha Wodak. Inglis clocked a 25:35.

More interestingly yet, she has suffered a few niggles and injuries during the summer, yet ran that performance after a short block of good training. She finished seventh overall.

“[I had] no real expectations coming to race,” shared Inglis. “Just really raced to see where I am at. It was a summer of injuries and over the past five weeks finally got in a big block of base training. Lots of hills, tempo runs, and trail runs which makes it hard to gauge specific fitness. So, I surprised myself with race time actually.”

She ran a positive split effort, going 12:45 during the first 4K, then clocked a 12:50 coming back into a headwind.

“It was a bit windy and the course was rolling.”

“I was in no man’s land most of the race until the last 2K where I caught Ron (Loewen) and another guy. Then was able to race the last mile with them. Over that last mile was one of quickest of the race so it was good to finish strong.”

It was three in a row. Her previous course record was 25:35.

Next up for Inglis is the Toronto Scotiabank Waterfront 10K as part of the weekend marathon event, which boasts a very strong field upfront. She will be running in the World Athletics Half Marathon Championships in China in March 2022.

Athletics Canada West Hub athlete, 1500m specialist Mariah Kelly finished in second place in the time of 27:05. Finishing third was Rebecca Basset, who was a surprise top finisher after battling injuries for a few years.

Travaglini, from Calgary, won in 66:44. He was closely followed in by Coquitlam’s Brendan Wong in 66:53. The third-place finisher was Logan Roots from Courtenay clocking 70-minutes on the nose.

This was Travaglini’s first time running the RVM Half Marathon. He came to the race confident having won the Calgary Half Marathon last month in the time of 69:04. “This course was gorgeous and one of the best I have raced,” he said. “There was a headwind particularly between 17 and 21 kilometres which made it interesting.”

Klassen – also from Calgary – was a favourite to win and she didn’t disappoint hitting the tape in 1:17:15. Second – and top master – was fellow Calgarian Maria Zambrano in 1:18:16 and third was local athlete Chloe Hegland finishing in 1:18:40. Klassen hadn’t done a lot of running during the pandemic, training on her own and running mainly virtual time trials. “Not having done any racing for 20 months it is so cool to win,” she said. “This was my first time running here and it was a beautiful course but challenging with the headwind. There were so many on the course cheering us on it felt great.”

For full results go to: https://www.runvictoriamarathon.com/results