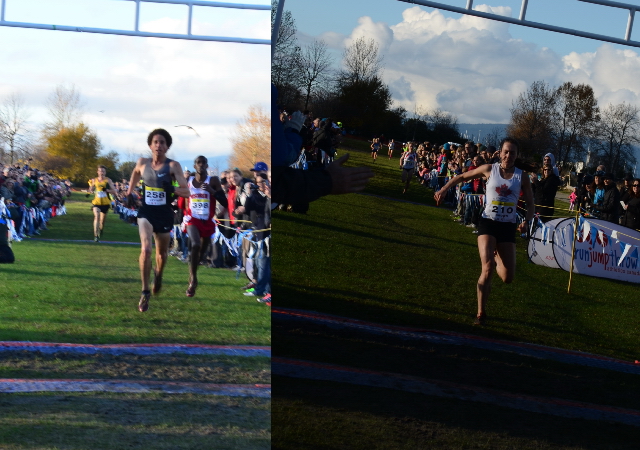 Defending senior champion Cameron Levins pulled through a tight 10-kilometre race to win his third straight title crossing the line in 29:41 just ahead of Mohammed Ahmed of St. Catharines, Ont., in 29:42. Kelly Wiebe of Swift Current, Sask., won the bronze in 29:45.

The junior men’s 8-kilometre race was another one that came down to the finish line. Dylan Brown won the championship title with a time of 24:32. Ben Flanagan of Kitchener, Ont., won the silver medal in 24:38 and Ryan Sleiman of Windsor, Ont., won the bronze in 24:50.

The first race of the day saw Jillian Forsey crowned as the Canadian Junior Cross Country Champion over 5-kilometres with a time of 17:21 minutes. Wroxeter, Ontario’s Madeline Yungblut won silver in 17:23 and Toronto, Ontario’s Madeline McDonald won bronze in 17:29.