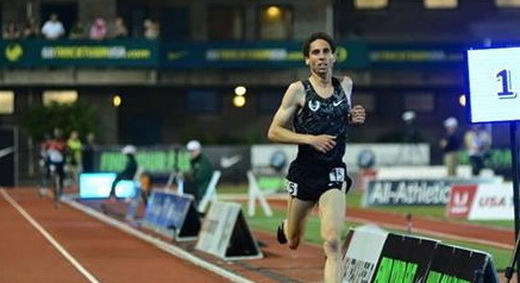 Cameron Levins will be competing in the Harry Jerome Track Classic tomorrow, in the 1500-metre event.

Levins has demonstrated excellent range throughout his post-collegiate career and intends to continue to use it. Known for high mileage and big kicks, Levins will drop down to the 1500-metres tomorrow at Swangard Stadium in Vancouver, but does not have specific expectations.

Asked about what sort of time he will be looking for he added, “It would be nice to run a fast time but overall I just want to get in an under-distance race.”

The latter statement could mean anything. For example, at the Canadian Track and Field Championships last year, the athletes kept their effort in-check, expecting Levins to turn the screws and eventually wear everyone else down; it didn’t come. In fact the race was so slow it was the talk of the meet.

With 300-metres remaining Victoria’s Thomas Riva, who is also known to have a kick, took matters into his own hands and dropped the hammer, when he rounded the final corner, he just hung on for the win.

“It was a bizarre race to be honest. Like I just couldn’t believe how slow it had gone off,” said the former University of Victoria Vike athlete. “I think everyone was just keying off of what Cam was going to do and expected some long drawn out push, that never occurred.”

Riva was pleased with the result no less and will toe-the-line with Levins again tomorrow in the 1500m.

The Harry Jerome Track Classic is part of the five-meet National Track League, which includes events in Vancouver, Victoria, Edmonton, Guelph and Halifax.