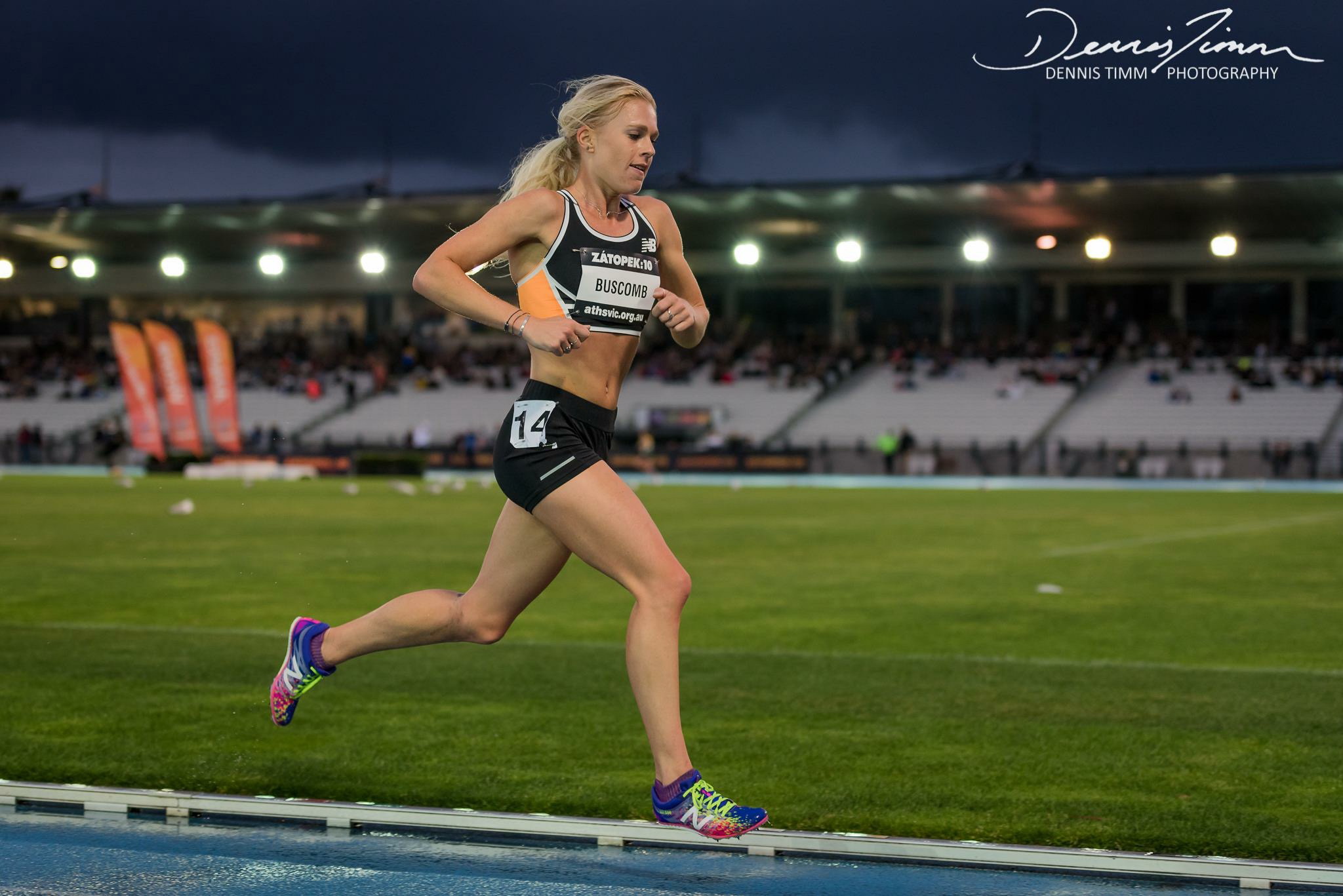 Camille Buscomb will triple at the New Zealand national athletics championships happening March 26 and 27 in Hastings, NZ. She is registered to run in the 800m, 1500m, and 5000m events. As she has already qualified for the Tokyo Olympic Games in 2019, she gets to throw caution to the wind and attempt all three distances over the two-day span.

The 30-year-old will race the 5000m and 10,000m events in Tokyo. The nationals is going to be about managing time well and with the under-distance events perhaps load the legs for the 5000m. In Tokyo, the semi-final and final in the 5000m event will be slightly more than three days apart (approximately 80 hours).

According to the online magazine Stuff of New Zealand, the Nic Bideau-trained athlete said, “It’s going to be a busy two days, I really like the mental challenge of the turnaround. It’s easy to build yourself up for one race, but it’s hard knowing you’ve got to back up the next day or even the same day.”

“Running the 5-10k at the Olympics, there’s more time in between, but it’s the same process. You’ve got a 5k heat, three days later the 5k final, six days later the 10k. It’s trying to recreate the turnaround and mental challenge.”

Buscomb has always enjoyed training hard. She grew up in dance, and playing netball, athletics, basketball, tennis, swimming, and touch rugby. In 2016, she told Athletics Illustrated, “Yes, I really like to train hard. I like to run decent weekly mileage. I think at the moment I am sitting around 130-140km per week. I would like to do more, but you have to balance gym, circuits, and sessions into that so you don’t want to overdo it.”

For Buscomb, running the triple next weekend is completely in-character. Her mileage has grown since the 2016 interview and her performances have improved. She just may surprise athletics fans with personal bests in the 800m and 1500m distances. However, an improvement on her 5000m may have to wait until Tokyo.