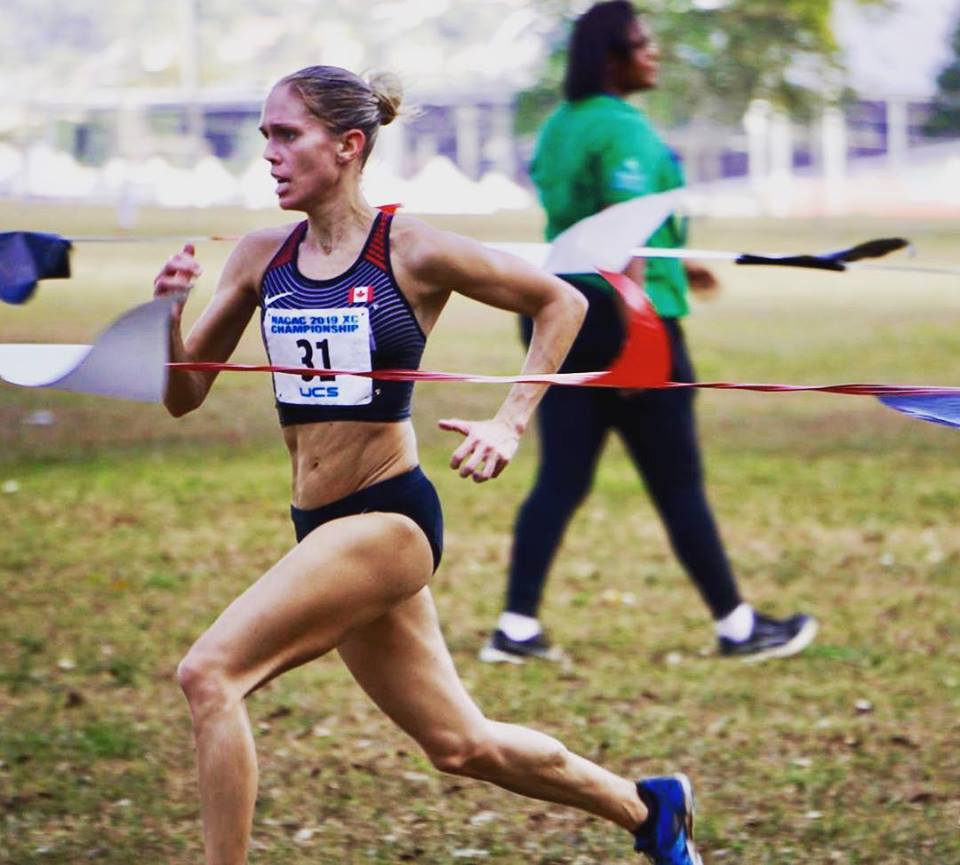 When Vancouver’s Natasha Wodak scouted the proposed course and venue for the 2020 Pan Am Cross Country Cup in Langford, BC (Victoria), she said, “the NACAC and Pan Am Cross Country meets have been in hot places. If we want to get cross-country into the winter Olympics, we need to run in cooler places.”

Wodak is a 2016 Rio Olympian, national record holder in the 10,000m and a veteran of provincial, national, regional and world cross-country championships. She may have an idea of what she is talking about – just maybe.

Saturday, she competed in Trinidad and Tobago at the 2019 NACAC Cross Country Championships. She finished fourth in the blazing heat.

On social media she wrote, “The final 50m of a very tough and hot NACAC XC champs 10k (actually 10.4 – course was long). I wanted to finish top-three but still happy with fourth – hit the wall at 8K and felt like I was crawling. I was able to re-focus and dig deep in the final km for a strong finish. ARMS! Six weeks till World XC- time to put in some good work in! HILLS!!!”

Thankfully, she and the rest of team Canada won’t have the heat when they run the IAAF World Cross Country Championships in Aarhus, Denmark in March. Apparently, the 2019 edition of the crown jewel of athletics, will begin a new chapter of tougher courses with a festival-like atmosphere.

Canada finished second in the team event with Calgary’s Jessica O’Connell crossing the line second overall to Breanna Sieracki of the US. They recorded times of 36:34.00 and 36:37.00 respectively. Jessica Tonn finished three seconds back at 36:40, while Wodak was yet another 10 seconds behind Tonn. Canada’s all-time greatest steeplechaser Genevieve Lalonde of Guelph was one second behind Wodak. Lalonde was the third counter for Canada in the top five. Katelyn Ayers who has a strong future in running in front of her crossed the finish line in the time of 37:16.00 for ninth overall and fourth Canuck. Claire Sumner of Kingston was next in 38:16.00. Natalia Hawthorn finished 16th.

After the race, Lalonde told Athletics Illustrated, “It was warm, but I think what we all got out of this weekend is how incredible this team is. The Canadian contingent definitely put up a fine battle in all categories, in the senior women’s race it was pretty evident that we had to deal with warm temperatures and a flat open course but I think it was a very good stimulus heading into World XC where conditions will be much like Nationals and better suited to all of our strengths. I really look forward to running with this team again.”

The races took place in Queen’s Park Savannah – sounds ideal, but at well over 20 degrees, not so much for the Canadians in the middle of winter.

The top-four runners were American in Abbabiya Simbassa, Frankline Tonui, Reid Buchanan and Evans Kirwa. The winning time was 31:49.

The top Canadian, Rory Linkletter, crossed the line fifth in the time of 32:13. The rest of the Canadians finished in a bunch with Mike Tate, Evan Esselink, Benjamin Preisner and Ehab El-Sandali going 7, 9, 10 and 12.

Abrahim Kedir was the fourth Canadian in sixth place over with a time of 27:52.00.