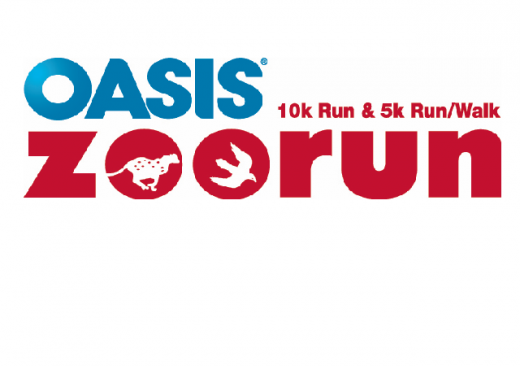 This Saturday, September 21, Canada Running Series will welcome almost 6,000 runners and walkers to run wild at the beautiful and scenic Toronto Zoo.

This is a special year for Canada Running Series marking its 30th anniversary and this will be the 17th edition of the Oasis ZooRun. The Series includes 8 events across Toronto, Montreal, Edmonton, and Vancouver.

The annual local favourite includes a 10K, 5K and an 800m & 400m “Cub” Run, with lively cheer stations on site thanks to The Toronto Zoo, and the Ajax Wannabes Run Club.

This year’s race features some great competition in both the women’s and men’s events.

The women’s lineup promises a thrilling confrontation and a possible repeat from the lululemon Toronto 10K back in June. 3 of the top 5 women at that event will be racing the 10K at the Zoo, with Rachel Hannah hoping for a repeat of the race in June when she finished as the 1st Canadian. Gladys Tarus and Ali Drynan will be hot on her heels, not just in the 10K but on the CRS Series Standings leaderboard as well, as all three have a chance to solidify their position with a great race on Sept. 21.

Can Rachel Hannah break her own course record she set back in 2014 (33:10)? That remains to be seen, but we know it will be a competitive race amongst athletes and against the clock!

On the men’s side, like the women’s side, the lululemon Toronto 10K Canadian champion is in the field, Bonsa Gonfa, hoping for a repeat performance. Gonfa is hoping to close the gap on Tristan Woodfine in the CRS Series Standings. Another win in the 10K will do wonders for the Torontonian. Adam Hortian, fresh off his win on Sept. 8 at the Longboat Toronto Island run, will be hot on Gonfa’s tail.

For the 17th year, all registered runners and walkers are invited to raise funds to support animal conservation at the Toronto Zoo. The fundraising total for the past 17 years has surpassed $441,000!

Post-race, participants can enjoy free admission to the Toronto Zoo when they show their bib. Friends and Family can purchase admission at half-price until 11:30 am and cheer on their loved ones in the race and visit all the animals and all the sights the Toronto Zoo has to offer.

Runners can still register for the 10K race online until September 20th. The 5K and Cub Run distances are sold out. Community members and spectators are invited to cheer and support the runners and walkers in the Toronto Zoo.