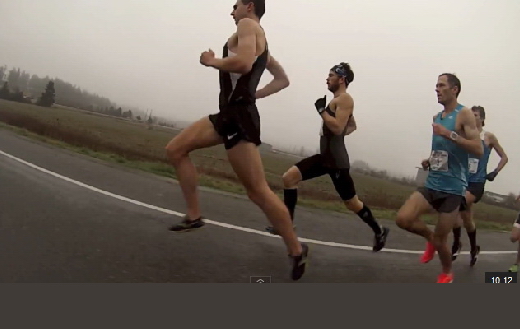 *This article has been updated since original posting. Athletes have been added to the race, see below.

The 37th annual Prairie Inn Harriers’ Pioneer 8K road race is taking place this Sunday, January 10th in Victoria, BC and the story that should dominate the race is the race between two of Canada’s faster women.

Canadian 10,000-metre record holder Natasha Wodak of Vancouver will be competing; she holds the all-time Pioneer 8K event record with her 2013 performance of 25:28, which is also the Canadian record. Her national 10,000-metre record was set in May of 2015 at the Payton Jordan Invitational in the time of 31:41.59. She expects to race well, but not quite compete for her record, Sunday.

Rachel Cliff, also of Vancouver will toe-the-line; she and Wodak train together and have competed closely on the roads and in cross country, competing internationally in the NACAC and World Championships. 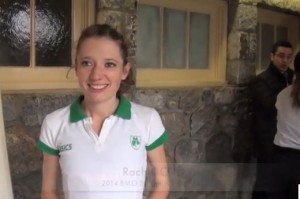 One of Canada’s top ultra distance runners, Catrin Jones of Victoria will be racing. The 8-kilometre distance is short for her, as she typically races over the marathon and 50K distances, however, she will be a top finisher. She is the national record holder at the 50K road distance, which she set earlier this year in Doha, Qatar at 3:28:19.

The masters men include Victoria’s Craig Odermatt, who continues to rollout fast performances. He represents the host club Prairie Inn Harriers and has won the BC cross country titles at ages 42, 43, 44 and now 45. He also owns a Canadian masters title. When he was 40, he missed gold by.69 of a second and again narrowly missed at the age of 41.

Odermatt is the defending 45-49 age-group champion. Last year he finished fifth overall and as second master. In the 40-44 age category, Victoria’s Jim Finlayson ran 25:47 and Odermatt finished in 26:00. Other top masters include Kevin O’Conner and two-time Olympian Bruce Deacon.

University of Victoria Vikes’ Shoayb Bascal and Cody Therrien will challenge for a top placing, he and fellow Vike Chloe Hegland are scheduled to race. Hegland continues to improve each year and should be one of the top women overall, she races in the 20-24 age-group.

There is a possibility that one of the top varsity runners in Canada, UVic Vike Oliver Collin will race, who along with Therrien helped the Vikes take the national CIS cross country championships this year. He has yet to commit.

Pioneer is the first road race of the year in Canada and possibly North America. It is also the first race of two different popular road race series: BC Road Running Series, which includes 14 road races that happen around the province, the other one is the Vancouver Island Race Series, which traditionally includes eight races, has hosted as many as nine, and for 2016 will have seven in Saanichton, Sidney, Nanaimo, Colwood, Sooke, Courtenay and Cobble Hill.

The Pioneer course is fast, but does roll. The first kilometre and perhaps to the mile point is gently downhill and flat, then continues flat until just past two-and-a-half-kilometres-in, where runners will turn right off of Wallace Drive and onto West Saanich Rd, where there is a 700-metre long up-hill, followed by a full kilometre of gentle downhill on Stelly’s X Road, past the start and the half-way mark and clock showing the half-way split. The course rolls to Wallace Dr. where runners will turn left onto a  flat for nearly two kilometres. The final kilometre is rolling and gently net up-hill to the finish.

To register for the race or the whole series, follow this link. 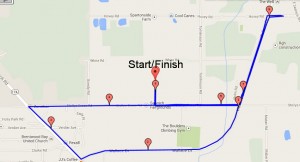