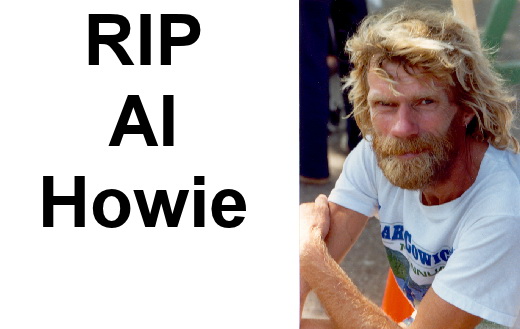 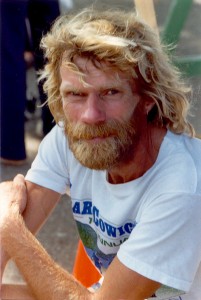 Canada’s all-time greatest ultramarathon runner Al Howie passed away Tuesday, June 21, 2016 in Duncan, B.C. He was born in Scotland and lived for years in Duncan and Victoria.

He was 70-year-old and had been in declining health for a number of years, primarily due to diabetes.

“His death occurred 25 years to the day from the start of his greatest achievement – an epic run across Canada in which he averaged 101.7 kilometres a day (62.6 miles a day),” Wrote David Blaikie of Ultramarathon Canada.

The epic journey started in St. John’s, Nfld., on June 21, 1991, and arrived in Victoria, B.C., on Sept. 1, 1991, covering 7,295.5 kilometres (4,533.2 miles) in 72 days, 10 hours and 23 minutes – the equivalent of nearly 2/12 marathons daily – every day the entire way. The following is from a newsletter I published at the time for long distance runners. Of all the ultramarathon athletes I knew, Al was unique. He set many records. Some have since been broken but no one has come close to equalling what he accomplished in that amazing run.

Two weeks after his run across Canada he broke the Sri Chimnoy 1300 mile record in New York. Both events are listed in the Guinness Book of World Records.

Howie once ran from Victoria to Edmonton, raced the Edmonton Marathon and then ran home again. Another time he ran from Winnipeg to Ottawa to compete in a 24-hour endurance race, he won it.

He won more than 50 marathons and ultramarathons. His marathon personal best is 2:28:11

He once raised $750,000 for children with disabilities, by running an ultramarathon.

Howie took up running when he and his wife split in 1973. He once wrote, “I run on resentment, angrily pounding the blacktop. Mostly, I plod on because I have committed myself to this asphalt insanity and I simply don’t know how to quit.” 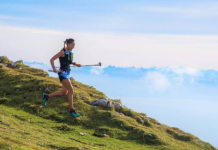