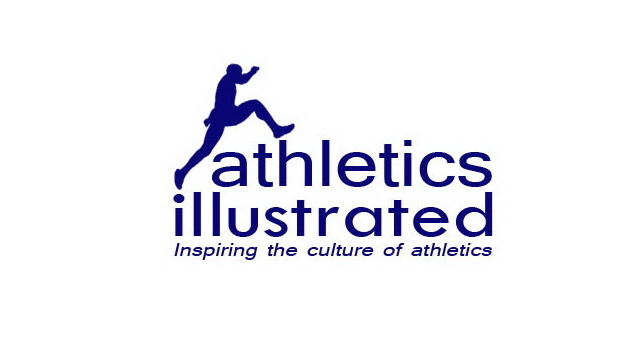 On Wednesday, Athletics Canada named the teams that will take in the IAAF World Half Marathon Championships in Valencia, Spain on March 24.

The men’s team is comprised of Evan Esselink of Guelph, Sami Jibril of Toronto, Cameron Levins, who is living in Utah but is from Black Creek, BC and Geoff Martinson now living in Vancouver.

In an Athletics Canada release, Coach, Bruce Deacon said, “The World Half Marathon Championship is an extremely competitive race where the top distance running nations typically send strong teams. The depth of performances is always staggering. We are sending a team that features some of the strongest Canadian athletes at this distance.”

For the 2018 edition, the event takes place too close time-wise to the Commonwealth Games, which start April 3 in the city of Gold Coast, Australia. The recovery time from the half-marathon and extensive travel will be cumbersome, so some top-level athletes opted for the Commonwealth Games over the half-marathon championships. Opportunity knocks for those wishing to perform at their best.

The primary objective is for Team Canada to improve upon its position from the 2016 edition – the half marathon championships are a bi-annual event.

The entire men’s team ran their best at the 2018 Chevron Houston Half Marathon on Jan.14.

Esselink qualified with his performance of 1:04:08, setting a new personal best. His previous best was from Indianapolis in 2015, where he finished in the time of 1:04:53.

It could be suggested that Levins ran only as fast as he needed to, to qualify and possibly ran at his goal marathon pace. He did not suggest this at any time, however, the national marathon record is 2:10:09 and he is the next likely candidate to attempt to break that record; it’s an old record that was set by Jerome Drayton in Fukuoka, Japan dating back some 43 years.

In Houston, Blair Morgan of Dundas, Ontario was painfully close. He was credited with the same time as Jibril. Yves Sikubwabo of Quebec was 33 seconds behind Morgan.

Martinson, a former University of Victoria Vike competed in the 2011 Daegu IAAF World Track and Field Championships in the 1500m distance. He won the Victoria Marathon in 2017 with a strong, solo performance of 1:04:28.

“I was on Ekiden in 2012 and selected for NACAC 10k in 2016 but had to decline due to injury. I’m at least as fit as I was in Houston, but hoping to have a better showing at the World Half,” shared Martinson. “I’m on practicum as part of the UBC pharmacy program for the next three months, so I’ve been training in Port Alberni for February and will be in Oliver in March. It’s exciting to be named to the team, as I see it as a great opportunity to run fast. I was satisfied with the time in Houston, but expect more still.”

Sikubwabo completed his varsity career winning the Canadian U Sport Cross Country Championships in Victoria, BC in the fall of 2017.

“I feel great and it’s my great fortune compete for Team Canada at World Half Marathon Champs in Valencia,” shared Jibril. “I couldn’t have done it alone I’m well supported with my surrounding team and coaches.”

Athletics Canada chose the four fastest women that qualified and declared their intention to race. Natasha Wodak and Rachel Cliff both of Vancouver chose the Commonwealth Games over the half-marathon championships, even though they were the two fastest half-marathon runners during the qualification period. Their decision opens the door for others. Dayna Pidhoresky also of Vancouver will be defending her title from the 2017 Around the Bay 30K, which takes place the same weekend as the half-marathon championships.

Wodak owns the second fastest Canadian half-marathon performance all-time behind Lanni Marchant. The record is 1:10:47, while Wodak has run as fast as 1:11:20 in New York in 2015.

Cliff will be in the same race as Wodak, her qualification time was 32:00.03.

Setlack was nominated. She has experience and is one of Canada’s most consistent distance runners. She won the NACAC 10K road championships gold medal in 2016. In November, she raced the Philadelphia Half Marathon and finished in the time of 1:14:00.

There were six other Canadian women to run under 1:16:00 during the qualification period.

Middleton of Guelph had raced the Houston event too. She finished in the time of 1:12:30.

Coates and Gollish round out the team and like Setlack, Gollish has plenty of national and international maturity.

“I am very excited to represent Canada at the IAAF World Half Marathon Championship. I was disappointed when I had to turn down the spot in 2016, so I am really looking forward to putting my best foot forward in Spain,” said Gollish. “It is an honour to represent my country on the world stage. I am looking forward to the inspiring results of the Winter Olympics to propel me forward during training over the next six weeks leading into the event.”

Coates qualified in Indianapolis in November with a 1:13:45 performance.

More information on the event can be found here>>