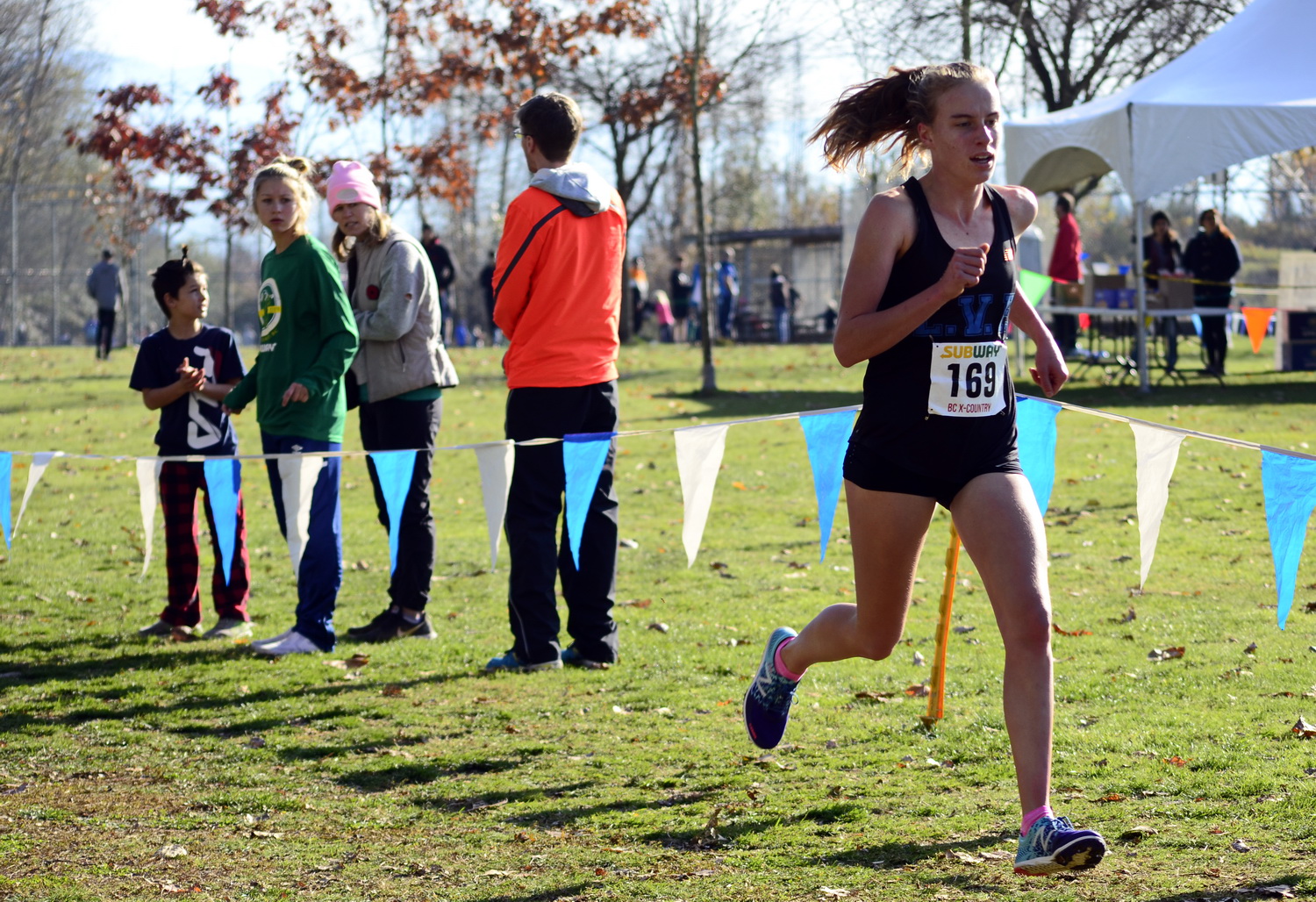 The 2019 Canadian Cross Country Championships are taking place Saturday, November 30 in Abbotsford, BC in Clearbrook Park. The oft-used location was the scene of the provincial high school championships three weeks ago.

Seven-hundred and 24 athletes have registered online for the meet.

One of the favourites going into the 2019 Canadian Cross Country Championships in Abbotsford, BC will be Lake Country, BC’s Taryn O’Neill. She will represent the Okanagan Athletics Club in the U20 age-category.

If she is fully recovered from the NCAA championships, she will be tough to beat. Naomi Lang, a UBC Thunderbird is a solid second, who can challenge O’Neill. The Aberdeen, Scotland athlete is a strong distance specialist, who may surprise on the day.

The Northern Arizona University athlete has already represented Canada in international competition when she raced the 2019 IAAF World Cross Country Championships that took place in Aarhus, Denmark, back in March. She also raced in the North American, Central American and Caribbean Athletic Association (NACAC) Championships in Trinidad and Tobago in February 2019.

On Nov. 30th in Abbotsford, she plans to qualify for the Pan Am Cross Country Cup that will be taking place on Feb. 29 in Victoria, BC at the Bear Mountain Golf Resort.

Abbey Yuhasz won the U20 category at the Ontario Club Championships, as well as the OFSAA Championships that took place in Sudbury in very snowy conditions. She finished 50 seconds in front of her nearest competitor.

She represented Canada in Costa Rica at the 2019 Pan American U20 Track and Field Championships during the spring.

Apparently, the Laurel Creek Track and Field Club athlete has a huge aerobic engine with little pure speed. Her job will likely be to go out fast and try to take the field with her. If O’Neill is with her, as she is expected to be, to the finish chute, it will be a tremendous finish to watch.

A couple of other athletes to keep an eye out for are 16-year-old Sadie Sigfstead, who won the intermediate girls high school provincials in Alberta. She will represent the Edmonton Harriers. She is young but may make some noise in this race. Amy Miller of Cochrane, Alberta won her clubs championships in Wetaskiwin. Let’s see if training at semi elevation pays off at sea level.

UVic Vike Haley Ribeiro of Surrey won the category at the provincial club championships that were held in Victoria at Beaver Lake Park four weeks prior. Ribeiro runs for the Coastal Track Club. She finished 19 seconds up on cross-town rival Daylana Ferguson who represents the Langley Mustangs Endurance Group. The Mustangs always seem to bring their “A” game.

For Greater Vancouver area runners, the Abbotsford course will be very familiar to them as Clearbrook Park has been used for various provincial club and high school championships over the years – it is flat and fast, except for one steep hill at 1.2K into each lap.

Madelyn Bonikowsky will be tough to beat. She won both her high school and club provincial championships this year in commanding fashion. The high schools were held on this very same course. Although she is living in Trail, BC, she grew up in nearby Tsawwassen and knows the course well.

As for Clearbrook Park being a home course, Bonikowsky told Athletics Illustrated “Yeah, I have raced here quite a bit and we have had clubs here a couple of times over the past couple of years, so I know the course well.”

Kendra Lewis, the 2018 high school champion suffered an injury during the summer and was not able to train as well as she would have liked. She dropped out of the club provincials at Beaver Lake Park but bounced back enough to race Bonikowsky one week later at high schools through three-quarters of the race before fading a little to take second.

“I didn’t get a good training block in this time. And when I started training, I had to taper as the racing season started,” said Lewis. “So, I am going to use the time before nationals to get in some good training.”

The Vancouver Technical Secondary School student and Vancouver Olympic Club member was the 2018 provincial high school champion as well as the 2018 national clubs champion in the U18 category.

Sofia Bowe won the junior women’s race in the Ontario high schools (OFSAA) this year. The Etobicoke School of the Arts High School student was surprised by her win, but expectations will be different in Abbotsford. She will be running for the Toronto West Athletics Running Club.

BC high schools third-place finisher Katelyn Stewart-Barnett will be racing she also finds Clearbrook offers her home course advantage. She will be on Team BC and her club Royal City Track Club will also be competing.

In the U18 category and more-so in the U16 category, anything can and often does happen during championships races.

The U16 category has been added on a trial basis for 2019. There will be no team awards, so unlike the other races, athletes from the same club won’t be working together – it will be everyone for themselves.

Ella Madsen, winner of both the BC High School Championships and the BC Club Championships will be missing in action. She is visiting extended family in Europe and will have to give the meet a pass.

The Riverside High School athlete won high schools by 12 seconds over Christina Peet Williams and 26 seconds in front of Iris Tinmouth. It appears that only Peet Williams of the three will be toeing the line on Nov. 30.

The Chilliwack Secondary runner has won the provincial championships, but on the track in the 3,000m event and silver in the 1500m. She could make things interesting.

Others to watch for are Sierra Rodrigues who earned silver at both the OFSAA and Ontario club championships this year, Chantal Channing who took third at OFSAA  The three finished in the times of 17:55, 18:00 and 18:06, with Bowe just five seconds back at 18:11. Aysia Maurice could be in the mix too.

Evonne Henning, Elena Esposito and Samara Cockburn who went 1-2-3 in Alberta high schools, should all clamour in for top-10 positions.