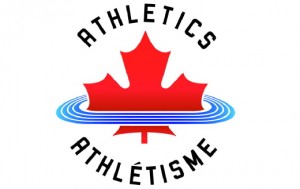 The Canadian Cross Country Championships took place Saturday, November 29th at Jericho Beach in Vancouver, BC under sunny skies with muddy footing, and a dusting of snow; a minor blast of winter. There were eight races including youth, junior, senior and master women and men’s events. The master’s men and women went together and there was a community 5K race for all abilities.

During the men’s senior race Vancouver’s Chris Winter, who represents Guelph, Ontario’s Speed River Track Club finally won here after finishing fourth, third and second during the previous three runnings of the event. The international-level steeplechase specialist very much wanted to win this race against a couple of training partners in Luc Bruchet, the defending champion and Kelly Wiebe who finished third in 2012; Winter celebrated with a fist pump as he crossed the finish line. “I really wanted to win this one, I set out to win it and I managed to accomplish that so I am pretty happy,” shared Winter shortly after his race.

Wiebe finished one better than Winter two years ago, they were third and fourth, respectively and for Wiebe the race took place one week after winning the CIS Championships said, “Chris really deserved it and he ran the race very well. I am very happy for him. He is a great athlete and a great guy.”

Matt Johnson who runs for the University of Regina Cougars finished third (Johnson and Wiebe were teammates up to two years ago). “I went in hoping for a top-10 spot, but I also wanted to make the Worlds team, so bad. Going into the final lap, I just said to myself, ‘okay let’s do this’. I am pretty happy with my position.”

Bruchet, who may have been on the media’s radar as the athlete to beat, didn’t have the race he was hoping for and finished in 10th place and 38 seconds back of Winter. Wiebe and Bruchet train with the BC Endurance Project headed by Richard Lee.

Barry Britt who represents the St. John Track Club finished fourth, while the University of Victoria’s Ryan Cassidy finished fifth and to round out the top-six who will qualify for Team Canada are Charles Philibert-.Thibouto who runs for the University of Laval who finished in sixth position. For Johnson to medal it meant redemption, as during the 2014 CIS Championships, the athletes competed in 110 to 130 kph winds; not ideal conditions.

In the women’s senior race Rachel Hannah of the University of Toronto Track Club worked with Rachel Cliff for the first two and a half laps of their four-lap race, before she began to slowly pull away. Hannah went on to win, while second went to Cliff and third to Natasha Wodak. Rounding out the top-six, are Natasha Labeaud, Jessica O’Connell of the University of Calgary and Jillian Forsey of Stephenville, Newfoundland. This was Forsey’s first time as a senior; she won the 2012 junior event and finished second in 2013. “My first goal was to make Team Canada, so finish top-six. My second goal was a top-three position, so I am pretty happy with the win,” shared Hannah.

In the men’s junior race, defending champion of Toronto, Justyn Knight, came in as the favourite and left as two-time champion, but after having to race hard against an unrelenting Ben Preisner, who represented Speed River Track and Field Club. The University of Tulsa runner was not dropped until there was approximately 200m remaining in the 8K race. “Ben and I worked together with the group and we ended up losing a few guys late in the second lap, but between Ben and me it was mutual that we were just trying to burry each other.”

Rory Linkletter finished third overall and BC High School Cross Country Champion Nathan Tadesse finished fourth. Tadesse recently overcame a long bout of anemia and injury to come back and win BC’s in Victoria and finish in a respectable fourth position and 23 seconds behind Knight. Fifth and sixth were Ben Weir of the University of Victoria, who was followed in by BC’s Clayton Hutchins.

Hannah Woodhouse of the Meaford Coyote’s Track and Field Club of Meaford, Ontario won the junior women’s race by 21 seconds. The second-place finisher was Jenny Baragar-Petrash and third went to Mirelle Martens. Branna MacDougall from Kingston, Ontario finished fourth; she was representing Steve Boyd’s Physi-Kult Running Club. Boyd is co-director  of the 2015 to 2018 editions of the Canadian Cross Country Championships that will move from Vancouver to Kingston for the next four years. Regan Yee of the Bulkley Valley Athletics Club and Nicole Hutchinson of the Hershey Harriers were fifth and sixth, respectively.

The University of Calgary had several athletes perform well on the day including youth champion Stefan Daniel, he was followed in by Riley Tell from Durham, Ontario, Nicolas Ascui from Nanaimo and to round out the top–six finishers Angus Rawling of the Calgary Track and Field Club was fourth while Kyle Madden of the Brantford Track and Field Club was just four seconds back and sixth place went to Michael Milic who was representing the Ocean Athletics Track and Field Club.

Julie Sevsek won the BC High School Championships in Victoria, BC. She finished fifth in the time of 15:16 at nationals, however, her twin sister Christina won nationals. There were 26 girls who finished within a minute of the lead. After the race Sevsek said, “I stayed in the middle of the field for a while, but I made way up slowly and eventually won,” when asked if her race was tactical.