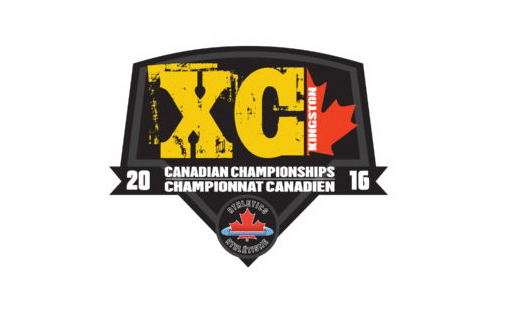 The Canadian Cross Country Championships took place Saturday in Kingston, Ontario and the usual suspects won or finished well, but there were a few surprises too.

The world championships take place in Kampala, Uganda on March 27, 2017.

[It feels] Surreal and awesome.

In the senior womens race Toronto’s Sasha Gollish, that ultimate-playing, alpine-skiing triathlete and duathlete continues to demonstrate versatility, having raced very well in the middle-distances, half-marathon and now cross-country. Saturday, she won, improving her placing from fifth in 2015.

Asked about the improvement, Gollish said, “Well I guess after my half-marathon in Indianapolis, I trusted that I had the endurance to go the distance. And I trusted my speed. But where it came from is a whole lot of hard work with some amazing teammates!”

On November 5th Gollish ran a half-marathon in the time of 1:11:05. The current Canadian record is 1:10:47 held by Lanni Marchant, who also owns the marathon record of 2:28:00. Gollish is now the second-fastest half-marathon runner in Canadian history.

“It takes a village. While cross-country may be an individual sport, it takes help from coaches, teammates, family and friends. I am thankful to have such an amazing network of people that help make this possible.”

Asked to describe the race Gollish told Athletics Illustrated, “It seemed to go out really hard for the first km, so I played it conservative and hung back in about 10th-ish. The front pack really came together around 2.5k where there was another surge by Katheryn Harrison, trailed by Rachel Cliff that stuck. I worked with some other girls to close the gap and stayed near the front. At around 6k there were six of us that were left up front that were working together; the group that would be the top six finishers. At about 8k when we (I think it was down to just Rachel Cliff and I) were climbing the short steep hill on the back area of the course, I made my move and never looked back. I figured if someone had the wheels to catch me than they deserved the win, but I felt good and my gut told me this was the move to make and I never looked back.”

Asked how it feels to be the national champion, Gollish said, “Surreal and awesome.”

Gollish was not just up against Cliff, she was up against a deep field of talented runners for example the BC provincial club champion Lisa Brooking finished eighth and nearly half a minute back.

“There were some amazing competitors out there yesterday; it could have been anyone’s day. It’s a course that has been a bit of my nemesis so it was awesome to finally have a good one out there!”

In the junior women’s race, there was little doubt that Vernon’s Hannah Bennison was going to do anything but win. She did, just as she had at her regional championships and BC championships that took place near Kelowna. She also finished as first junior, and fifth overall at the BC club championships in Nanaimo, where juniors were mixed in with seniors and masters.

“I felt grateful to be healthy and have the opportunity to race a talented field of girls,” said Bennison. “During the race, I focussed on staying relaxed and enjoying the pain, and it was over before I knew it. I was just having fun out there and relishing in the opportunity.”

I forgot to bring my spikes….

It was all Ontario for the junior men’s race which was won by Toronto West Athletics member Ehab El-Sandali in the time of 24:49.2. He was followed in by Team Ontario’s Mitchell Ubene 4.1 seconds later and finishing third was Miles Matthews of Windsor Legion Track and Field Club.

In the boys youth race, Victoria’s (by way of Terrace, BC) Tyler Dozzi won and like Bennison won his zone championships, which is Vancouver Island, then won club provincials in Nanaimo and provincial high schools in Kelowna in dramatic fashion.

“[I am] Feeling pretty great right now. To me, being the national champion means that everyone who’s supported me and believed in me, and all of my hard work has truly paid off,” shared Dozzi.

Dozzi has been supported by his parents, who let him move from their home in Terrace, BC to Victoria to pursue his running career at the age of 15. He is training with the Prairie Inn Harrier Youth Team, which is coached and managed by two-time Olympian Bruce Deacon.

Dozzi experienced a little pre-race anxiety, having forgotten the most important item in his gear bag.

“I forgot to bring my spikes to the race, and ended up running in someone else’s that were a bit big and looked a little like sprint spikes. It was a bit of a panic, as I only found spikes to wear two minutes before the race started.”

Dozzi ran a tactical race, not unlike the way he won the provincial championships, by exhibiting patience.

“I was staying near the back of the lead pack for the first two laps. Someone made a move half-way through the second, so I followed from a few metres back,” said the 17-year-old. “Going into the third lap he tried to stretch it out so I had to pick it up a little bit. At the beginning of the third, he slowed down to a jog to let me pass him, so I slowed down for a bit at first, and then took it with some speed.”

The final km was all guts and pure adrenaline

Hofbauer told Athletics Illustrated, “I’m happy with how that race went. Being a national championship and all, placing in the top three is nice.”

Matt Hughes of Toronto is Canada’s all-time record holder in the 3,000-metre steeplechase. He finished fourth in the time of 30:02.6.

Asked to describe the race Hofbauer said, “The first couple of kms went out pretty quickly and I managed to get in the front after one km into the race. From there, Bruchet pushed the pace with Matt Hughes, Ross Proudfoot, and Andy Wacker joining for parts. We had a nice chase group with Nick Faulk, Evan Esselink, and a couple others (I didn’t pay too much attention), that developed around the 5K mark. We stuck together for 3-4K until Evan and I broke off a bit to chase down Matt and Luc. The final km was all guts and pure adrenaline.”

Quebec’s Yves Sikubwabo, coming off of his Nov 12 U-Sport title that took place on the Plains of Abraham, finished a respectable 13th and is credited with a finish time of 30:33.7. Second at the U-Sport nationals was Vancouver’s Declan White, who finished 19th in the time of 30:45.6.

In the youth girls race Savanna Jordan had an excellent race winning in the time of 13:58.8 over the 4K course, she was representing Team Alberta. Second was Aleksa Gold for Team Ontario, who finished 3.1 seconds behind and third was Kelowna’s Taryn O’Neill, who continues to come back very well from a broken femur. She is credited with the time of 14:03.

It was all Team BC, as Vancouver’s Jeremiah Ziak finished first, while Victoria’s Graham Cocksedge finished second and third Team BC member and sixth overall was Victoria’s Craig Odermatt. The third overall finisher was Predrag Mladenovic, who calls Toronto home.

While Ziak (40) and Odermatt (46) are perpetually top performers, Cocksedge continues to run in his “don’t call it a comeback,” comeback – he has been off competing for several years. This is his second known race back, which includes provincial championships in Nanaimo, where he also finished second to Ziak.

In the womens master category, Genevieve Shurtleff of the Kalenjins Track and Field Club finished first I the time of 30:54.8 on the 8K course. She is just 39 years of age. The second place finisher was Nicki Haugan of Team BC also 39 years. She finished in the time of 31:03.5.

The first master over the age of 40 was Liz Maguire of the Ottawa Lions who finished third and in the time of 31:20.9. She is 50-years-old. Seanna Robinson was the second 40-plus athlete crossing the line in the time of 31:24.9, while fellow 40-year-old Donna Mae Robins of Ontario Masters Athletics was credited with the time of 31:34.8.

The IAAF considers athletes 35 and older as masters age athletes, however, the tradition is that an athlete must be 40 to be considered a master. The top two masters women in this race were under 40-years of age.