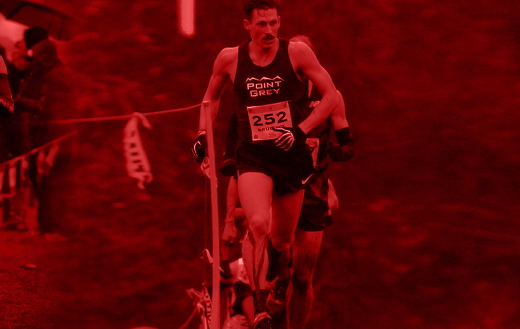 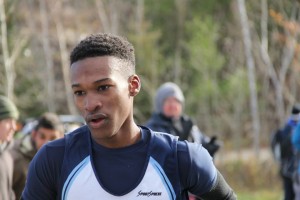 Junior men’s cross country races can often be unpredictable, which provides additional excitement for everyone including scouting coaches, parents and of course spectators. This is particularly true at championship events; however, I will go out on a limb here and suggest that defending national champion Justyn Knight, of Toronto, Ontario is likely to repeat on Saturday, November 29th at the Canadian Cross Country Championships. The race will take place at Jericho Beach in Vancouver.

The junior men’s distance is eight kilometres in length; they run four laps of an approximate 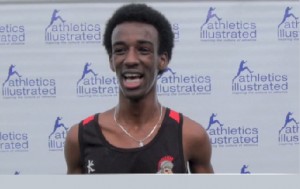 2 kilometre loop. The top finishers from 2013 include Mike Tate who finished third in 25:53.89; he runs for Antigonish Track Club in Antigonish, NS. Ben Flanagan who finished second in 25:47.12 ran unattached club-wise, but is a Michigan State Wolverine. The race was won by Knight in the time of 25:43.30; he represented the University of Toronto Track Club. For 2014 Tate and Flanagan move up to the senior ranks, while Knight remains a junior.

“Going into this race I know it’s not going to be easy. Although we are missing guys like Ben Flanagan and Mike Tate, that doesn’t mean that the race is going to be any easier than last year,” said Knight, who is attending Syracuse University.

When asked about his fitness he said, “I am confident in my training and so far I have had a great season under Coach Fox’s Syracuse program. 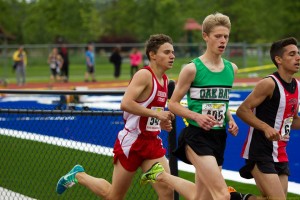 I’m not the same guy I was last year and neither are my opponents. However I still hope to defend my national title.”

Two athletes who look to challenge for a top three spot Saturday, come from the west in Victoria’s Liam Kennell, who is attending Cameron Levin’s alma mater at Southern Utah University, he is red-shirting this year. And there is Nathan Wadhwani of the Golden Ears Track and Field Club of Maple Ridge, BC, “I took this year off school so I’ve been really focused on my training. I’ve gotten on the course for a few workouts and feel prepared to make the national team,” shared Wadhwani, when asked about his focus for nationals. Wadwhani and Kennell finished 1-2 at the BC High School Cross Country Championships, last year.

With Kennell red-shirting and Wadwhani taking the year off, they are probably training at a fairly high level. When asked how training has gone recently, Wadwhani told Athletics Illustrated, “I’ve been ranging in between 70-85 miles per week (113km – 135km). Just trying to make sure I’m on the same pace as the guys in university right now.”

Kennell, a former Oak Bay High School athlete (a school that is a perennial Island champion) said, “My main goal is to make the world cross 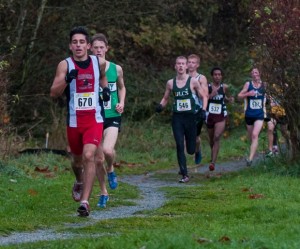 team and medal at nationals. My training has been going very well lately and I feel confident going into the race. I have not raced too much this season due to the fact that I red-shirted for cross country, but I feel if I can stick in the very competitive top group until the last couple kilometres, I have a good shot at a medal.”

Speed River’s Ben Preisner, according to coach Chris Moulton will be a strong competitor, he said, “Ben Preisner is at Tulsa and ran very well last summer at World Juniors making the final in the steeplechase; he should have a very good race.” Preisner finished 11th at the IAAF World Youth Championships in Eugene, Oregon on July 27th, he finished in 8:56.22.

Surrey’s Nathan Tadesse, who fought through some injuries as well as anemia in the spring and summer, is again healthy and running very well. He recently won the BC High School Cross Country Championships that took place in Victoria, BC., finishing 13 seconds ahead of Kelowna’s Sean Bergman, by taking command after the half-way point of the race.

OFSAA Championships that took place on November 1st saw the top-17 finishers cross the line within less than one minute of time, led by Cameron Linscott in 22:31.8, he was followed in by Miles Matthews and Ben Workman. Matthews finished 7th at nationals in 2013 and should not be counted out for 2014.

The money and perhaps the pressure is on the very popular and well-spoken Knight, “If I do make the world team, I just want to do the best I can individually and push my teammates to do the same as well. One thing I learned over here at Syracuse is the importance of a strong team and I hope to bring that leadership to the national team in search of a medal.”

The national team has two major commitments in the discipline of cross country for 2015, the NACAC championships, which will take place in Trinidad and Tobago on March 7th and three weeks later on the 28th of March, in Guiyang, China the IAAF World Track and Field Championships happen.