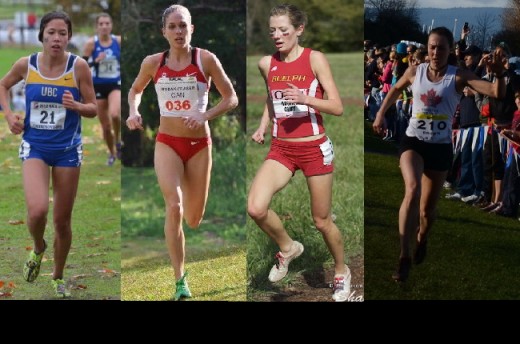 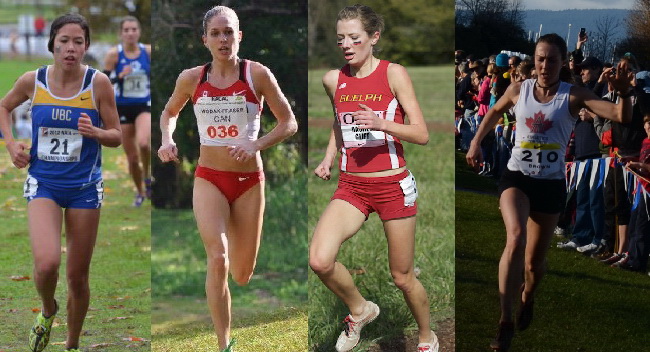 Athletics Toronto’s Megan Brown will be defending her 2012 Canadian Cross Country Championships title at Jericho Beach in Vancouver, on November 30th. She will be up against a competitive field that includes Natasha Wodak, who has had a fantastic past 15 months, Rachel Cliff, who – when competing in cross-country – has been just about as strong and Maria Bernard – a teammate of Cliff and Wodak’s that competed at the 2013 IAAF World Cross Country Championships March 24th in Bydgoszcz, Poland.

The 28-year-old Brown is a top-level veteran athlete who is strong on the roads, track and in cross-country. She is also competitive over a range of distances. She is a savvy racer who owns an impressive 15:33.42 5000 metre personal best time. She has run as fast as 33:10.47 over 10000 metres and owns a half-marathon personal best of 1:14:09. She will be seeking a repeat win. “I am really looking forward to getting back to Jericho Beach to defend my cross-country title. My fitness is coming along and I am confident in three-weeks-time that I will ready for a good run through the mud!”

Wodak led team Canada to a team win while individually winning the North American, Central American and Caribbean Cross Country Championships. She finished third in the Canadian championships behind Kate Harrison and Brown, a mere 16 seconds from first place. She won the 2012 BC Cross-Country Championships and raced in Poland at worlds. This year she will be also seeking a win, “I will be holding nothing back,” said the 31-year-old.

Wodak was just as strong on the roads, where she broke the Canadian eight kilometre record last January in Victoria at the Pioneer 8k, by finishing sixth overall in 25:28. She also won the Vancouver Sun Run and won the BC 10000m championship race in 33:44. Wodak’s personal bests match up well against Brown’s, as she has run 10000m in 33:09.57, 5000m 16:12:09, half-marathon in 1:14:06, and she ran the Scotiabank Toronto Waterfront Marathon – her debut at the distance – in 2:35 on October 20th, Wodak said, “Jericho is my backyard, I run there all the time and I’m excited to race there with all the hometown support.”

Although Wodak has been finishing first or ahead of Cliff in most races, they are close. Cliff hasn’t experienced the same level of success as Wodak on the roads and track during 2012; she did however come close to Wodak’s standards over cross-country. Cliff finished second at the NACAC championships and 2012 BC cross-country championships. She went in as the favourite and won the 2013 BC Cross Country Championships. Cliff finished fourth at the 2012 nationals and a mere three and a half seconds off of third. She said, “I’m feeling fit and ready to compete at Nationals! My coach and I have focused a lot on strength, running form and long intervals and I feel that this hard work is starting to pay off. I had my first workout of this season at Jericho today, and that got me pretty excited for the race.”

Cliff and Wodak have home field advantage, as they live nearby and have the opportunity to train on the course regularly, “The course is only 10 blocks from my house and there’s always a great group of supporters, both my friends and family, and from the local Vancouver running community. It should be a really fun day! My hope is to be up there and able to compete with some of the best girls in Canada. I want to have a strong race and make the most out of my hard training,” shared Cliff.

Bernard helped her team win the Association of Independent Institutions (A.I.I.) Cross Country Championships in San Marcos, California, November 8th by finishing first.  She represented Canada at the IAAF World Cross Country Championships with Wodak and Cliff and competed in the 2012 worlds and 2011 world junior cross country championships. The 20-year-old native of Calgary owns a 5000 metre personal best of 17:33.44 and a 1500 metre best of 4:21.45. Look for Bernard to compete for fourth position, an improvement of seven spots from 2012, where she finished less than two minutes off the lead.

“After a disappointing race at last year’s nationals where I finished 34th overall, I am definitely looking for a huge improvement over that. Based 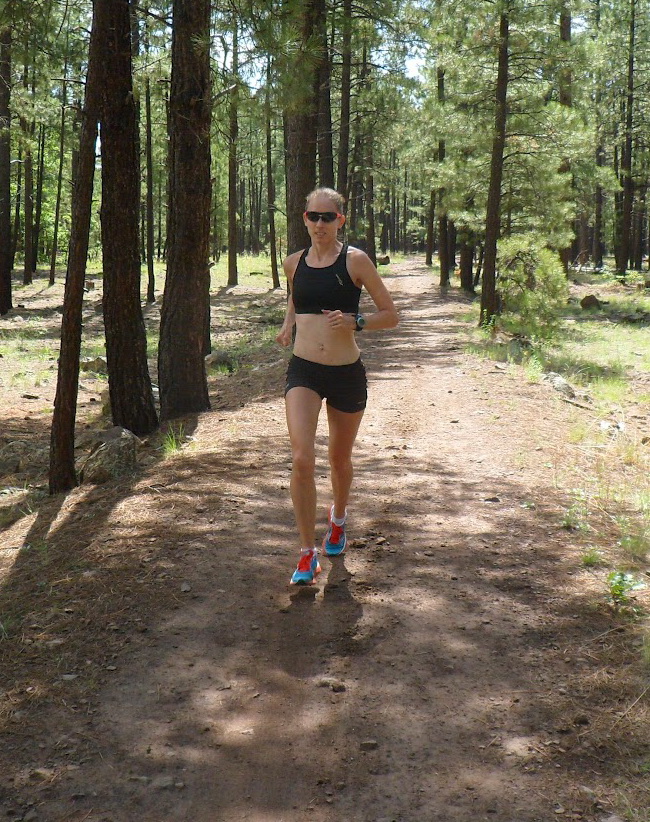 on my results throughout the year so far, I hope to place near or within the top 10,” shared Nanaimo’s Erin Burrett, who has also been on a tear this year. She has improved at a rapid rate, due to having the opportunity to train seriously and spend time at elevation. On October 26th Burrett finished fourth at the BC Cross Country Championships, 33 seconds behind winner Cliff. Based on the current confirmation list of athletes set to compete at nationals, Burrett indeed has the opportunity to finish top-10 and perhaps even better. She owns a 10k personal best time of 34:42.

Of those who are confirmed to race nationals, a few dark horses remain for top-10 positioning including Trinity Western University’s Alison Jackson, who helped the Spartans finish fourth at the CIS championships that took place in London, Ontario on November 8th. Jackson set several personal bests during 2013 from 1500 metres to 10k. Her 10k personal best is 35:56.

Samantha Walkow of Vancouver competes for NCAA division one Purdue University her 5000 metre best is 17:07.33. The 22-year-old may surprise. Forty-year-old Shari Boyle also may surprise as she has run 5000 metres as fast as 17:03. Her bests from 800 metres to the half-marathon, including the 3000 metre steeplechase are consistent.

The senior women will competed over a 7 kilometre course, using the full 2km loop three times after circling the main beach-front leg, which will make the already spectator-friendly race even more exciting to watch. 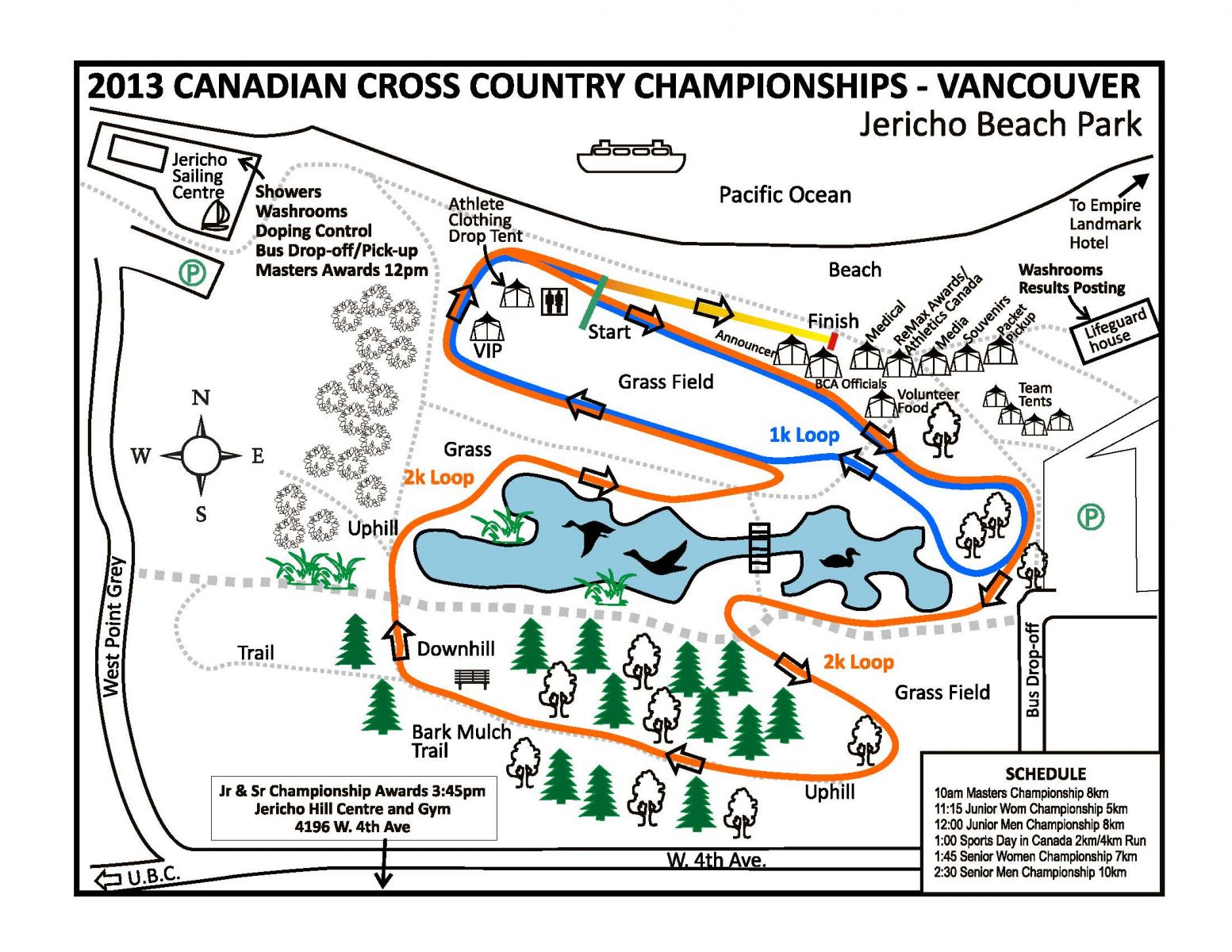