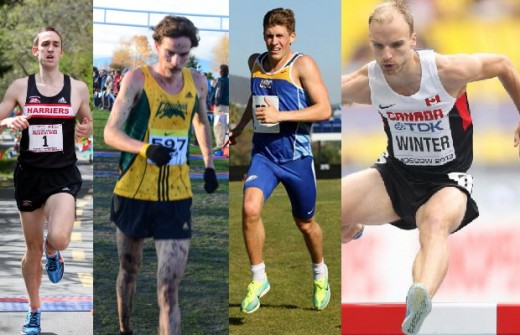 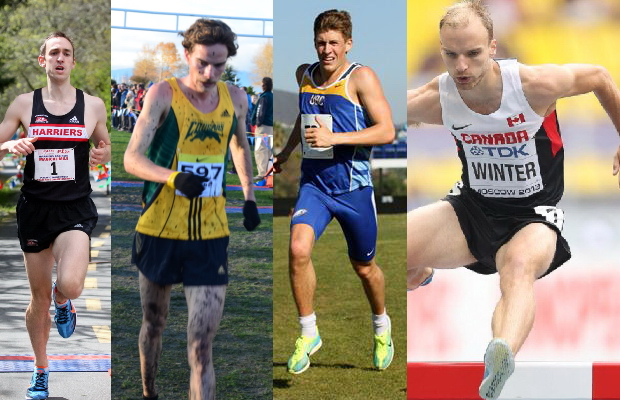 The following is based on the latest start list (November 7) according to Athletics Canada.

The 2013 Canadian Cross Country Championships are taking place in Vancouver, British Columbia, Saturday, November 30th at Jericho Beach.  The men’s senior championships may be the most intriguing race as the fairly even, top-level talent that is confirmed (to date) will make for an exciting marquee event.

Leading the way is a number of athletes who, depending on the day, can challenge for the win however; the favourites at this time appear to be between Kelly Wiebe, Luc Bruchet, Chris Winter and Geoffrey Martinson.

On October 20th, White Rock, BC’s Luc Bruchet won the BC Cross Country Championships in nearby Abbotsford. Bruchet is a former University of British Columbia Thunderbird, who has now moved over to Richard Lee’s group and runs for Point Grey Track and Field Club. Bruchet owns a 5000 metre personal best of 13:54.39 and displays good range with a 1:50.54 800m, 3:42.58 1500m and an 8:42.38 3000m*. His most impressive effort recently was the BC championship cross-country win, where he finished ahead of Victoria’s Geoff Martinson, whose 1500m best is five seconds faster. Bruchet said, “Over the past five-six weeks I’ve been able to hit some very solid mileage, with some quality workouts and I feel like my fitness is coming around. I’ve been very lucky to be surrounded by great athletes, who strive for excellence and it has definitely rubbed off on me. I’m really looking forward to nationals and getting after it with the Point Grey boys.”

Coach Lee was recently appointed BC Athletics Provincial Coach-Endurance. He will focus on coaching distances from 3000 metres to the marathon.

Bruchet spent his summer racing on the track in a season that he said had gone quite well, but was quite long. “I didn’t finish up racing until the middle of August, but I was fortunate to run at FISU, and thereafter get my first taste of racing around Europe. I took my time getting back into training this fall, gradually working the volume up,” Shared Bruchet.

Martinson is coming off two second-place finishes, including finishing second at the GoodLife Fitness Victoria Half Marathon behind winner, Kelly Wiebe. They finished in 64:59 and 65:19, respectively. GoodLife was Wiebe’s debut at the distance and a personal best for Martinson. Martinson is a former University of Victoria Vike who went on to compete for Canada at the 2011 IAAF World Track and Field Championships that took place in Deagu, Korea. Although Martinson is currently retired (and there is the possibility of a comeback) he continues to race at a high level. He will also be on the start line alongside Bruchet and Wiebe at nationals.

Wiebe is a former University of Regina Cougar. In 2012, he competed in the Canadian Cross Country Championships and finished third behind Olympians Cameron Levins and Mohammed Ahmed after having won the Canadian Interuniversity Sport Cross Country Championships (CIS) that took place two weeks earlier on November 10th in London, Ontario at the Thames Valley Golf Course.

Wiebe, earlier in the year won the Vancouver Sun Run over an international field by finishing in 29:12.3. At 22-years-of-age, the win was impressive enough that the Vancouver Sun’s headline of the story declared: Men’s winner Kelly Wiebe dazed, shocked and ‘very happy’. Wiebe’s personal best over 5000m is 13:49.54. Wiebe is also coached by Richard Lee. “First and foremost, cross-country is and always will be my passion. With that being said, when I toe the line at the National Cross Country Championships, I can assure you that I will be ready to compete for a podium position,” said Wiebe, when asked what cross-country means to him.

Should anyone have an advantage in the field, the nod will have to go to either Wiebe or Bruchet, who not only share the same coach, they are housemates, “Now that I am a Vancouver resident, I am even more excited to compete. I really want to put up a great performance for all the great fans and supporters that will be cheering hard out in the rain come November 30th,” said Wiebe.

The course is a two kilometre loop, run five times for the standardised 10 kilometre distance for senior men’s cross-country. The Schedule can change however it is set as:

The rest of the field:

Preview of the women’ senior race will be available soon.