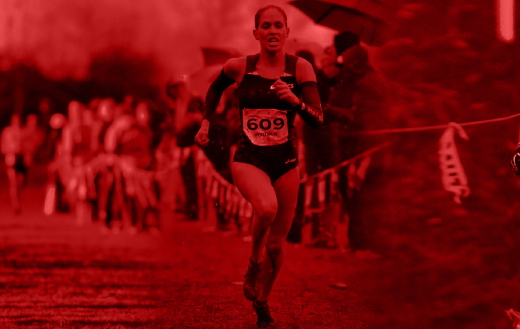 The Canadian Cross Country Championships taking place Saturday, November 29th at Jericho Beach in Vancouver, BC, will have exciting races throughout the event. Last week I wrote about some of the athletes that will be toeing-the-line in the senior men’s 10K race. In that article I indicated that it will be an exciting competition for spectators.

The senior women’s event may be even more exciting.

Defending champion Natasha Wodak from Vancouver will be in the race, however, she is returning from plantar fasciitis injury that she continues to battle, so she is not expecting to defend her title at this time. In the 2012 event, she finished third behind Kate Harrison and champion Megan Brown. One of her training partners, Rachel Cliff who finished second last year and again, one behind Wodak in 2012, will be racing; however, she will also be competing in the Chiba Ekiden relay in Chiba, Japan on November 24th. She may still feel the Ekiden race in her legs, therefore this opens up the possibility that the win may come from one of several other athletes.

When asked about her training and current fitness, Cliff said, “Training went great through September and October but unfortunately I had a small hiccup after the half marathon – nothing major but a bit of a setback.  I was able to do most workouts throughout, just lots of cross training between and thanks to my physio it only lasted a few weeks.  I’ve got lots of base training behind me, and time to do a few sharpening workouts between now and Chiba and Nationals.  There’s a strong field for Nationals this year and it’ll be good to see where we’re at and mix it up with some of the best runners in the country. I know I’m much ahead of where I was in September when I raced a lot of the girls last.”

Look for Rachel Hannah to be in contention for the win. Hannah, the Torontonian was on a roll in the spring of 2014. She finished fifth in the 2013 Canadian Cross Country Championships in November, 2013, and then she went on to set at least five new personal best times from 5,000m, to the half-marathon distance. In Toronto during April, she cracked the 33-minute barrier with her 32:33 winning performance in the Yonge Street 10K, she then followed that performance up with a 1:13:38 half-marathon in Montreal at the Canadian Half Marathon Championships; she crossed the line in first place. She continued her strong season with a 5,000m victory in the Speed River Inferno in Guelph, Ontario. She finished in the time of 15:50.31.

Jessica O’Connell who finished third last year had a fantastic race at the Payton Jordan Invitational in the spring, running the 5,000m distance in a new personal best time of 15:13.21, easily surpassing Athletics Canada’s “A” standard for qualification to the 2014 Glasgow Commonwealth Games. She will also be competing in the Ekiden. She told Athletics Illustrated, “After a late start to the season following a long summer of track, my fitness is finally coming around, just in time for the Chiba Ekiden and nationals! Seeing as I’m travelling to and from Japan for the Ekiden in the week prior to nationals, I’m not sure how I’ll be feeling for the cross country race, so this year has more of a team focus for me.” The 28-year-old added, “My club (UCAC) is sending four other strong, talented women, and it’ll be a refreshing change to think not only of my own placement in a race, but also of our team score. Of course, regardless of how I feel jet-lag-wise, cross country is always a mental battle and I have major goals of staying focused, poised, and tough throughout, performing the best I can on that day.

Lindsay Carson from Whitehorse, YK finished fourth in the 2013 event, she was off the lead by just 35 seconds.  Carson had a strong race in October at the GoodLife Fitness Victoria 8K race, winning with a new personal best time 27:15, only 11 men finished ahead of her. She is a four-time veteran of the IAAF World Cross Country Championships, three times as a junior, once as a senior, finishing 60th in the 2013 Bydgoszcz, Poland event, so she has good experience in the discipline. She owns a 10k road personal best time of 33:48 from the 2014 Vancouver Sun Run.

UBC’s Maria Bernard recently helped the Thunderbirds retain their number one conference ranking with a win at the N.A.I.A. championships. She more recently defended her championships win at the A.I.I.’s, helping her team – ranked number one – to defend their title. During the 2013 Canadian Cross Country Championships she finished sixth and 55 seconds back of winner Wodak.

Speed River Track and Field Club may not be sending a team of senior women, but Genevieve Lalonde will be competing. She is a six-time IAAF World Track and Field Championships competitor, so she is experienced racing at a high level in the sport. The 23-year-old Moncton, NB native, who graduated in 2014 from the University of Guelph, had a strong spring with personal best performances in the 800, 1500m and steeplechase. Coach Chris Moulton said, “Genevieve just had a strong cross country race finishing in a competitive time of 17:04; her fitness is good.”

It will be interesting to see what sort of a cross country runner that Edmonton’s Paula Findlay will be. As a triathlete she was one of the top young athletes in the world, until she experienced a hip injury as well as anemia that derailed parts of her 2012 and 2013 seasons. She also experienced a pelvic issue in the middle of the 2014 triathlon season, so her comeback, in the late summer of 2014 – to race in the World’s in her hometown – might have rejuvenated her. Although November would, at least in theory, be a base and a mileage time of year she may be quite fit, perhaps not sharp, but certainly aerobically strong. “I haven’t raced cross country for 3 years, so I’m not really sure what to expect! I have high goals as I approach every race wanting to be in the top 3, but since I’ve been out of the Canadian running scene for so long I don’t really know any of the names or who I will be racing against. I’m mostly doing this because I love racing, it will be a good hard effort, and I’m finally healthy enough to race!”

Jillian Forsey is a veteran of the junior races, being the Canadian champion from 2012 and second place finisher in 2013. For 2014 the Stephenville, NFLD athlete moves up to the senior ranks. In July the 19-year-old set a new 5,000m personal best time of 16:02.55. “My training this fall has been solid. I’ve had a good cross country season so far, highlighted by an 11th place finish at the Wisconsin Adidas Invitational in 19:57 on October 17th and a 2nd place finish at the NCAA Mid-Atlantic Regional this past weekend, “ said Forsey. She will be racing at the NCAA Championship this weekend before Canadian nationals next weekend.”

The West Virginia Mountaineer added, “I love Vancouver, so I am excited to finish off a busy racing season at the Canadian Cross Country Championships. Although this will be my first year running in the senior women’s race, I feel stronger than I was last year so I think I’m ready for the challenge. My goal is to run competitively and enjoy the experience!”

The nationals take place at Jericho Beach and include youth, junior, senior and master categories. There is also a community event, for all abilities. This is the final of four-consecutive national cross country championships to take place in Vancouver. For the 2015 season, the event moves east to Kingston, Ontario and stay there through to 2018.

Get all the information about the nationals at http://www.xcountry.athletics.ca/