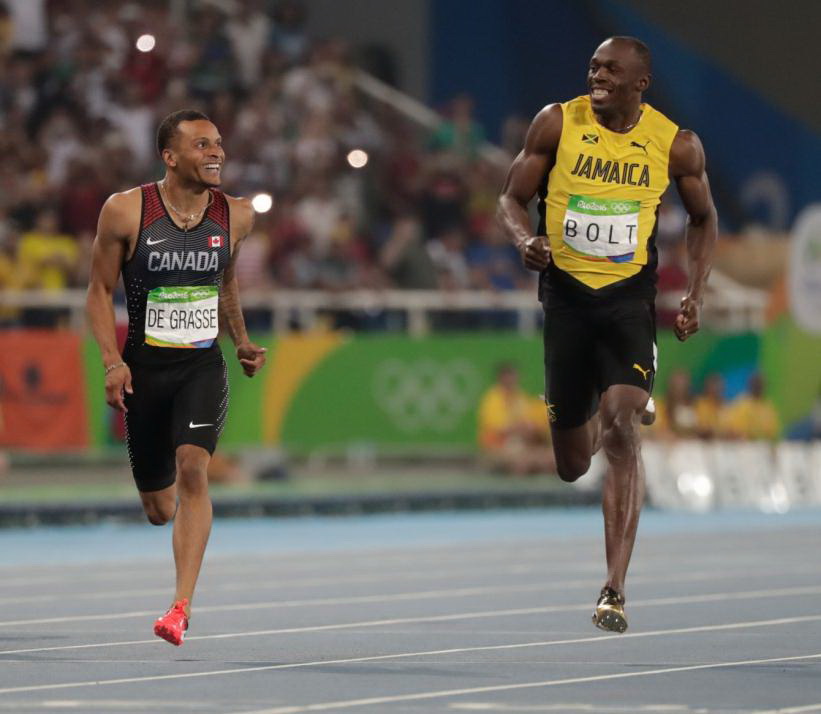 For the first time since 1928, Canada will have two men in the 200-metre Olympic final. On that day, Percy Williams took gold, and teammate John Fitzpatrick finished fifth. There is a good chance that De Grasse and Brown could repeat those performances or potentially finish 1-2. It’s incumbent mostly on which version of Noah Lyles shows up to the start line.

He failed to make the US team during the Olympic Trials in Eugene, OR for the 100m. He dominated his first heat of the 200m in Tokyo and looked a little less in control during the semi-final.

Regardless, 93 years later, De Grasse and Brown will join Williams and Fitzpatrick in the history books. De Grasse will go for his second medal of these Games, after finishing first in his 200m heat in a new Canadian record time of 19.73 seconds.

“I’m really happy about it. I broke my national record and it’s been five years since I’ve done that,” said De Grasse. “It feels good that I still have my 200m legs in me. I’m feeling good and ready for tomorrow.

The Canadian set a personal best and national record in the 200m with a time of 19.73

De Grasse will also be working on earning his fifth Olympic medal in two Olympic Games. He picked up three in Rio, in the 100m, 200m, and the 4 x 100m Relay. He grasped for his fourth with a bronze in the 100m in Tokyo.

Brown will be seeking to add to his medal collection as well. He earned a 4 x 100m Relay medal along with De Grasse in Rio.