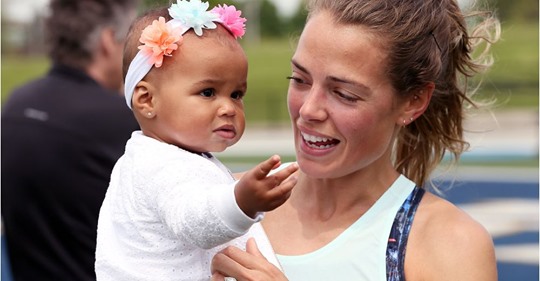 The royal phrase from 1539, the long arm of the law, echoes true today especially with the good work of the Athletics Integrity Unit (AIU).

The latest reaching back into the past may prove to benefit to Canadian athlete Melissa Bishop-Ngiaru. Better late than never, as they say.

The AIU handed down a provisional suspension of 31-year-old Belarusian 800-metre runner Marina Arzamasova who tested positive for LGD-4033 or Ligandrol.

Ligandrol is not an anabolic steroid but apparently aids in muscle-building and weight-loss. The FDA considers it a drug and the World Anti-Doping Agency has banned it. Side effects are liver toxicity issues and apparently suspensions.

Joakim Noah of the NBA, Will Grier in the NCAA with the Florida Gators football team and Australian swimmer Shayna Jack have all tested positive for the performance-enhancing drug and took forced time away from their respective sports.

She did not fare near as well in subsequent global championships.

The suspension may mean that Canada’s Melissa Bishop-Nriagu, who won silver, will be moved up to the gold medal position. Currently, Bishop-Nriagu has put a stop to her season as she has suffered an injury and will not compete at the 2019 Doha championships starting Sept. 28.

“The AUI confirms a provisional suspension against Belarusian middle-distance runner Marina Arzamasova for a violation of the IAAF anti-doping rules,” said the AIU.

This comes on the heels of countryman Andriy Semenov a shot putter who earned a suspension of two years after he failed from a sample re-test from the 2011 Daegu IAAF Championships.

Bishop-Nriagu holds the national record in the 800m event which she set at 1:57:01 at the Herculis Monaco Diamond League meet in 2017.