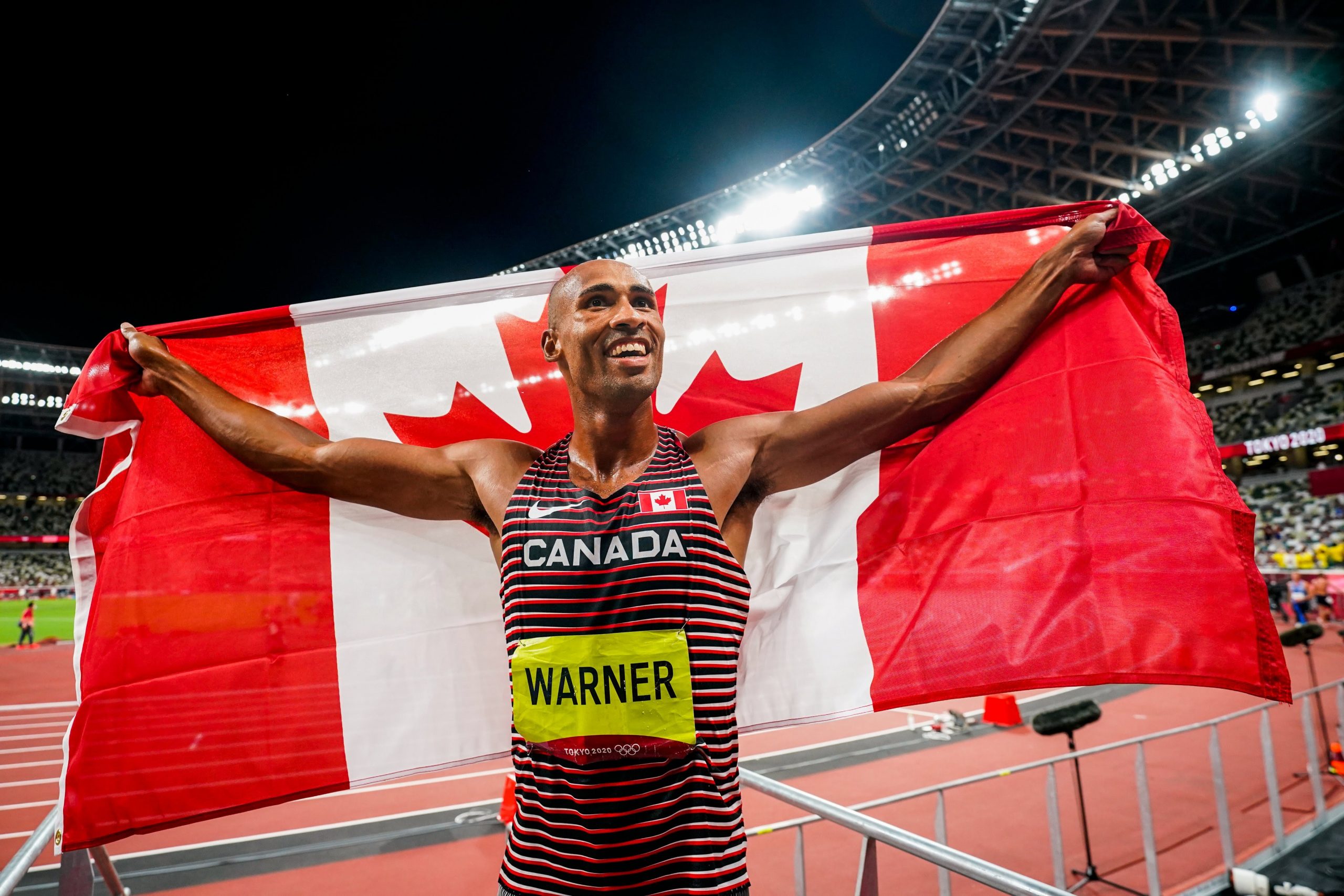 Warner is one of only four men to score more than 9,000 points in the two-day, multiple-discipline event of runs, throws and jumps. He is expected to compete in a couple of yet-to-be-determined disciplines at the Jerome as he builds toward the World Athletics Championships in Eugene, Ore., beginning July 15.

Warner won his gold medal in Tokyo last August, scoring 9,018 points to set the Olympic record. He later served as Canada’s flag bearer at the closing ceremonies and won the Lou Marsh Trophy as Canada’s top athlete in 2021.

In addition to the Olympics, Warner, 32, has won Commonwealth and Pan Games gold medals and has captured the prestigious Hypo Meeting decathlon event at Gotzis, Austria, a record six times. But he is still looking for his first world championships title after previously finishing second once and third twice.

“I’m thrilled that fans will be able to welcome Damian back to the Vancouver Sun Harry Jerome Track Classic,” said Hole. “It gives us a chance to show our appreciation for all he’s done to uplift us, and propel him into the next chapter of his journey: the World Championships in Eugene.

Warner, a London, Ont., native, will come to Burnaby after trying to defend his Hypo title in Gotzis in late May.

The Jerome, Canada’s longest running track and field event, will feature a full field of athletes and fans in the stands this year. The 2020 Jerome was canceled outright because of the Covid pandemic and the 2021 event was limited to just 71 athletes and no spectators inside the stadium. But that meet was still a resounding success with one Canadian record set, one Olympic standard reached, four meet records and 27 personal bests.

“We can’t wait to reunite the west coast track and field community,” said Hole. “The Harry Jerome has long held a special place in the hearts of athletes, coaches, officials, alumni and fans alike. It’s no secret that Canadians cherish the opportunity to compete in front of a supportive home crowd.”

Further commitments from Canadian and international athletes will be released closer to the meet.

The Jerome is hosted by B.C.’s Achilles International Track and Field Society, with proceeds from the event used to support track and field competition in the province.

This year’s Jerome will be part of Athletics Canada’s National Track and Field Tour, a series of 10 high-performance meets scheduled for the 2022 outdoor season. As a bronze classified event on the World Athletics Continental Tour, the Jerome will provide athletes with the opportunity to collect World ranking points.

Other B.C. events include the Victoria Track Classic on June 16, the Kamloops Throws Festival on June 18 and the Canadian Track and Field championships June 22-26 at Langley.

Tickets to the meet are now available online at www.harryjerome.com.