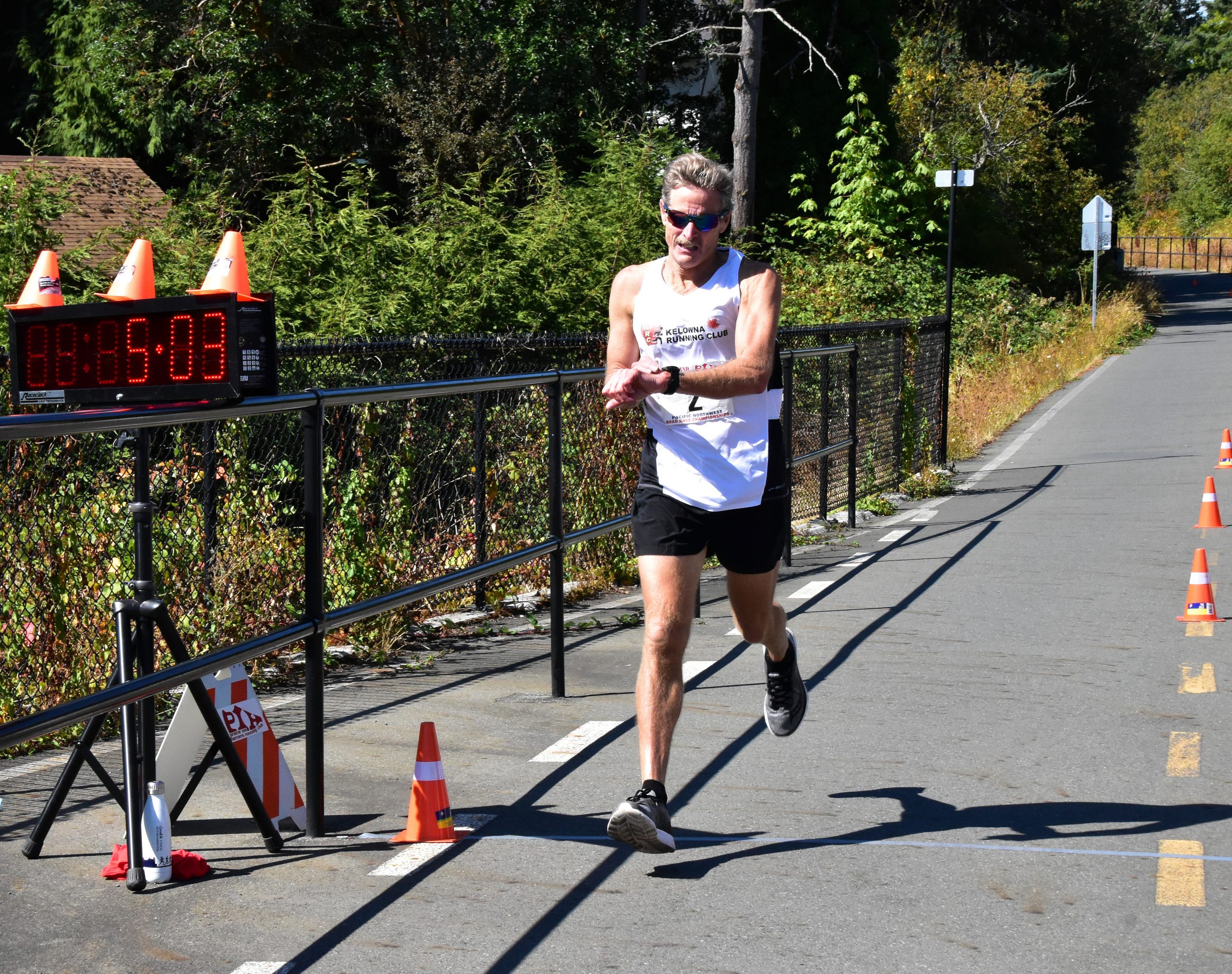 Sixty-year-old, David Guss, of Kelowna, BC visited Vancouver Island over the Labour Day weekend and took advantage of his first in-person road race opportunity in two years to set a national one-mile (1609m) record. He broke the record at the Harrier’s Bob Reid’s Magical Mile race on Monday.

The race took place on a portion of the E&N Trail, which is part of a complex network of commuter trails around the Greater Victoria area.

“My goal for the race was to challenge the provincial record,” shared Guss. “The hardest part about running this road mile was running alone while trying to keep on pace. At the turnaround point, my time was about 2:30, so I knew I had to keep pushing the pace and finish strong. I tried to kick over the final 400m and I achieved the provincial (BC) and Canadian records, pending ratification.”

His mile time on the track was 4:54, which was set in August in Kelowna.

Prairie Inn Harrier, Aaron Holmgren, of Victoria won the race. The 39-year-old planned to get to the halfway point in 2:15 and then challenge the 4:30 barrier. He clocked a 4:30.50 finish time, which was a new personal best in the event.

The first woman was, Leigh Sunderland, of Victoria, she is a Prairie Inn Harrier member, which was the host club. She finished in the time of 7:21.10. The 61-year-old was followed in by clubmates, Carol Ann Owen with her 8:54.50 performance for second, while the third female finisher was Jane McDonald in the time of 10:14.40.

Athletes ran in a staggered start, where the fastest went first and the slowest-seeded runner went last, to ensure that there was minimal passing on the commuter trail. The race was organised by the Prairie Inn Harriers running club.