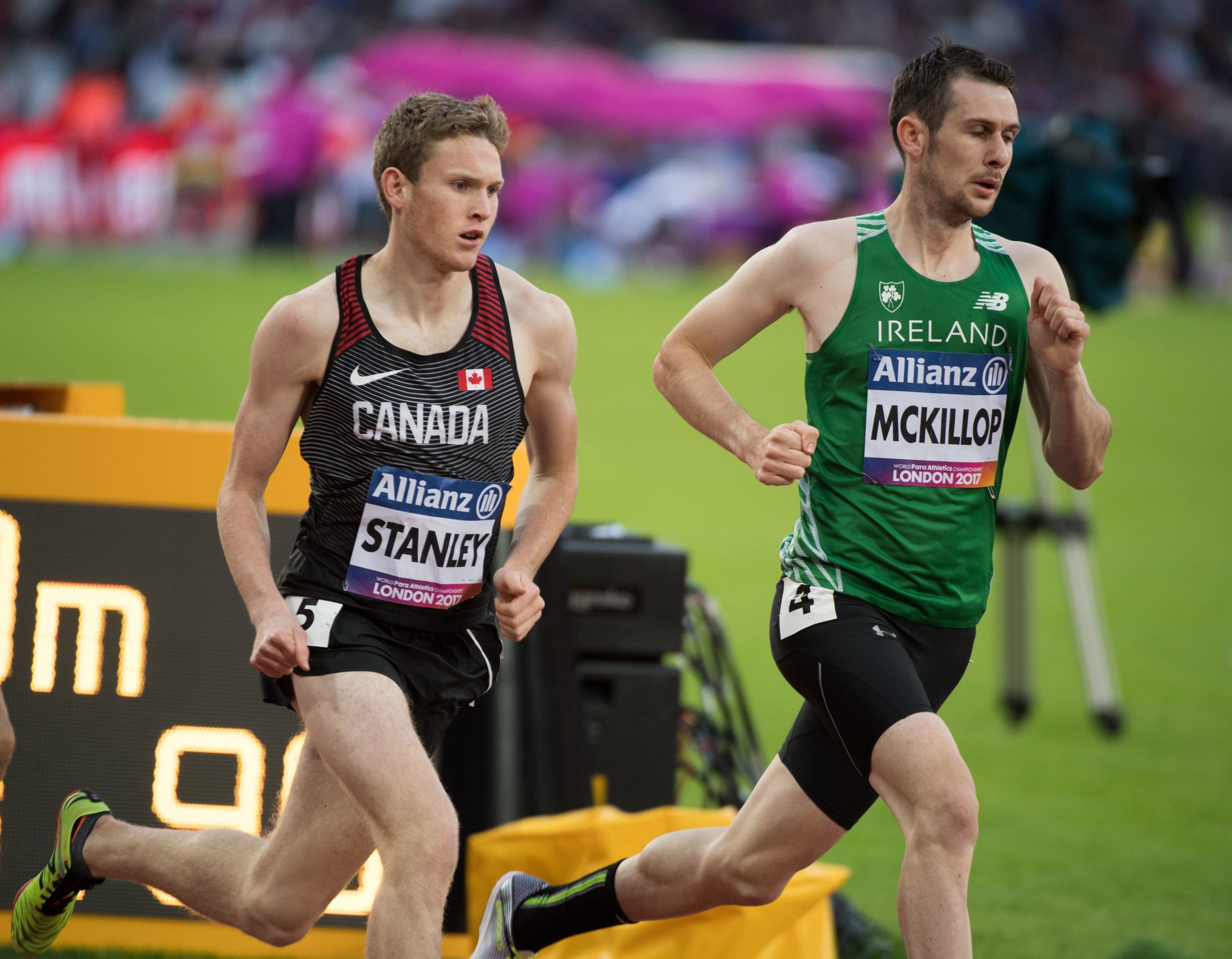 Liam Stanley followed both those rules this weekend in B.C., obliterating the T37 5,000 metre world record with a time of 15:54.5, pending the normal ratification process. The 23-year-old runner from Victoria finished 13 seconds ahead of the world record, held by Denmark’s Christoffer Vienberg, and was almost a minute faster than the Canadian record, held by Shayne Dobson.

“With a lap to go, that’s when I knew I was probably going to break it,” said Stanley. “That’s when I first realized it. After that, I just tried to go as fast as I could.”

Even knowing that a world record result was within his reach, Stanley was not completely prepared for the final time after he had crossed the finish line. “I was really tired right after, but as time went on it started to sink in and I started to feel really good and really proud.”

Running at the UVic Centennial Stadium this past weekend, the plan was to start slow and to increase the pace in the second half. The plan worked. “We did the first 2 kilometres pretty slow and then picked it up. The guys in front of me did a great job and I just had to stay calm and run my race.”

As Stanley awaits the ratification of his historic new world record, Stanley is already thinking about 2021 and the Paralympic Games taking place in Tokyo. “I definitely want to go to Tokyo and get on the podium again. It’s such a special moment, with people cheering and clapping. You just try to enjoy the moment.”

“It’s a special feeling to be on such a short list of phenomenal athletes. I just have to try not to take it for granted and to keep working hard.”