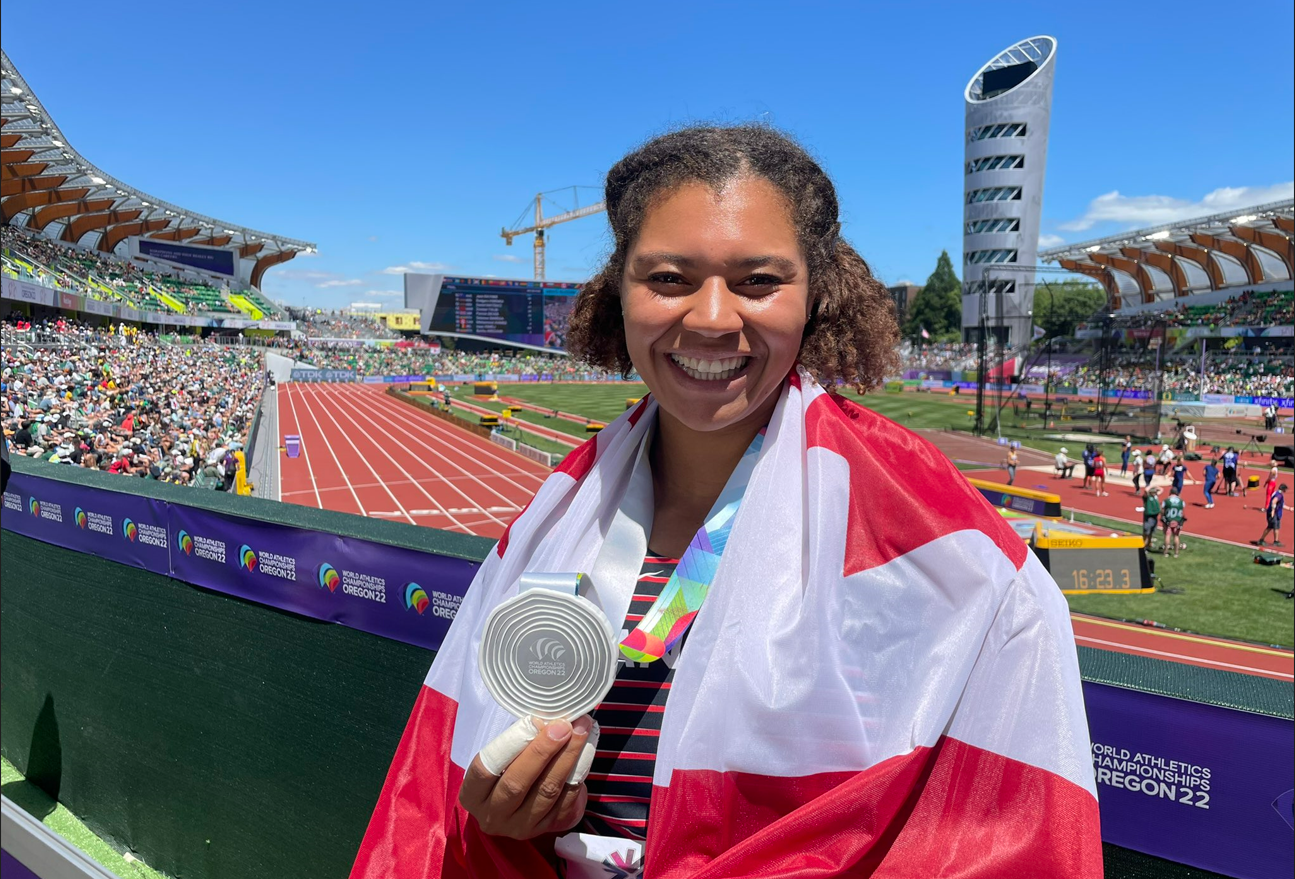 Canada has already performed well at the 2022 Eugene World Athletics Championships. There have been some ups and downs along the way, including medal hopes Andre de Grasse not being as fit as he hoped due to Covid and injury in the winter and spring and Gabriela DeBues-Stafford being injured leading up to the meet. But Canada’s first-ever medal in the hammer throw by Camryn Rogers and the marathon team performances led by Cameron Levins and Leslie Sexton were great moments to be sure. Below Athletics Canada highlights what to watch for next.

From Athletics Canada: The stalwart of Canadian sprinting once again shone in a World semi, coming up clutch and moving on to the 200m final from three heats that saw six men run faster than 20 seconds.

Both runners, set to appear in heats one and three, were given lane eight. Blake was the first Canadian on the track, finishing third in heat one in 20.29, narrowly missing out on the top two auto-qualifying places. The 26-year-old had to wait for heats two and three to unfold to see if his time would be fast enough to earn him a wild card spot.

“I could have executed better – it’s my first semi-final and first world championship,” he told reporters shortly after his race. “But I was in my element out there, I was having fun. You always want more, especially when it was a fast race, but I gave what I have.”

A blazing-fast second heat, however, pushed Blake out of the finals when three men: Americans Noah Lyles and Kenny Bednarek, and Jareem Richards of Trinidad and Tobago ran under 20 seconds. When Aaron Brown stepped on the track in heat three, he knew he needed to run at least 20.10 seconds, or finish in the top two to make the final.

The five-time Canadian 200m Champion did both.

Finishing second to American 19-year-old phenom Erriyon Knighton, Brown auto-qualified for the final in a time of 20.10.

“I was running blind, and I felt pressure on my inside,” said Brown, about being assigned lane eight. :I figured Erriyon would be up there, and I’m cool with that, I just had to be top 2.”

In the final, Brown will face Lyles, who looks to be in tremendous form after dominating the second heat and stopping the clock at 19.62 seconds. Brown said he is confident that he will be competitive in the final, and that his slip from the blocks during the 200m heats did little to affect his health.

“I’m not gonna let that stop me… nothing I can’t run through. I’m out here to run, baby.”

Canada’s two fastest-ever 800m runners Marco Arop and Brandon McBride, separated in personal bests by 0.06 seconds, will race in the 800m heats. This year, the 24-year-old Arop has the edge, after stopping the clock at 1:43.61 — the third best time in the world this year — at the Warmup to Worlds meet in Edmonton. McBride has yet to crack the 1:45 this year, but the two-time World Championship competitor, for his talent and experience, can never be counted out.

Veteran Gleadle to throw javelin at her fourth World Championships

You can’t talk about the javelin in Canada without mentioning Liz Gleadle’s name. The Vancouver athlete is a three-time Olympian and 11-time national champion. Tomorrow, she will give Worlds her fourth shot as of 3:20 p.m., when the javelin qualifying round begins. Gleadle’s best finish at a World Championship is 11th, though she ranks tenth in the world this year.