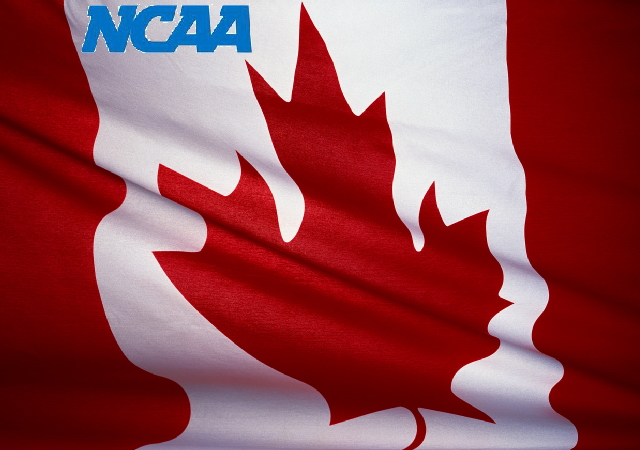 According to achievements by their respective teams, Canadian coaches are beginning to produce winners in the sport of cross-country and track and field within the first division of the NCAA. Perhaps Canada’s athletics coaching development program is succeeding in engendering the culture of effective leadership. For example, during the tremendously competitive 2011 NCAA Track and Field Championships, where 31 teams make it to the big meet out of 315 teams nationwide, at least twenty percent are coached by Canadians. Some of those coaches are, Peter Watson, the men’s head cross-country and assistant track and field coach for the University of Virginia Cavaliers, Chris Rengifo with Eastern Kentucky University men’s team, women’s head coach Karen Harvey at Florida State University, Ricardo Santos coach of Iona College’s women’s team, Sean Cleary coach of the University of West Virginia women’s team and Andrea Grove-McDonough who coaches the women at the University of Connecticut.

London, Ontario’s Peter Watson has been credited with helping to guide Kendra Schaaf to two All-American honours. Her personal bests coming out of high school were 4:20.27 for 1500m and 16:05.16 for 5000m. After two years of success as a sophomore and freshman at the University of Washington, she developed injuries and decided at that time to work with Watson at the University of North Carolina. Her personal bests dropped to 4:18.61 for 1500m, 9:14.62 for 3000m and 15:52.74 for 5000m. Watson also navigated the University of Virginia men’s team to the 2012 Southeast Regional Championships and to fourteenth position at the NCAAs. Previously Watson coached at the University of Auburn. At Auburn during the 2008 season he coached the cross-country teams to their most successful season, to date.

Karen Harvey of Paris, Ontario is the women’s head coach at Florida State University. In the six years she has been involved with Florida State, she has led her team to five consecutive top-three finishes at the NCAA Cross Country Championships, which includes second place finishes in both of the 2009 and 2010 seasons. Harvey has guided her cross-country team to produce 13 All-American honours, the track and field team has compiled 15.

Prior to joining the Florida State staff, Harvey turned Illinois into one of the finest cross country programs in the nation over a five-year run. In her final two seasons in Champaign, the Illini posted a pair of top 10 finishes at the NCAA Championships. After a 20th-place showing in 2004, Illinois produced the top finish in school history with a fifth-place finish in 2005, then followed up with an eighth-place showing in 2006.

So why are Canadian coaches experiencing success in the NCAA? It may have to do with the the marriage of two disparate approaches. The Canadian method is one where the coach mentors each athlete as a distinct individual, while in the American system, it appears that coaches lead teams to work as whole units; embracing team cohesion.

“Not every athlete is the same and you have to adjust certain aspects of training to the individual.”

Sean Cleary, coach of the West Virginia Mountaineers has in six years turned the Mountaineers into a perennial powerhouse. Cleary has been coaching for over 20 years. “The great advantage that each of the Canadians have, that are coaching in the NCAA is that we were all coached by very good coaches here in America, but equally so, it is important to note that we had phenomenal coaching while in high school, in Canada” said Cleary. “There are so many great coaches north of the border and Canadian high school running develops a mentality that revolves around the betterment of the individual, while in America there is a much greater emphasis on the team.”

Perhaps Cleary’s comments above, reflect an acceptance of a balanced approach by Canadian coaches, with an emphasis on personal development within the context of working as a team; the whole is greater than the sum of its parts, where each part is as strong as it is capable of becoming. Cleary said as much, “When thinking about the coaches that are now coaching in the NCAA that were products of the Canadian system, I feel many have found the balance between team and individual needs. It’s rare to find coaches that care more about an individual runner’s needs at the expense of university success. We were taught this by our mentors in Canada.”

Iona College Gael’s head coach, Ricardo Santos is a four-time MAAC men’s and women’s cross country Coach of the Year, he is in his fourth year at Iona. Previously Santos was an assistant coach with Harvard’s distance team. In each of his first four seasons as the Gael’s coach, Santos has led the team to the top 10 each year, including one second place finish in the NCAA Championships. Santos’ program, a member of the NCAA Division I-AAA, has earned four national team championships in cross-country during the 2010 and 2011 seasons, indoor track and field and outdoor track and field both during 2011.

In her fifth year as assistant women’s track and field coach and previously as head coach of cross-country, Andrea Grove-McDonough, has rapidly improved the cross-country program and distance teams at the University of Connecticut. Interestingly, like Rengifo and Harvey, Grove-McDonough helped bring national ranking to the university for the first time in program history followed by the Huskies reaching their first ever NCAA Championships in 2012 as well as their highest ranking achievement, fourteenth position.

Santos credits a combination of his early Canadian coaches as well as his NCAA university-level mentors saying, “My main knowledge of running has come from my three key coaches I had during my running career. Dan Mowers when I was younger (grades nine and half way through grade 10), then Eddie Raposo until the end of grade 13, then Mick Byrne at Iona College, and he continued to coach me for five-plus years after I graduated from Iona.”

Again, like Cleary, Santos suggests that there is a balanced approach required, where individual needs and team cohesion are important factors while competing at a high level in the NCAA, “It wasn’t until I joined the Iona staff and learned from Mick and his assistant Jason Saretsky (current Harvard head coach, I coach under him at Harvard as well). Mick and Jason really taught me about training philosophies, and the importance of knowing your athlete and what makes each one tick. Not every athlete is the same and you have to adjust certain aspects of training to the individual.”