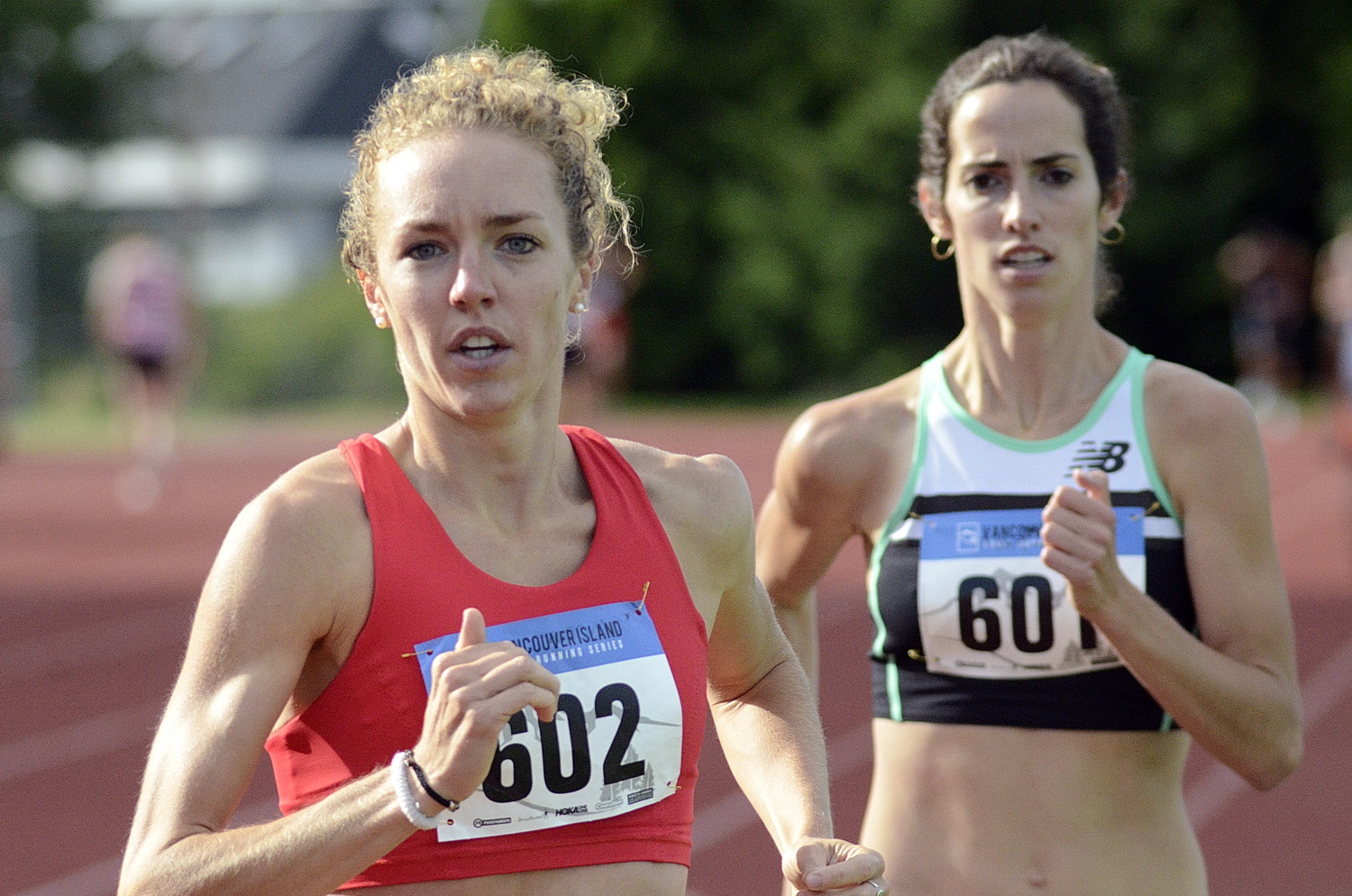 It’s been a while for Canadian 3000m steeplechaser Jessica Furlan due to injury. But she showed up well Friday running a Canadian-leading performance for 2022 at 9:38.43. She took fourth at the Payton Jordan Invitational at Stanford University.

Furlan owns a best of 9:33.45 from 2014. The 32-year-old runs for Excel Athletika from her hometown of Regina, Saskatchewan.

For Furlan, it has been a string of injuries mostly around her heel area — mostly the calcaneus bone — first in 2015, reinjured in 2016, and then a 2018 tibial stress fracture visited — a unique one likely resulting from the other injuries. She had surgeries. And what would be a runner’s career without a good bout of plantar fasciitis the following year?

Furlan raced a few times this year, but Payton Jordan is her second-fastest 3000m steeplechase performance of her career, which offers promise.

“Yes — a string of injuries dating back to 2015, so very happy to have run my second best time ever on Friday. Personal best this season is the plan,” shared Furlan.

“I ran Mt. SAC two weeks ago and that went well. [I ran] 9:49 on a day where I didn’t feel fantastic and hurdles weren’t super smooth. So I knew there was a bit more there.”

Furlan will likely race again on June 19th at the USATF Distance Classic which is being held at Mt. SAC.

Cameron Levins used to own the national 10,000m record, which he ran in 2015 in the time of 27:07.51 at Hayward Field. Three years later he broke the 43-year-old national marathon record at the 2018 Toronto Marathon with his 2:09:25 performance. That record continues to stand. He has focussed primarily on the marathon since. It’s been a hit-and-miss affair, with 11th-hour Olympic qualification in Austria before Tokyo, as well as some late fades and DNFs. To borrow from baseball, to hit it out of the park, you have to swing hard and Levins has done some swinging, to be sure.

In Dec. 2020 at The Marathon Project, he was on pace for 2:08 for much of the race, he looked comfortable with the leaders until just past the 20-mile mark. In Austria, he smartly ran only as fast as he had to, to qualify for Tokyo. It was a high-risk – high-reward venture that paid off. He ran Tokyo, after missing Rio. At 2012 London, he was under the weather.

At the 2020 London Marathon, the weather was sideways. It was cold and rainy and the loop around St. James Park was monotonous. Even the great one Eliud Kipchoge had a sub-par performance. Levins dropped out.

Friday, he dropped down a couple of distances and took a crack at the 10,000m event, running a solid effort in the time of 27:53.58. He finished in seventh place.

It is likely that he is tuning up for a marathon again.

An unattached Dillon Maggard won the race in the time of 27:37.26. Finishing second was Adriaan Wildschutt with Florida State University. He clocked a 27:38.54 performance.