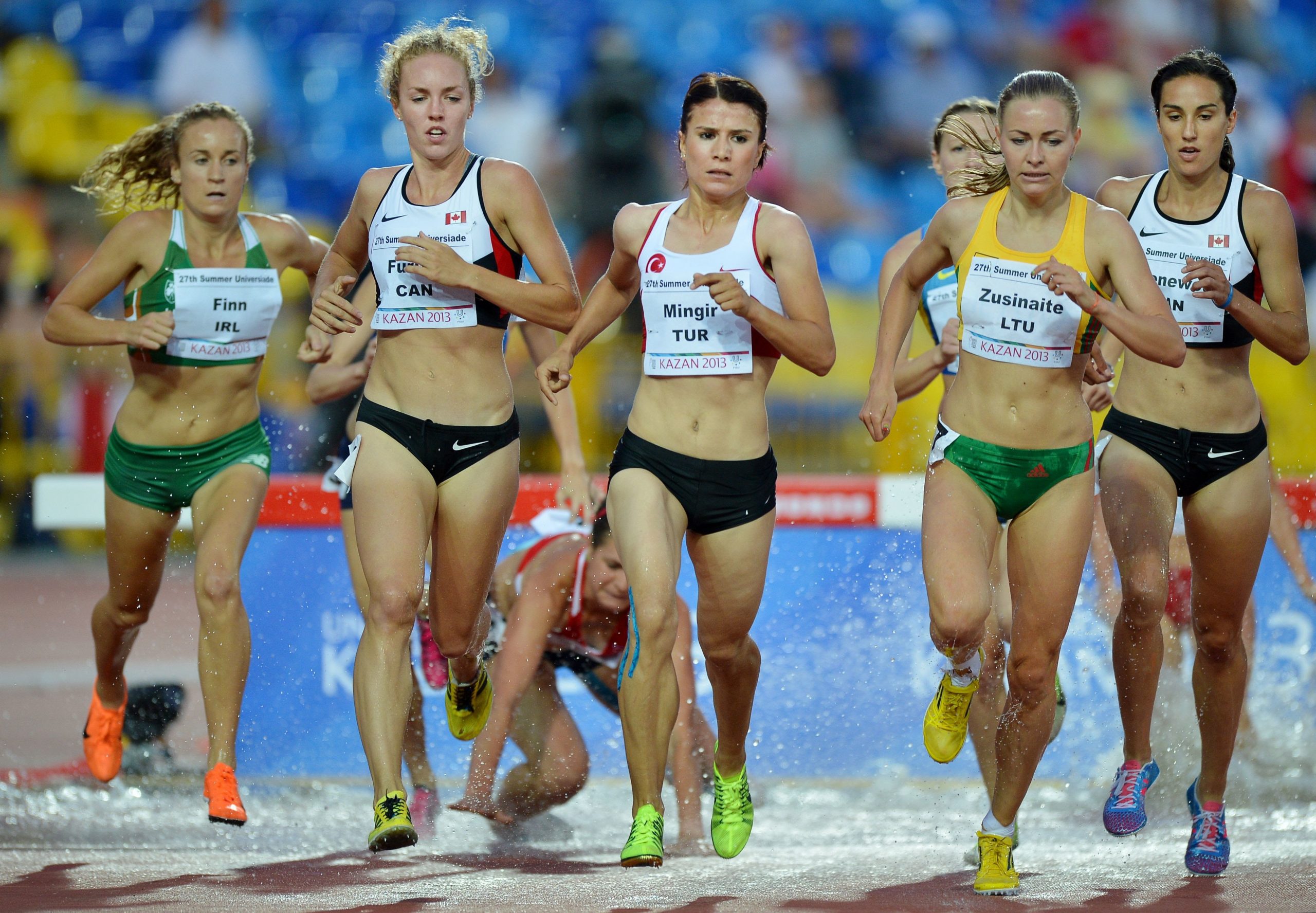 Canadian Chantelle Groenewoud and Jessica Furlan who both competed in the 2013 World Summer Universiade (FISU) in the 3000m steeplechase have had their finish positions upgraded to first and second place.

They had finished the race in fourth and fifth position, respectively, however, since have been upgraded thrice due to doping.

Furlan, the two-time national champion finished the race in Kazan, Russia in the time of 9:51.23. Groenewoud clocked a 9:51.17.

“It’s a bittersweet emotion for me. There’s no one else I’d rather share a podium with than Jessica,” Groenewoud told Athletics Canada. “Part of it is never getting that experience when you’re on the podium and your national anthem is playing, or you’re in the race and you’re realizing that ‘Wow! I’m going to win gold or silver!’”

“We were happy with our result that day, and finishing fourth and fifth was exciting,” said Furlan. “It’s weird because you see and hear about people getting upgraded. We assumed that at some point in our careers we weren’t competing on an even playing field.”

The top-three were all caught doping. Russian Yulia Zaripova who had finished in first position in the time of 9:28, followed by Svitlana Shmidt of Ukraine, and the third-place finisher was Gulcan Mingir of Turkey. All since disqualified.

Zaripova was first suspended because of abnormalities in her blood profile as indicated in her Athlete Biological Passport. She went on to win gold in the 2012 London Olympic Games and 2009 Berlin World Championships. She has since been disqualified from the Olympic results as well as the 2011 Daegu World Championships in addition to the FISU meet. She was among 12 others sanctioned in 2016 after testing positive in a reanalysis of doping samples.

Ukrainian Svitlana Shmidt has the distinction of winning the 3000msc, 1500m, and being on the 4 x 400m winning relay team all accomplished over three days at her national championships in 2011. There is little else from her career noteworthy since she has had results expunged from the 2012 London Olympics Games, 2012 European Championships, 2014 World Indoor Championships in addition to her FISU performance.

SHOESTRINGS: The Russian Anti-Doping Agency (RUSADA) is in the middle of its appeal to the Court of Arbitration for Sport (CAS) for non-compliance as deemed by the World Anti-Doping Agency (WADA). The CAS expects to have a decision before 2020 runs out. Meanwhile, the Russian Athletics Federation (RusAF) has been suspended since 2015 and is under the threat of being expelled completely.