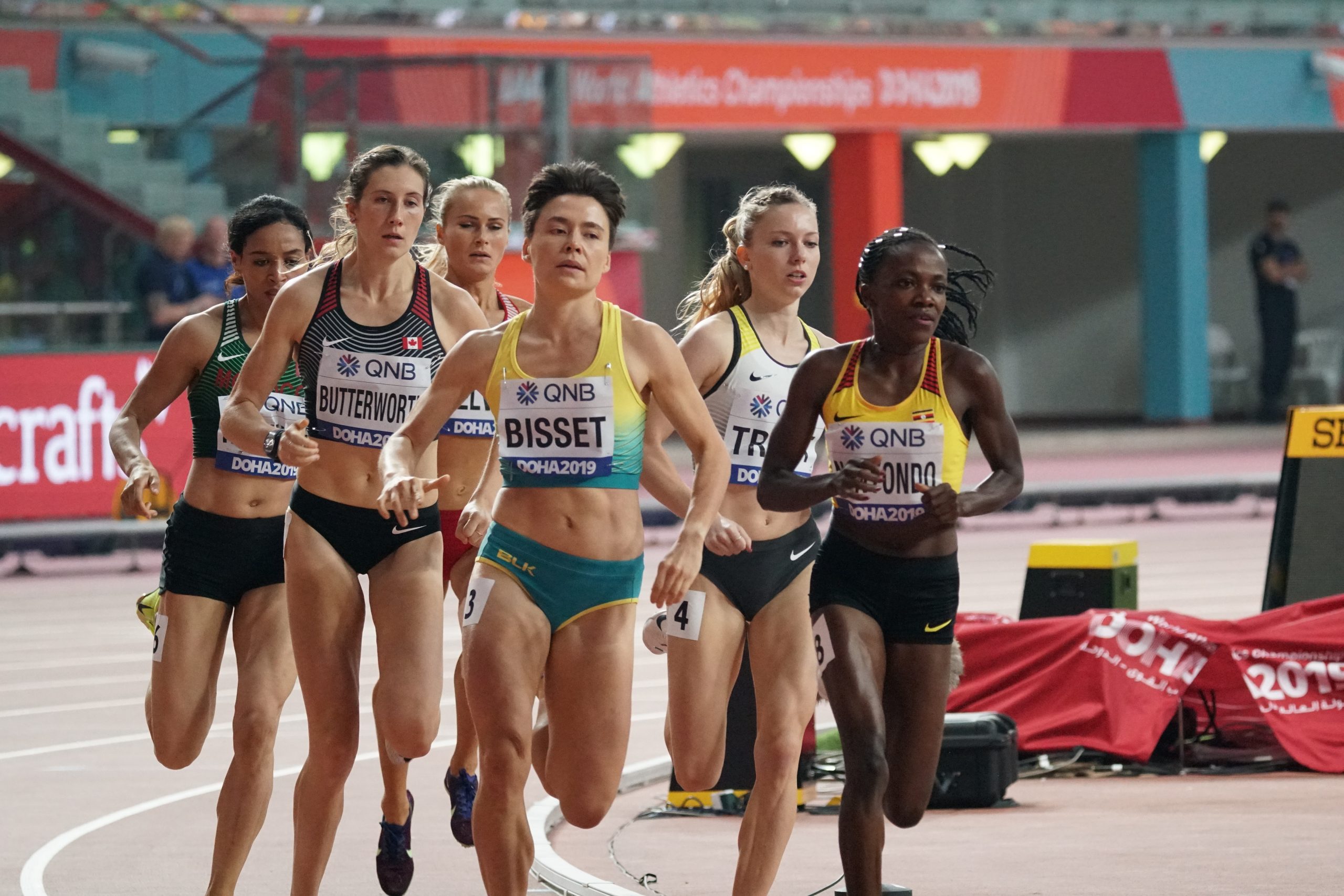 The new track in the nation’s capital was the scene of dozens of sensational performances in late January, three weeks on, this Thursday night the Canberra Track Classic, part of the Coles Summer Super Series, will host season debuts for Australian record holders Catriona Bisset and Brandon Starc.

Clay stunned the crowd and herself at the Melbourne Track Classic slicing 0.32 seconds from her PB and moving to the fourth fastest Australian ever

“Where did that come from – I’m shocked. I am honestly lost for words,” she said after the race

A few days later she was able to reflect on the achievement.

“Things have just clicked in the last few months and I was just really proud that I finally put it together during a race. The race was a bit of a blur looking back, which is good – no thoughts just pure racing.”

How will she approach the Canberra race?

“The goal in Canberra is to just execute exactly the same race with the same mindset. It’s a huge confidence boost going into a stacked field with 12.94 in the bag.”

National record holder Catriona Bisset has her first race on home soil since she became the Australian record holder last year in London. She reflected on her breakthrough 2019 season.

“Last year was a huge learning curve. I had to quickly adapt to international racing, unexpected success, and then injury. I took several months off running after Doha to recover and rehab from a fibula stress reaction (and probably the mental impact of the year’s experiences) so I’ve had about five or six weeks full training leading into this race.”

With limited preparation, Bisset will be taking a measured approach to her season debut.

“I don’t have any expectations, just planning to run hard and start building momentum into Nationals.”

But it seems whatever her form, Bisset will jump at a chance to return home.

“I love racing in Canberra. My parents live there, and my mum’s cooking is the best food in the world. I also grew up running at the AIS track so it’s always interesting thinking about how much things have changed every time I come back here.”

What a difference a year makes, 12 months ago Georgia Griffith was racing herself back into form after a couple of injury setbacks, this year she arrives in Canberra off the back of a wonderful four months which included a semi-final appearance in the 1500m at the world championships, a national mile title and two good half-mile hit outs in January.

Australia’s two world class jumpers Nicola McDermott and Eleanor Patterson will no doubt spur each other on to new heights this summer. Is the Australian record under threat? It certainly has been a goal of McDermott’s.

“I want Australia to get to the next level for high jumping and that is for a female to jump over two metres,” she said.

McDermott has improved in the last couple of years, clearing her Olympic qualifier of 1.96m in Ostrava in June 2019, while Eleanor Patterson equalled her PB of 1.96m, three weeks ago in Canberra.

“I’m very excited for the season ahead and so happy to have the first comp opening this 2020 season with an Olympic qualifier out of the way. I just would like to enjoy the year ahead,” said Patterson.

Similar to the women, we have a quality line-up with four athletes owning PBs at 2.30m or higher, led by equal national record holder Brandon Starc at 2.36m. He will be taking his first competitive jump since the October Doha world championships, while the other three athletes, Joel Baden, Nauraj Singh Randhawa (Malaysia) and Hamish Kerr (NZL), have all jumped this summer. There are another three athletes with PBs over 2.20m, specifically junior Oscar Miers who himself is in great form equalling his PB of 2.22m this summer.

Local interest will follow the progress of Lauren Boden who has been in the best form of her life over the last 12 months and already this summer has run two sub-56 times. She races three other Doha world championships competitors, Sarah Carli, Sara Klein and Kiwi Portia Bing. World championships semi-finalists, Carli, was just 0.03 outside the Tokyo Olympic standard of 55.40 in Doha, a standard which should be approached by Boden and Carli this summer.

This is expected to be a re-run of the terrific Perth race where Rohan Browning clocked a windy 10.06 (fastest time by an Australian in all conditions for 15 years) and Jack Hale ran 10.12 PB in the heat and a windy 10.10 in the final. Kiwi Edward Nketia will be better for a few runs and throw Matt Rizzo into the mix after his third on this track in 10.34.

Three Canberra training partners highlight a quality men’s ambulant 100m. Paralympic Games medallist, Chad ‘The White Tiger’ Perris (T13) should cross the line first, as he chases his Tokyo Paralympic Games A standard of 10.91. Paralympic Games and five-time world champion, James Turner (T36) is in the hunt for a time of 11.96 for Tokyo. Returning from injury, and after missing the Dubai world championships, Scott Reardon (T42/63) a three-time world 100m champion, will be looking for 12.27 to impress the selectors.

This is the best domestic 200m line-up for a couple of years. Riley Day looks to be in her best form for two years and continues her dual against equal fastest Australian in 2019, Nana Owusu-Afriyie, whose speed is improving with consecutive 100m PBs. Beach sprinter Bree Masters is the unknown, running 23.35 in her first track meet for eight years, Maddie Coates is the second fastest in the field and Ella Connolly has run 200m/400m PBs this summer.