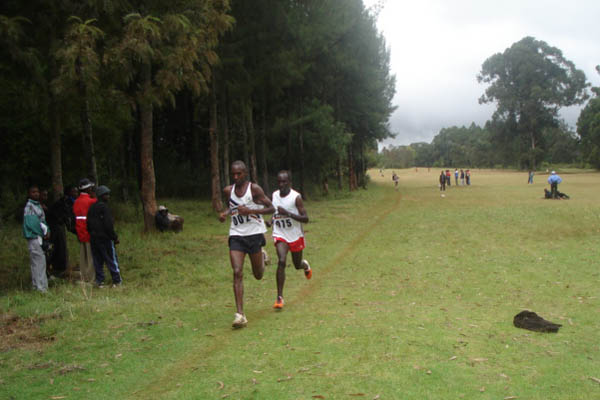 When Kenyan marathoner  is asked whether the $25,000 bonus on offer for beating the Scotiabank Toronto Waterfront Marathon record is motivation for the October 14th event he answers succinctly.

“Definitely,” he declares. “My goal is to run well and, more so, to improve my best time.”

The 35 year from Nyahururu, in Kenya’s Great Rift Valley, has the credentials to challenge the record of 2:07:58, set by Kenneth Mungara in the 2011 edition of this IAAF Silver Label race. That time is also the fastest ever run on Canadian soil.

Although he hasn’t met Mungara, and lives in a different area of the country, he is aware of the Toronto course. His manager, the New Zealand born American, Derek Froude of Possosports, also manages Mungara. He has been in Toronto several times and has shared his knowledge with him.

Munyeki is from the new school of Kenyan marathoners. Lured by the massive amounts of money – and myriad opportunities across the globe – these runners are going straight into road racing rather than converting from track and field. Indeed, he first attracted attention in 2005 when he recorded a decent time of 1:01:34 for the half marathon. The result was more impressive considering it was run in the high altitude of Nairobi. It is widely believed he could have run a minute faster at sea level.

Pacemaking duties followed at the Chicago Marathon a year later where he towed eventual winner Robert Cheruiyot through 30 kilometres before he set out racing in Europe. He improved his best time in the half marathon to a mighty 59:44 at the 2008 Rotterdam half marathon. A year later he surprised many with a world class 27:45 clocking for the 10 kilometres on the roads.

“I run every day and about 265 kilometres per week,” Munyeki says of his buildup to the Toronto date. “I train with guys like Charles Kamathi (the 2001 IAAF World 10,000m champion who has also run 2:07:33) and many young athletes. My Coach is Francis Kamau.”

Munyeki grew up on a small farm with his brothers and sisters where he attended Nyeri High School. He credits the coach as his inspiration adding he runs marathons “because I like it and I am good at it.”

Although he will turn 36 in November he is aware that many marathoners have had success well into their thirties. Carlos Lopes of Portugal won the 1984 Olympic marathon at age 37 while Haile Gebrselassie set the world record when he was 35. And, Kenneth Mungara set the Toronto course record at the age of 37.

Munyeki believes that if the conditions are right he can run a fast time in Toronto on October 14th. A course record and the bonus money that will bring can help immensely with another important goal.

“I want to invest well with the money I will have earned (from running)” he declares.