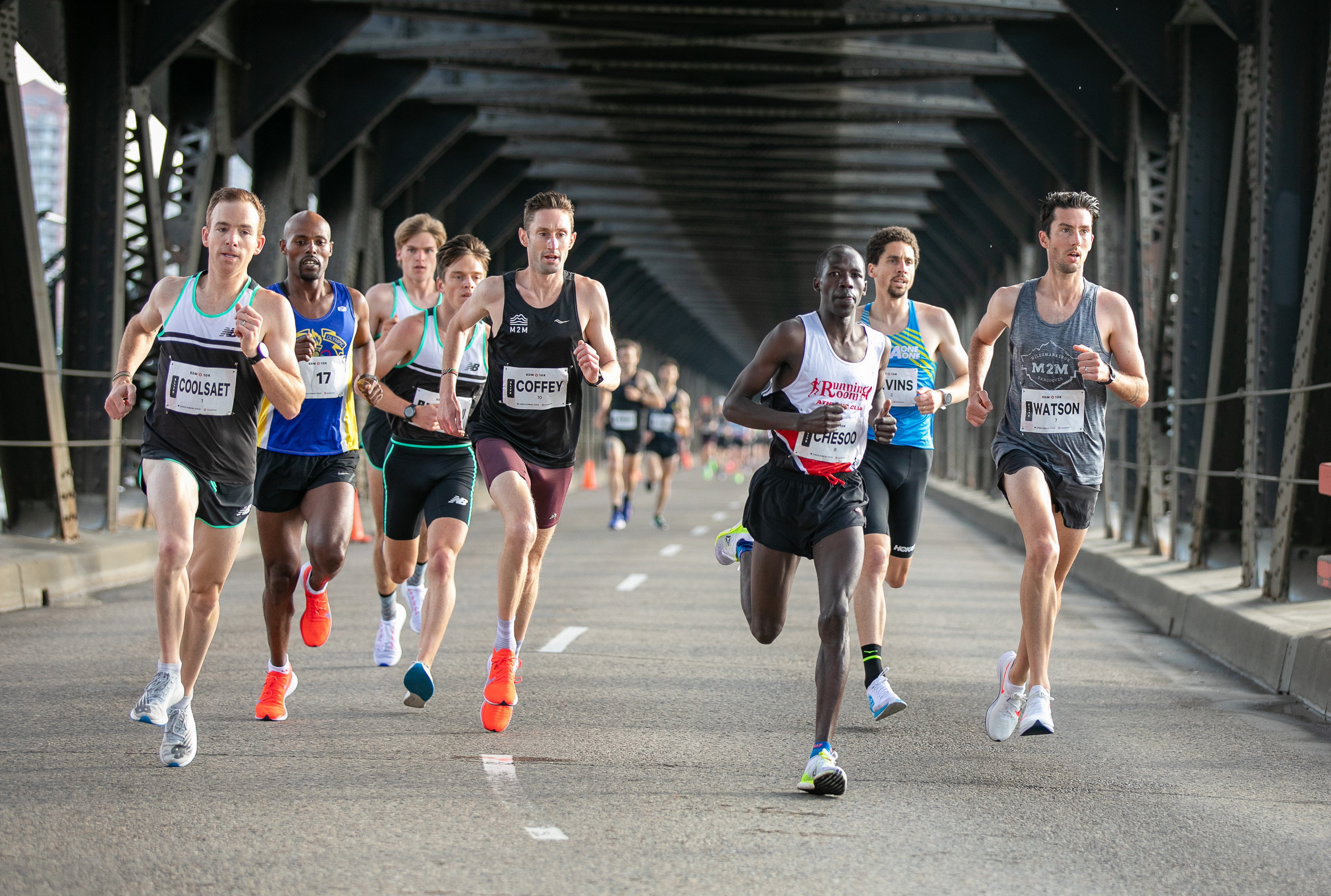 Edmonton’s Leonard Chesoo (29:28) and Vancouver’s Natasha Wodak (33:15) stormed to new course records in front of a sold-out crowd of 7,000 enthusiastic runners. It was a fine morning for running in the Alberta capital: 15 Celcius, overcast, and no wind. The scenic course, which took participants through the heart of the city and along the High Level Bridge, attracted Olympians and recreational runners from across the country and the U.S. In fact, “Guests from seven provinces, two  territories, eleven states, and six (6!) countries traveled to Edmonton for today’s 10K. It was a world-wide running meetup and the energy was palpable! It was just a massive celebration of running and a healthy, mindful lifestyle.” said Alan Brookes, President, Canada Running Series.

“This is a race to celebrate the city of Edmonton and all the fantastic people who choose
to call it home,” says Natalie Westlake, Director, North America Community, lululemon.
“Since its inception two years ago, the race has grown in popularity, this year selling out
in 10 hours. Every runner gets to experience the city in a special way—whether it’s
through running across the High Level Bridge, experiencing the sense of community at
the post-race party, or celebrating the fact that we have raised more than $35,000 for
our charitable partner Wellspring Edmonton.”

With eight cheer stations along the route, the community extended beyond those
wearing bibs. Hundreds of spectators cheered on runners along the course, shouting
words of encouragement and waving motivational signs, with help from ivivva by
lululemon cheerleaders, Kokopelli Choir and CycleBar.

At press time, the lululemon Edmonton 10K had raised more than $35,000 for
lululemon’s social impact program “Here To Be” and Edmonton-based charity,
Wellspring Edmonton.

Defending champion, Reid Coolseat, was pleasantly surprised with his fourth-place
finish saying, “I’m happy with my race considering how close this race came after the
Ottawa marathon. It was good to kick it in with Cam even though he edged me out of the
podium”.

Women’s champ, Natasha Wodak, was also pleased with the win, “I was in front the
whole way and thought Jess would be with me, but she held back,” she continued, “I’m
in a bit of a relaxed part of my season and since the Vancouver Scotia half and will now
start increasing intensity in preparation for the Pan Am Games 10,000m on August 6th.”
After a spectacular day in the Alberta capital, Canada Running Series will take a short
summer hiatus before moving on to Vancouver for the Eastside 10K and Toronto for the
Oasis Zoo Run in September.

Additional photos from today’s event are available for download upon request – reply to
this message if you are looking for a specific shot.

Fundraising for Here to Be and Wellspring Edmonton remains open until August 2, 2019
at Edmonton10k.com

About Canada Running Series
Canada Running Series is the nation’s premier running circuit with 8 events: 4 in
Toronto, 2 in Vancouver 1 in Montreal and 1 in Edmonton. It annually attracts some
65,000 participants and raises more than $6 million for some 320 mostly-local
charities. The Series includes the IAAF Gold Label Scotiabank Toronto Waterfront
Marathon, and the Athletics Canada National Marathon Championships. Since 1999,
CRS has gained international recognition for innovation and organization.
We are passionately committed to staging great experiences for runners of all levels
from Canadian Olympians and International stars, to healthy lifestyle people and charity
runners; and to making sport part of sustainable communities and the city-building
process. Our mission is “building community through the sport of running.”