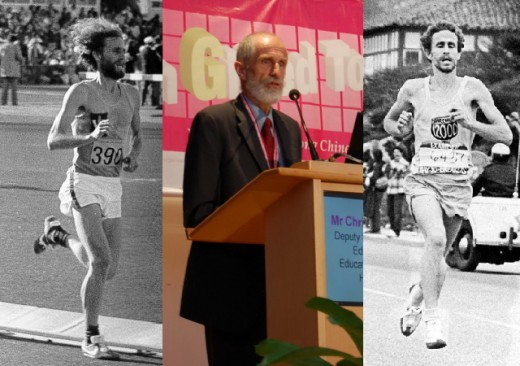 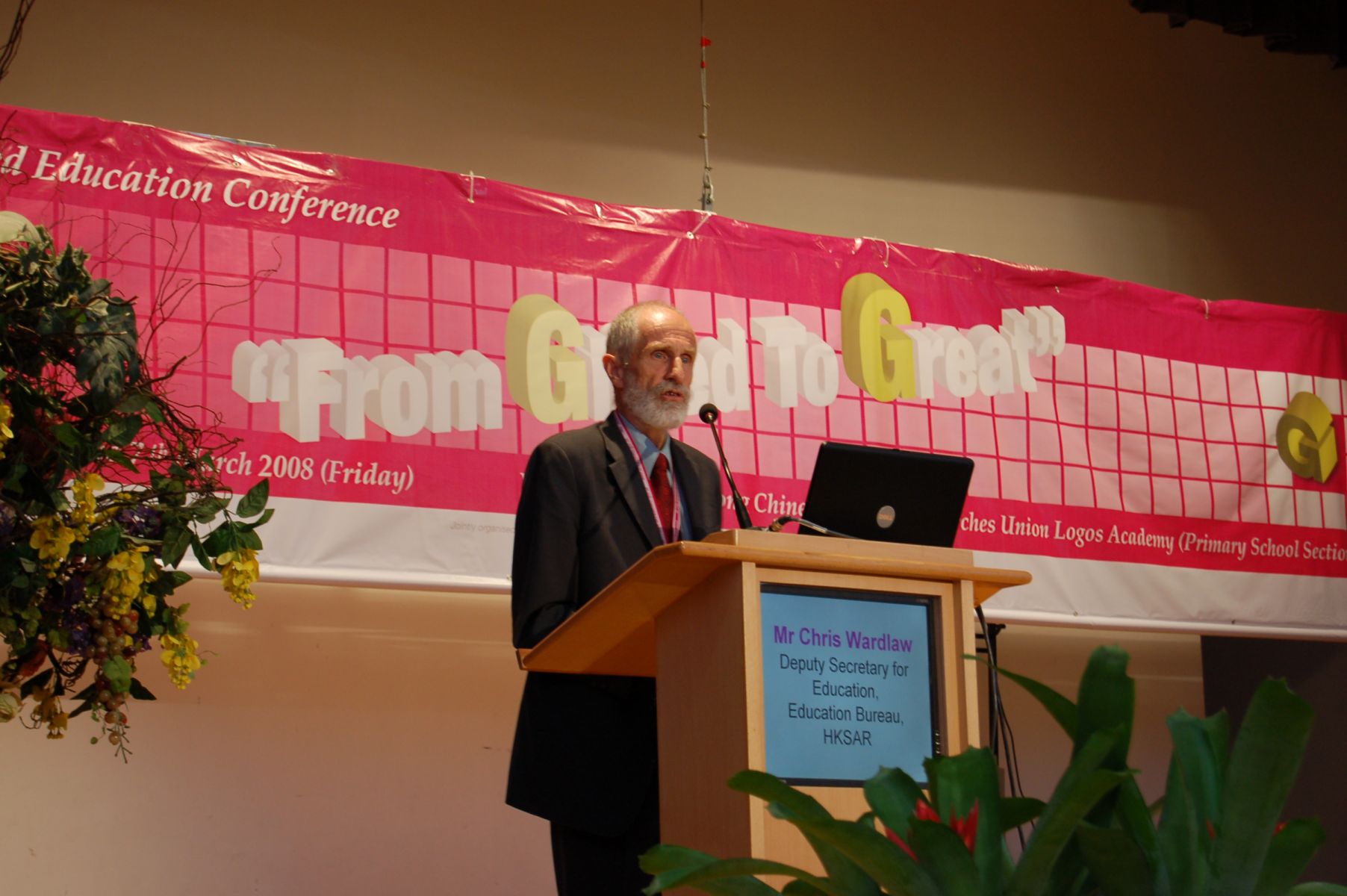 Two-time Olympian Chris Wardlaw of Australia may be better known for his role in athletics as a coach, having mentored such great Australian marathoners as Steve Moneghetti and Kerryn McCann as well as 5000m ace Craig Mottram.

The St. Marys, New South Wales native competed in the 1976 Montreal Olympic Games in the 10000 metre event, finishing twelfth overall however; he is particularly proud of being the only Australian to have won both the City-Surf in Sydney and the Bay to Breakers race in San Francisco. He has been involved with all Olympic Games since 1976 with the exception of the 1984 Los Angeles Olympics. He coached Mottram to his fourth games at the London 2012 games.

His professional career sees him as Deputy Secretary of the Office for Policy, Research and Innovation in Victoria’s Department of Education and Early Childhood Development.

Christopher Kelsall: You ran at a high level during the mid-1970s from 5k to the marathon. Can you illustrate the key differences between being a top-level runner today to back then?

Chris Wardlaw: I competed at the start of professionalism. The big difference nowadays is the ‘full time’ nature of distance running. This allows for the extra things we had just started to explore. Gym, conditioning, physiotherapy for maintenance and prevention instead of just for injuries, sport science in all its forms, massage etc. and importantly the rest needed to manage very hard training. But this has another perhaps darker side where athletes ignore career and life balance, and often over train, they over race and over travel, with all its consequences. For what it is worth I do not think a great deal has changed in ‘training’, other than the anaerobic/aerobic mix has become more acute at 1500m and 5000m than 10k than in my day. In the ‘70s, 10k was still a distance event! Like 50 is the new middle age, 5k is now middle distance!

CK: Robbie Johnson illustrated the difference – you probably read the article – between Hicham El Gerrouj of Morocco and John Walker of New

Zealand. Interesting your summary matches much of what Johnson wrote. What do you think is the next step in the progress of professionalism training?

CW: I reckon it more likely we will have athletes with much longer careers, which is already happening. This will be the result of better yearly and quadrennial planning. Athletes will have periods of greater fallow or very relaxed periods of recovery running, up to three months. Also they will naturally race less as a result of this and I hope as indicated in other answers that they have a better balance of both surface and distance. And of course they will do the half-a-percenters better: diet, core conditioning, preventive massage and physiotherapy, maybe psychology and other sports science. I am never convinced athletes should train faster and longer. Too many failed experiments in this area! I really hope there is no move to micro dosage actions and other stretching the limits of chemistry, but we can only educate against this.

CK: Are you still running?

CW: Yes. I try to run every day. But I am getting slower! I often say I am still aiming for Rio, but my chances are slim……I run two hours on Sundays at Ferny Creek, an hour on Saturdays, and 30-40 minutes on the other days.

CK: Any desire to challenge in the senior categories?

CW: I am always thinking about higher performance. I have been winning the 60s here in Victoria over cross and road! And when I was in Hong Kong for a number of years I got pretty competitive in the 50-plus category.  Older runners will tell you how the mind is still thinking you can run fast, but the time clock does not pander to us!

CK: Your 28:15, 13:34 and 2:11:55 personal bests all seem to be remarkably equal in performance standard. Did you consider yourself a specialist at the time?

CW: Like most athletes I moved from miles at school to track distance and then marathon at 25. I think I was a better 10k runner than other events, but really my best event was cross-country. And like most runners I think I should have run faster in all events. In my coaching I have a mantra for them that they are ‘distance runners’ and should be capable across all distances and surfaces. I generally have found as athletes ‘move up ‘in distance they do better at the event they have moved from!

CK: Athletes who train for distance first and quality second seem to have longer careers over a range of distances. Do you subscribe to this notion?

CW: I have a slight variant. I reckon the long run and then the second long run each week is the anchor for quality training. Cadence, musculoskeletal skeletal strength and aerobic conditioning are the three massive benefits. If you get these done then you can get fit enough to train. Too many people try to train without getting fit first. Even Mottram ran 1.40 and then 1.30 weekly and ran 3.48 for the mile. I am firmly in the Lydiard School, but with necessary variation for the modern runner who wants to be in shape to race year round.

CK: Who are your running and coaching mentors?

CW: I did a lot of early running and experimentation with Bruce Jones (living in Auckland for many years now) when I returned to running at University. I was pretty motivated to beat Bruce, a school mate at Melbourne High School. As I got to a pretty good level, I met up with Pat Clohessy and he was my guiding light throughout my career. Clo was of course strongly connected to Clarkie (Ron Clark), who I think should be included in the preamble to the Australian Constitution, and the Glenhuntly greats John Coyle, Trevor Vincent and Tony Cook. These guys inspired me when I was emerging. I have had a great many training partners over the years. They all helped make running my life sport. I have also been inspired by athletes I have had the pleasure to have coached, Steve Moneghetti and Kerryn McCann in particular. Amongst coaches Peter Fortune, coach of Catherine Freeman has been a constant friend and mentor. This is a question I could spend too much time on!!

CK: Apparently you were coaching Craig Mottram, who you helped resurrect to respectable fitness; enough to make his fourth Olympic Games in London. Did you have to provide any unique and new training recommendations to get to acceptable fitness again?

CW: Craig was pretty injured post Beijing. He had carried bad tendons for many months in training and races when in retrospect he should have just stopped. So we had a very hard road to get back to being able to run pain free and enjoy his running again. He had always run from a strength basis so not much changed, just less intensity and proper recovery and better race planning. To get to four different Olympic 5000m finals is a rare feat. Craig is an outstanding athlete. By the way, we have not seen the last of him. But it will not be at 5k.

“I reckon the resurgence in the USA is largely because the best runners have been rescued from incessant road racing. This means the potent mix referred to above can do its magic.“

CK: Obvious next question, are you working with him at the marathon distance? 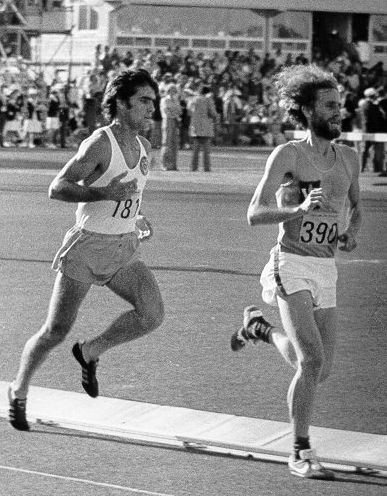 CW: I spoke with Craig today about this! Yes, Craig is keen to run a marathon. He has performed brilliantly over all distance and surfaces, so the marathon is the logical step for him. I reckon he has the cadence and relaxation to run very well. But I would also like him to have a real crack at 10k, a distance he has not tapped as yet. I said when he asked me to coach him post-Beijing that I saw him as a five times Olympian. I do believe this possible. Craig is pretty fit as he settles into a job and family life. I have a theory that it is easier to train for marathon-cum-10k than the 5k, which is a theory I would like to test!

CK: You have used the words “perseverance” and “pursuit of excellence” many times in the media over the years. Do you feel that the new mantra of “life balance” gets in the way of the former?

CW: Most athletes do not get to the level they should. This can be the result of a myriad of factors. Often talented runners quit when they cannot handle ‘losing’ or are impatient for success. I prefer athletes to pursue excellence and accept the result, wherever they finish. Excellence can come second. Think Tergat in the Sydney OG or Mottram in the ‘06 Commonwealth Games. Getting to your best requires a potent mix of perseverance, ambition and high level coaching and training. As above I reckon ‘life balance’ is helpful. But if we mean not putting ambition and perseverance first then that is not what I call life balance! Mediocre performance and less depth over recent years may be due to many factors like, having fewer participants and a spread of talent to other sports, and the impact of road running, which has distracted athletes from cross and track. I reckon the resurgence in the USA is largely because the best runners have been rescued from incessant road racing. This means the potent mix referred to above can do its magic.