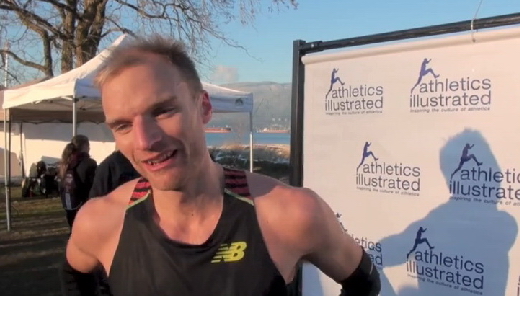 Twenty-eight-year-old Chris Winter of Vancouver, BC specialises in the 3,000m Steeplechase. So far, the Speed River Track and Field Club athlete has 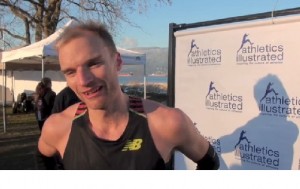 represented Canada in at least six world championships, as a junior and senior on the track and in cross-country. During 2015, he has an opportunity to make it seven with the IAAF World Track and Field Championships happening in Beijing, China, from the 22nd to the 30th of August.

Firstly, he has an opportunity to compete on home soil during the 2015 Pan-American Games that will take place from the 10th to the 26th of June in Toronto, Ontario.

Winter, as with many Canadian athletes are currently in Flagstaff, Arizona for a stint at altitude and at a base from where getting to important meets is a short strip, for example the Payton Jordan Invitational that happens at Stanford University.

There is more to qualifying to run for Canada than meeting a time, however, for Canadians wishing to compete in the steeplechase, the men will have to run at least as fast as 8:28.00. The qualifying period ends July 5th 2015. For the Pan-American Games, athletes will need to qualify by June 14th.

Christopher Kelsall: Will you be focusing specifically on the 3,000msc for the spring, in respect to making Worlds and Pan-Ams? Or will you race other distances?

Chris Winter: I will focus specifically on the steeplechase this season with goals of making both the Pan-Ams in Toronto and Worlds later in the summer in Beijing. The steeplechase, along with many other events in Canada have seen a real increase in depth over the past few years and so it’ll take all my focus to stand a chance at making either of these teams.

I always hope that it will line up for me one season to take a good shot at a 5,000m but so far it hasn’t worked out. I will run a couple of 1,500m but I will use them as tune-ups for the steeplechase.

CK: You are currently in Flagstaff to get in some altitude training, yes? I assume you are using that camp as a base area to travel to various meets like Payton Jordan, Occidental for example?

CW: Yes, we arrived in Flagstaff earlier this week and will be here until the end of April where we will then head to Payton Jordan and then Oxy a couple weeks later. Flagstaff is a magical place to train this time of the year. There are so many athletes from all over the world which makes for a great atmosphere. It’s hard to go anywhere in the city without bumping into other athletes.

CW: Winter training went about as perfect as I could hope for. I managed to stay healthy throughout and the west coast had a fairly mild winter which allowed me to get in a few more quality sessions than I typically would. I only raced once indoors through which I was fighting a cold and was not at my best. That said I felt I raced well and carried some good momentum out of that race. I am really looking forward to bringing a really solid base into training camp where I hope to put some finishing touches on my fitness which will set me up well for the outdoor season.

CK: You recently raced the Modo 8K in Vancouver, finishing third in 24:05 behind Geoff Martinson and winner Kelly Wiebe, who are both running well. Were you satisfied with the result?

CW: Yes and No. This was my first real road race since October 2012 (I ran a leg in the Chiba Ekiden in 2013) and I was excited to race on a different surface. Kelly went out hard (sub 2:45 first 1K) and I just tried to hang on as best I could, hoping he would come back to me over the final kilometres. Kelly was really strong on the day and in the end it was me who faltered over the last 1K. Overall, I really enjoyed the event and it was a good stimulus for early in the season, but I would have liked to have performed a bit better on the day.