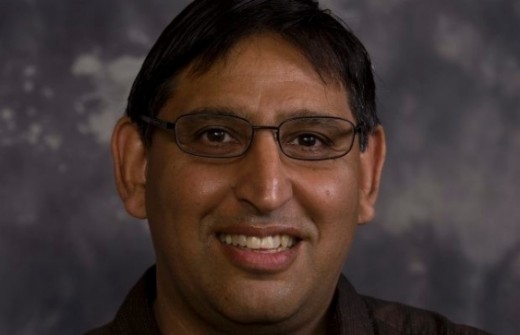 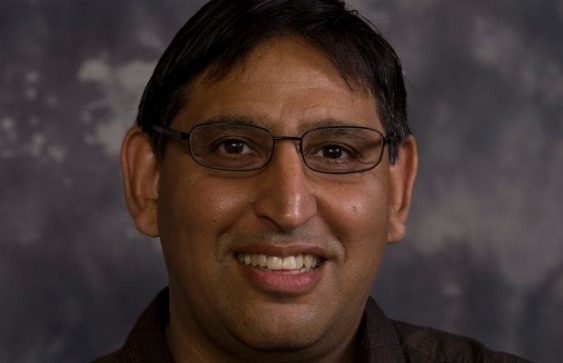 I joined Cleve Dheensaw recently for a beverage at a local establishment to discuss the history of the Victoria Track Classic and Centennial Stadium, he came prepared.

Dheensaw happens to be an award-winning journalist for the oldest major daily newspaper in Western Canada, the 153-year-old Times Colonist, located in Victoria, BC. He is also the author of several books, including Island of Champions: A Sporting History of Vancouver Island, Celebrate The Spirit: The Olympic Games, Commonwealth Games: The First 60 Years, Simon Says Gold: Simon Whitfield’s Pursuit of Athletic Excellence, and Lacrosse 100: One Hundred Years Of Lacrosse In B.C. As it turns out, when it comes to the sport of athletics (running and track and field), Dheensaw harbours a near encyclopaedic knowledge of the sport locally and is also very well versed in the international game. For a writer who must cover a plethora of major as well as local sports, his cache of Canadian athletics trivia history is impressive.

A product of the University of Victoria, Dheensaw immediately took up with the newspaper upon graduation in 1981; he continues to work at his first and only career position today. He has covered the Victoria Track Classic each year since its inception in 1988, 25 years ago. He was writing of the track meets at Centennial Stadium before the Track Classic existed, dating back to the early 1980s. Before then, being a fan of the sport, he remembers well the meets that happened during the late 1960s and all through the 1970s, including the year Canada and the US clashed at a dual meet. The entire US national sprint team came up for the 1968 meet, including many athletes who were to medal during the 1968 Mexico City Olympics. “The stands were full for that meet, said Dheensaw, reflecting.  He added, “It is interesting that in Canada there is a city that will experience a traffic jam after a track meet.”

As Dheensaw ponders the history of athletics in Victoria, he divides the generations into eras, where each era is unique and self-promotes via its own heroes, which in-turn perpetuates the success of the high-profile meets that follow. According to Dheensaw, each unique era’s success has as much to do with the knowledgeable crowds that pay to sit in the stands at Centennial, as do the various eras themselves. “Victoria has such a strong running population – they know the sport so well and are respectful of the athletes at the track meets,” says Dheensaw, while suggesting that the Track Classic is like a smaller version of Eugene, Oregon’s big meet, the Prefontaine Classic, that takes place each year at the famous Hayward Field. Eugene’s nickname is Track Town, USA.

The inaugural Victoria Track Classic was a big success as Victoria had submitted a bid for the 1994 Commonwealth Games and were competing against Cardiff, Wales, and New Delhi, India. At that time the committee wanted to show that they can stage an exciting and successful international event. Peter Rono was recruited to run. Although the Victoria fans are knowledgeable enough to know that the great, three-time world record holder Henry Rono and Peter were not related, his name still carried marketing value, however; most likely from simply being Kenyan, than anything else. The latter Rono was virtually unknown at the time. “Well Peter shows up and wins the 800m anyway,” chuckles Deensaw. “The crowd was electric with excitement, as it was an Olympic qualifying year, with the Seoul Games just around the corner. Those Olympics, later in the summer, drove interest for the meet the following year, as Rono ended up winning Olympic gold in the 1500m distance. Of course, it is something to say, we had an Olympic gold medallist at our meet. “It was a great start, as he was one of the athletes that made the event. The organising committee caught lightning in a bottle with that first meet,” said Dheensaw.

On that same evening, Victoria’s Dave Campbell won the main event, which was the 1500 metres. Additionally, Olympians Debbie Scott and Lynn (Kanuka) Williams, duelled over the 3000 metres against a top-American field, which made for a very exciting finish in front of the hometown crowd. Canadian Olympian Paul Williams, who owned several Canadian records in distances from 3000m to the 10000m – as well as being the first Canadian to break the 28-minute mark for 10000m –  duked it out against American Sydney Maree, who, in 1983 broke the world 1500m record in the time of 3:29.77. His name alone could top the bill for the night’s schedule. This first era was propped by the various international meets that took place before, as well as this first-year success. Those previous international meets also included other greats where their names can draw a full house, including the legendary Grete Waitz (Andersen), Alberto Salazar and John Walker to name a few. “Salazar drew great interest from his successes in the marathon, including winning the New York City Marathon around that time.”

During our conversation, Dheensaw again reflects with a measure of nostalgia. Memories of the era of the top female middle-distance runners cause him to rattle off their names in a staccato burst, “Angela Chalmers, Debbie Scott, Ulla Hansen, Leah Pells, Robyn Meagher,” he says enthusiastically, poking the air with each name. They were top international 1500m and 3000m athletes. Chalmers having won gold in the Commonwealth Games at home and Meagher winning silver, right behind her. He continues, “but of course having an Olympic bronze medallist (Chalmers) in the stadium is a draw. Later Pells finished very close (fourth) to earning a medal in the Olympics.”

Dheensaw can be seen at all the local events around Victoria. During the Times Colonist 10k and the GoodLife Fitness Victoria Marathon, he will be found in the finish chute, with pen and pad at the ready. The athletes automatically migrate towards Dheensaw – he is well-known locally as the media authority on all sports. In fact, he is well-known period. As we discussed track history, he nodded, waived and said “how are you doing?” to dozens of patrons. There are certain events that are on his editorial calendar come January 1st, the Bastion Square Grand Prix cycling races, Swiftsure International Yacht Race as well as the TC10k and the GoodLife Fitness Victoria Marathon. The Victoria Track Classic is as important as all the others. “It’s an event I look forward to every year, I write it on the calendar along with the other major sporting event that takes place in Victoria,” he said.

The Miracle Mile era – that magical nomenclature – that followed the so-coined (by Dheensaw), “top-middle-distance-women” era, was very exciting, as at that time, two of the very best NCAA athletes were from Canada, Kevin Sullivan from Brantford, Ontario and Graham Hood from Winnipeg, Manitoba and later Burlington, Ontario competed and drew good crowds. “Hood was a part of the legendary Arkansas Razorback team while Sullivan competed for the University of Michigan Wolverines. Those two were the big draw at that time,” says Dheensaw. “Then local favourite Zach Whitmarsh came up just after them. They were the main event,” he continues. The Miracle Mile had allure and was marketable to the Victoria audience because of the Landy-Bannister first sub-four-minute mile that took place in Vancouver was named, The Miracle Mile.

The era of the 800s followed and continues today, with up to seven Canadian women who could potentially qualify for the 2013 IAAF World Championships, that take place in Moscow, Russia. This era’s success can be credited to Diane Cummins and Gary Reed. “Those two, with Cummins being loved by the fans in her adopted home of Victoria by way of South Africa and Reed, from Kamloops, who also made Victoria home, were two international 800m runners that were the drawing cards for several years. The era of the 800s was complemented by Kamloops native, Dylan Armstrong in the shot put, he is the current Canadian record holder. “I have been downtown and people will come up to me and talk to me about Armstrong’s performance in the Olympics. When does a shot putter in Canada get that level of attention? He transcends the sport,” said Dheensaw.

He reflects on Cummins being down and out before the New Delhi Commonwealth Games. “Here she was in her late 30s, dropped by Athletics Canada and she won the bronze medal. I have covered her for years. As I am interviewing her, I was reminding her, saying, remember how down you were? Here you are a medallist again. It was a great moment.” Dheensaw showing hometown pride, says, “…I hope she continues to defy age, July 5th.”

Cummins owns the Canadian record for the 800-metre distance with her 1:58.39. She won Pan American gold and medalled three times in four Commonwealth Games with one top-five finish. Reed, likewise owns the Canadian record with his stellar 1:43.68 personal best time, finished fourth in the Beijing Olympics and won silver at the IAAF World Track and Field Championships. “I remember standing in the birdcage in Beijing, talking to Reed, here is this nice kid that I have covered for years and he was this close to a medal,” he motions. The final was indeed close, as the 800m distance is arguably the most competitive of all running events across the disciplines of road, cross-country and track running. The final times were 1:44.65, 1:44.70, 1:44.82 and Reed’s 1:44.94, fifth was 1:44.95.

Friday, July 5th at Centennial Stadium, at the 25th anniversary of the Victoria Track Classic, Cummins, at the age of 39 will continue to attempt to defy age and Reed, now retired, will be in attendance as the main event of the night will again feature him, but this time as a guest. He will be  honoured as the finale of the meet is dubbed, The Gary Reed 800 metre. Dheensaw, draws a breath, eases back in his chair and imparts reflectively, “Reed was just so effortless, a true elite and a real unique talent, people would come just to see him.”