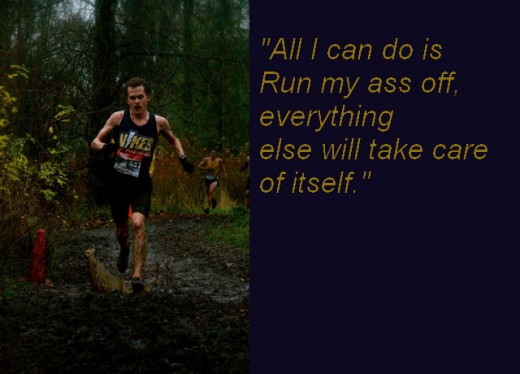 Former University of Victoria Vikes athlete Cliff Childs, who is originally from Kelowna, BC, continues to train full-time in Victoria. He has set his training plans towards competing in FISU 2013 (International University Sport Federation Championships). On October 27th he raced the BC Cross Country Championships, finishing in fourth overall and just 26 seconds behind winner Chris Winter. Childs will be competing in the Canadian Cross Country Championships, Saturday, November 24th. 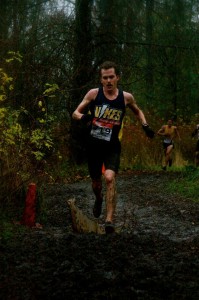 As a UVic Vike for five years, Childs helped the team to three Canada West titles. In his final year he captained them to third overall at CIS Cross Country Championships. Asked how his fitness is during his first post-Vikes season he said, “I think I’m pretty fit, probably a bit fitter than I was last year. It is hard to say though as I have only run one race so far this year. However, it seems to be going pretty well, so far.”

“All I can do is run my ass off, everything else will take care of itself.”

Asked about his performance at the BC Cross Country Championships, Childs said, “I didn’t really have any expectations. I just wanted to go out and run hard and try and beat a few people. I think I accomplished both of those.”

The Canadian Cross Country Championships course is located in the Kitsilano neighbourhood of Vancouver, BC at Jericho Beach. It is a 2km loop that runs parallel to the beach. Often it can become muddy, especially on the upper part of the loop, whereas the BC Cross Country Championships course in Abbotsford had firm footing, with gravel, grass and chip trail. Childs is a fan of firm ground. The course could go either way for 2012, as dry periods have come interspersed with very wet periods around the city of Vancouver, which is typically socked-in with consistent rain at this time of year. “If it is anything like last year I am not a big fan. I don’t mind a hard course, said the twenty-three-year-old, “but I really dislike soft, muddy ground. I’d prefer a hard-packed hilly course. However, my opinion of the course is irrelevant to how I perform. Just because I don’t like the course doesn’t mean I can’t run well on it. All I can do is run my ass off. Everything else will take care of itself.”

SELECTION PROCESS for the NACAC Championship

Team selections will be based on order of finish at the Trials with the top 5 being automatically selectable. Others will be in the selection pool should any of the first 5 be unable to participate.

In order for a team to be selected, a minimum of 4 ELIGIBLE finishers must declare for the team

OBJECTIVES for the IAAF World Championships

+NOTE – Teams are not guaranteed to attend the IAAF World Championships

Athletes are expected to compete at the NACAC Championships January, 2013 in Jamaica.

Athletes who have achieved an AC Olympic standard in a running event 3000m or longer in 2011 and/or 2012 may request an exemption.

Team selections will be based on order of finish at the Trials with the top 5 being automatically selectable. Others will be in the selection pool should any of the first 5 be unable to participate.

In the event that a team is not selectable, NACAC champions will be selectable as individuals.