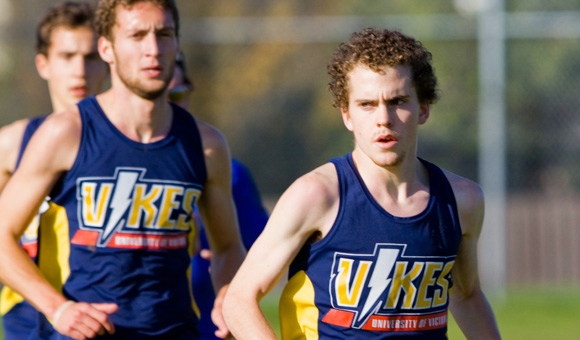 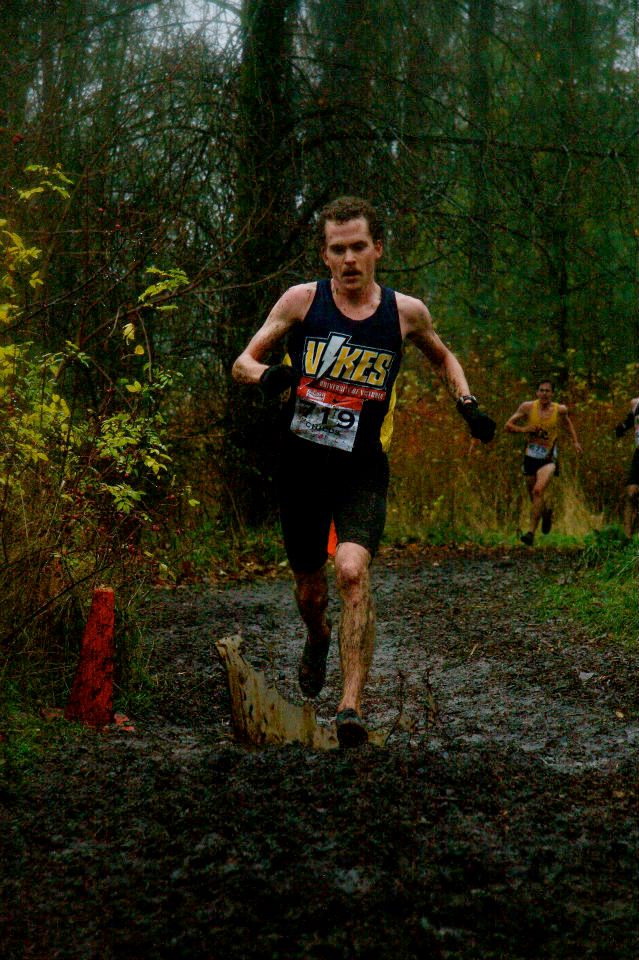 University of Victoria Vikes cross-country and track athlete Clifford Childs, in his fifth and final year of eligibility, helped his team to their ninth, tenth and eleventh Canada West cross-country titles in the CIS (Canadian Interuniversity Sport). They placed third nationally, with 82 points finishing behind Guelph (20) and Windsor (49), respectively on November 12, 2011.

While the Kelowna, BC native and Vikes Team Captain is finishing up his economics degree, he is planning on helping the Vikes to more team awards at the CIS Track and Field Championships, to cap off the 2012 Vikes season March 8th through 10th at the University of Manitoba in Winnipeg.

Christopher Kelsall: What has been the highlight of your time with the Vikes, so far?

Clifford Childs: There have been quite few highlights, but I think the team’s 3rd place finish at CIS this year definitely tops the list. To be able leave the CIS with a team cross-country medal is huge. Almost every year, starting with my first year, we went into CIS thinking we had really good shot at a medal and every year we would come up short, sometimes by a lot. I crossed the line and waited for my teammates to come through, seeing them all do so well was a moment I will never forget. I couldn’t be prouder of them.

CK: What do you think is the reason that your expectations were higher than the end results? Was that a training issue?

CC: I don’t think there was any single reason. Just the history of the Vikes program automatically makes our expectations higher. We want to live up to the high standards Vikes teams before us have achieved. Most years we have had a pretty good shot at a medal but just weren’t able to perform to our potential at CIS; sometimes our lack of performance was because of injury or illness and other times we just choked. The training volume was definitely higher this year, but wouldn’t peg volume as the only reason things went better this year.

Keith (Butler) and Brent (Fougner) both do a very good job of gradually introducing people to the training we do and finding things the group as a whole can change in their training. This year we had a situation where we had a lot of guys who had put in a few years of consistent training and are ready to handle higher volume and the coaches decided, correctly, that it was a good idea to add few more hard tempo runs. I think what made the biggest difference this year is the team’s commitment to each other. It is a lot easier to train and compete when you are doing it for the team.

CK: Was the addition of more tempo running via new coach, Keith Butler a major contributor to the third place finish?

CC: It definitely helped. We tried to get in training that was specific to 10k and specific to the CIS course. We did a lot of tempos over Cedar Hill golf course that ranged from 25-45min. Getting in a hard sustain effort over hilly terrain makes racing feel a lot easier. Having Keith around has really helped, he has brought in a lot of new ideas and energy into the program. I think having two coaches that are able to collaborate and challenge each other’s training ideas is really good thing for any program.

CK: Is there a close-knit, real team feeling to the group?

CC: Yes, the team is extremely close. We are very fortunate that everyone gets along really well and buys into the team’s culture and training philosophy. It really is a true team in that everyone is willing to make personal sacrifices for the sake of the team. Going into CIS cross, the first goal of everyone was to win a team medal, all individual success was secondary. Same goes for track, winning the relays is the most important thing. I think because we are such good friends and spend so much time together, we really want to see each other succeed and we want to succeed together. Plus, winning team medals always makes for a better after-party than individual medals.

CK: What does the recruitment of Brendon Restall do for the team?

CC: Brendon will be great addition to team. He is by far the most talented runner we have had commit to the program at least since I have been here and maybe ever. Seeing him workout and talking to him he seems to have an amazing work ethic and level of commitment, which I see as being more important than his level of talent. I have no doubt that if he stays committed he will be one of the most decorated CIS athletes ever by the time he graduates.

CC: It is definitely possible. However, I don’t think Brendon will have any impact on our cross- country result. I think the jump from 400m to 10k might be a bit much (laughs). I think all of the  cross-country guys have a lot of potential to improve. Through improvement they will more than make up for points that the loss of me will cost them. Everyone of them still has a long way to go before they get anywhere near their potential. I think if they all get in a consistent year of training they will continue to close the gap on Guelph and Windsor. I would not be the least bit surprised if they came away with silver or gold next year. That being said, it won’t be easy. Windsor and Guelph are extremely good teams and Queens wasn’t that far behind us this year. I don’t see any of those teams getting any worse next year.

CK: Last year you drove to a National Track League event that was taking place in Edmonton. When you got there, it was cancelled. Did you drive from Victoria? Are you flying there next time?

CC: (laughs) No, luckily I was in Calgary and my brother drove me up. It was a major inconvenience, but not nearly as bad as driving there all the way from Victoria. It is unfortunate that the weather didn’t cooperate, hopefully it doesn’t deter people from supporting the event in the future.

Ed. note: (Calgary to Edmonton is a three hour drive, while Victoria to Edmonton would take 12 hours including the Ferry. The 2011 Edmonton NTL meet was cancelled due to a severe electrical and rain storm).

CK: Which meets are you likely to take in this year during the NTL?

CC: I am not to sure yet. Victoria and Vancouver for sure. I wouldn’t mind giving Edmonton another shot. Toronto would be cool as well. Now that I think about it my old team captain lives in Halifax (Nova Scotia) so that Aileen Meagher event would be a good one. And if I’m out east I might as well make the trip out to Moncton (New Brunswick). I guess I have some decisions to make.

CK: Kelowna is a recreationally-oriented city, were you active as a kid growing up there?

CC: Yes, Kelowna is a great city. It has a perfect four-season climate. I spent the winters snowboarding, playing hockey and the summers running, wake boarding, biking, hiking and going to be beach. It was an amazing place to grow up. I also spent a lot of my childhood growing up in the Kooteney’s and Northern, BC where I played a lot of hockey and did a lot camping, fishing, and hiking. I love BC. When I travel I often find myself saying, “this is nice, but BC is better.” It truly is the best place on earth.

CK: Your NHL hockey team is?

CK: So not the Vancouver Canucks?

CC: I only cheer for teams that have won the Stanley Cup…. (laughs) but really both my parents are from Calgary and almost all my extended family still live in Calgary. So I have been I fan since ‘89. I guess I was born into it.

CK: Ouch. Well at least its not the Toronto Maple Leafs.

CC: Ya, thank god my parents aren’t from Toronto. It would really be a pain to cheer for a team that is so consistently bad. Especially when fans don’t get the benefit of having cheap tickets like most bad teams. Plus, I heard somewhere the Air Canada Center has implemented a business formal dress code.

CK: Who needs that? I have reason the believe that your middle name starts with a “C” like your first and last names. Does it stand for Calgary?

CC: (Laughing) I wish. It actually stands for Cameron which is my mom’s maiden name. My mom is from Calgary. Her parents and siblings all still live there so I guess it represents part of my connection to the city.

CK: Here you are half-way through your final year at UVic. You mentioned that you are going to train full-time until FISU 2013? What then? Do you see yourself as a lifetime runner?

CC: Absolutely, right now the plan is to train as full-time at least until FISU 2013. Unfortunately training full-time costs a lot of money, so even when I’m training full-time I will have to be working part-time. Beyond FISU, I would love to continue to train as a full-time athlete and I will if I’m running at a level high enough to get carded or sponsored. Whenever I decide that the dream of being a full-time athlete is over I won’t just stop running. I see myself as someone who doesn’t run just because I like to win or be successful or because I really like being part of  a training group. Though I do enjoy those aspects of running, the main reason why I run is because I love running. Easy solo runs, group tempos, adventure runs or track workouts — I love it all. I don’t see my passion for it letting up for any reason.