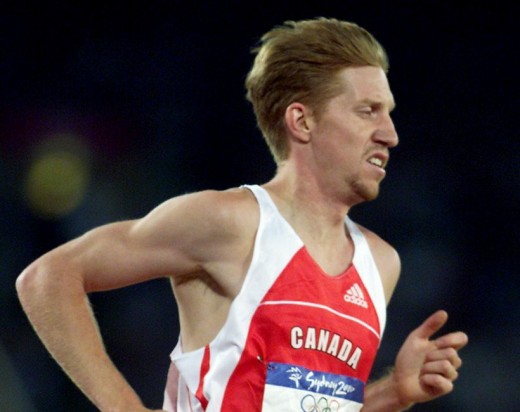 As reported on the University of Michigan Wolverines website, legendary Canadian middle-distance athlete Kevin Sullivan has joined his alma mater as a coach. He is now the head coach of the cross country team and assistant track and field coach.

“We are excited to add Kevin to our coaching staff and have him lend his expertise in both cross country and long distance running to our student-athletes,” said Clayton. “Kevin achieved at the highest level at Michigan and on the international running scene. His experiences will be a major advantage for our middle and long distance program. We look forward to having him return to the Michigan family.

Sullivan officially joined the Wolverines on July 21st after coaching stints with Florida State University and the University of Illinois. He started his coaching experience as an assistant with the Wolverines dating back to 1999. Sullivan was an athlete representative with Athletics Canada for several years, which gave him a seat on the board of directors and valuable insight to the administrative side of the sport. He is now armed with a broad range of experience in the sport of athletics, as a world-class athlete, coach and administrator. Perhaps just as importantly, he was seeking a head coaching position like this one, “I don’t know all the reasons for the coaching change here at Michigan but I was actively looking at open coaching positions around the NCAA when this position did open up, I jumped at the opportunity to apply for it”.

Sullivan has gained valuable experience over the past two decades by working alongside or under other highly successful coaches, “I’ve been very fortunate that I’ve had the opportunity to work for and be coached by some very brilliant coaching minds. Coach Ron Warhurst (Michigan) taught me that coaching is not just science, but also an art form. Coach Juli Benson really helped show me some of the finer details of ancillary training as well as how to adapt training to specific strengths and weaknesses of athletes, and how to coach an athlete to be mentally strong. Coach Gary Wieneke was such a great mind when it came to both middle and long distance runners and showed me that they do not have to be mutually exclusive. Coach Bob Braman is amazing at juggling so many duties as head coach of a combined program and still being able to coach at a high level. And Coach Karen Harvey showed me how important attention to detail is in all aspect of training,” shared Sullivan.

Asked if he will be involved with recruiting he told Athletics Illustrated, “Yes, recruiting is such a huge part of having a successful program. No matter how competent of a coach that you are, if you don’t have a certain caliber of athlete then you are limited in the upside potential of your team. With not being hired on until July 21st I was already three weeks behind on being able to contact recruits but, I had accepted the position a couple weeks before my official start date so I was able to at least start compiling a recruiting statistics.”

Sullivan is also part owner of the running store, Capital City Runners located in Tallahassee, Florida. He will retain his partnership; however, will no longer be involved with the operational side of the business, so that he can focus his attention fully on the Michigan team.