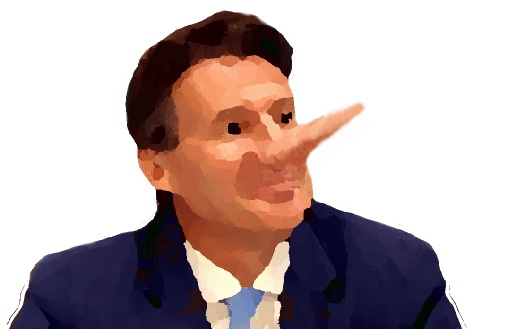 Sebastian Coe today said he had “no suspicions” about Lamine Diack, the man he replaced as President of the International Association of Athletics Federations (IAAF), after being called to task for praise he heaped on the now disgraced Senegalese.

The Briton is the man charged with pulling the sport out of the current turmoil it finds itself in after a double salvo of revelations made by the World Anti-Doping Agency’s (WADA) Independent Commission.

Much of the focus has been on Diack, who Coe replaced as IAAF President in August, who was accused of being “responsible for organising and enabling the conspiracy and corruption that took place in the IAAF” in the Commission’s second report which was released in Munich last week.

He is also the subject of a criminal investigation in France which alleges that he took money to cover-up doping allegations but Coe, speaking before the scandal was revealed, had glowing words for him when the baton was passed in Beijing.

When questioned on the comments in an interview with BBC Radio 5 Live, Coe replied “absolutely not” when asked if he ever suspected the octogenarian.

“I didn’t know then that all this was about to surface,” he said.

“This is a person who had globalised the sport to 214 countries.

“It was a strong sport.

“These were the observations I was making.

“I did not have a French prosecution charge sheet.

“I am not going to sit here and say I would have made the same remarks if I had known the extent of the allegations.”